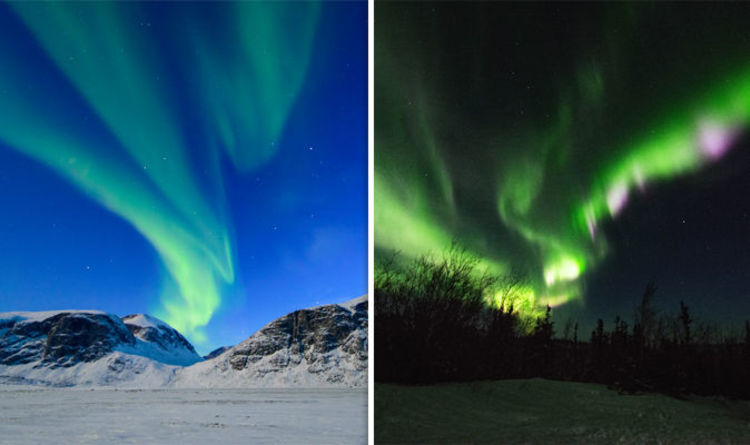 The spaceborne storm meant the Aurora Borealis was visible from various locations in the northern hemisphere, including Four Mile Lake in Alberta, Canada.

He said: “At 2 o’clock in the morning, the auroras were so bright I could see them through the glare of the full moon.”

At the storm’s peak, the Northern Lights spilt out across the breadth of the Canadian border into US states such as New York, Montana, Michigan and Indiana.

People from Alaska were also treated to the jaw-dropping display as the skies turned an iridescent shade of green.

At the same time, Southern Lights were photographed from several locations in New Zealand.

Forecasters did not see this exceptional space weather event coming.

The first clues came when with the arrival of a minor coronal mass ejection (CME), a significant release of plasma and magnetic field from the sun.

At first, the massive blast of solar energy barely registered in solar wind data readings on earth, and the earth’s magnetic field was unperturbed.

According to spaceweather.com, the action began only after earth entered the CME’s wake, where strong south-pointing magnetic fields opened a crack in our planet’s magnetosphere.

Spaceweather.com reports the storm is subsiding, but it is not over.

Its effects are still being felt in the Arctic Circle.

Sky watchers in the area should remain alert for auroras after nightfall on August 26-27.

Keen sky watchers and photographers across the US snapped the celestial storm in impressive images shared online.

Hongming Zheng took a breathtaking shot that managed to capture the geomagnetic storm alongside a lightning bolt from a thunderstorm in West Lafayette, Indiana, US, on August 26.

Of his photo, the keen weather watcher said: “Taken around 3.33am, during a strong geomagnetic storm that brought the Northern Lights down to Indiana in a faint glow on the horizon, as well as a building thunderstorm.

“Unfortunately, it was a hazy full moon night which washed out most of the Aurora, otherwise it would have been a spectacular green and red glow against a black sky.

“Yet despite these circumstances, the Aurora was able to overcome it and be visible down here at 40°N.”

Two for the price of oneSiwat Kumpookaew/EyeEm/Getty By Leah Crane A new kind of pixel will have you seeing double. Researchers have […] 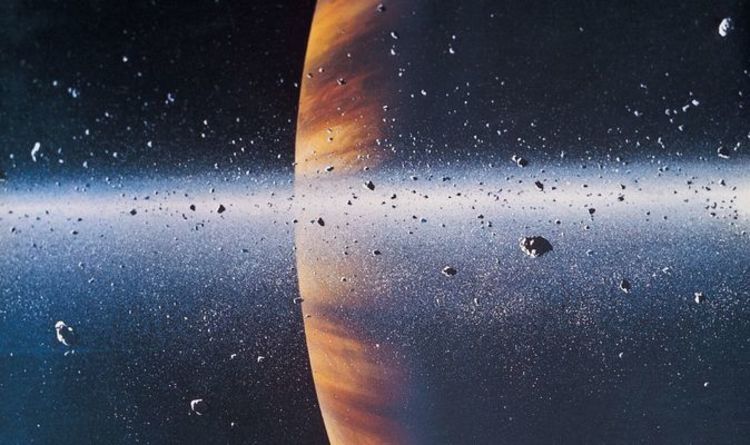 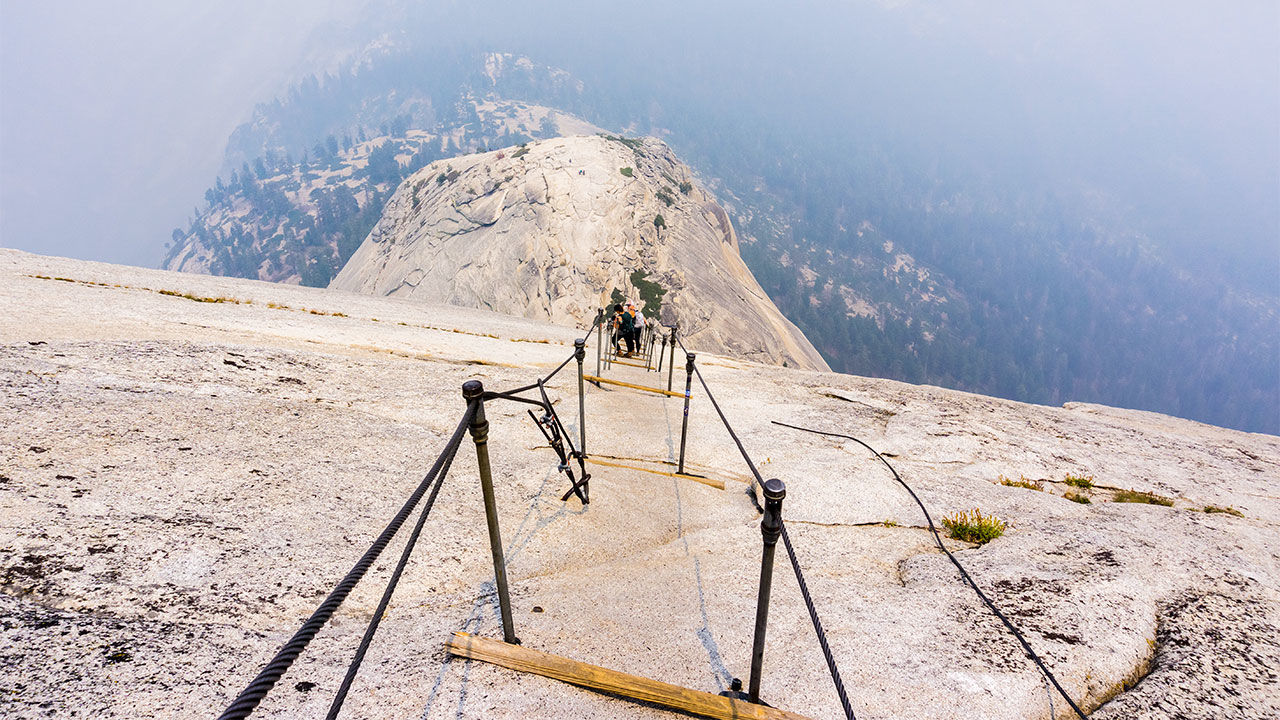 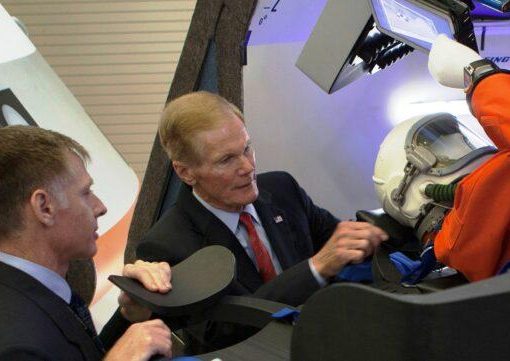 In a 2014 photo taken during his time as a U.S. senator, Bill Nelson (center) checks out a mockup of the Boeing […]