(DUBLIN) — Pope Francis faced a lukewarm reception and scattered protests Saturday on his trip to Ireland, with even his vow to rid the church of the “scourge” of sexual abuse and his outrage at those “repugnant crimes” dismissed as a disappointment by some of Ireland’s wounded victims.

But others who met with him in private left heartened that he would respond to their plight, including two of the thousands of children who were forcibly put up for adoption for the shame of having been born to unwed mothers. They said Francis described the corruption and cover-up in the church as “caca” — translated by the Vatican translator for the English speakers as “filth as one sees in the toilet.”

The abuse scandal — which has exploded anew in the U.S. but has convulsed Ireland since the 1990s with revelations of unfathomable violence and humiliation against women and children — took center stage on the first day of Francis’ two-day trip. The visit was originally intended to celebrate Catholic families.

Francis responded to the outcry by vowing to end sex abuse and cover-up during a speech to Irish government authorities at Dublin Castle.

“The failure of ecclesiastical authorities — bishops, religious superiors, priests and others — to adequately address these repugnant crimes has rightly given rise to outrage, and remains a source of pain and shame for the Catholic community,” he told them. “I myself share these sentiments.”

He cited measures taken by his predecessor, Pope Benedict XVI, to respond to the crisis. But while Benedict is credited with cracking down on abusers, he never acknowledged the Vatican’s role in fueling a culture of cover-up or sanctioned bishops for failing to protect their flocks from predator priests.

Francis followed his promise with a 90-minute meeting with eight survivors of both clerical and institutional abuse and prayed quietly before a candle lit for victims in Dublin’s cathedral. But neither his words nor the meeting with victims is likely to assuage demands for heads to roll.

“Disappointing, nothing new,” was the reaction from Irish abuse survivor Marie Collins, a former member of Francis’ sex abuse advisory panel who quit last year in frustration. She later took part in Francis’ meeting with seven other abuse survivors, including two priests and a public official.

Colm O’Gorman, who is leading a solidarity rally on Sunday in Dublin for abuse victims, said Francis’ remarks about sharing the shame felt by Catholics were an “insult to faithful Catholics, who have no reason to feel shame because of the crimes of the Vatican and the institutional church.”

The reception that Francis received in Dublin contrasted sharply with the raucous, rock star welcome that greeted St. John Paul II in 1979 in the first-ever papal visit here. No one from the public was at the airport or the roads nearby when Francis arrived Saturday and the streets near a church-run homeless shelter that Francis visited were practically empty despite barricades designed to hold back crowds.

At one protest, people tossed baby shoes to remind the pope of the poor treatment the Catholic Church doled out to the children of unwed mothers.

Crowds did throng Francis’ popemobile route and gathered outside Dublin’s cathedral, basking in the sunny weather, and a stadium was nearly full for his evening vigil to close out the church’s family rally.

And two of the Irish adoptees said they were heartened Francis said he would address their concerns at Mass on Sunday. They are asking him to publicly state that their mothers had done nothing wrong and to encourage reconciliation between all unwed mothers, many of them now aged, who were forced by society and the church to give up their children.

Paul Redmond, who was born in a home and given up for adoption at 17 days, urged the pope to publicly call on the six orders of Catholic nuns who ran the homes to accept responsibility for the traumas they caused, issue an apology, and pay for the costs of inquiries.

“The pope did apologize to all of us for what happened in the homes,” he said.

The coalition of survivors of mother and baby homes estimates 100,000 single mothers were forcibly separated from their babies and that 6,000 babies died at the homes.

Deeply Catholic Ireland has had one of the world’s worst records of clergy sex abuse, crimes that were revealed to its 4.8 million people over the past decade by government-mandated inquiries. The reviews concluded that thousands of children were raped or molested by priests or physically abused in church-run schools — and Irish bishops worked for years to hide those crimes.

After the Irish church enacted tough new norms to fight abuse, it had been looking to the first visit by a pope in 39 years to show a different, more caring church.

More than 37,000 people, most of them young Catholics, signed up to attend a Vatican-sponsored World Meeting of Families that ends Sunday in Dublin, more than twice the number of a rally in Philadelphia three years ago.

Francis urged the Irish to recognize that for all its failings, the Catholic Church educated and cared for generations of Irish children in times of famine and great poverty.

Irish Prime Minister Leo Varadkar concurred, saying the church stepped in to care for Irish children when the state did not. But in his speech at Dublin Castle, he said both church and state had a history of “sorrow and shame,” and he urged the pope to ensure that victims of sex abuse find “justice and truth and healing.”

Varadkar cited the recent Pennsylvania grand jury report, which found 300 priests had abused more than 1,000 children over 70 years in six dioceses, in urging Francis to “ensure that from words flow actions.”

“In recent weeks, we have all listened to heart-breaking stories from Pennsylvania of brutal crimes perpetrated by people within the Catholic Church, and then obscured to protect the institution at the expense of innocent victims,” Varadkar said. “It’s a story all too tragically familiar here in Ireland.”

That history of abuse has left its mark. Irish voters in recent years have turned their backs on core Catholic teachings. They have overturned a constitutional ban on abortion and legalized divorce, contraception, previously banned homosexual acts and same-sex marriage.

Survivors of one of Ireland’s wretched mother and baby homes were to hold a demonstration Sunday at Tuam, site of a mass grave of hundreds of babies who died at a church-run home.

Francis will be nearby, visiting the Marian shrine at Knock, but has no plans to visit the grave site.

He did, however, hear about Tuam on Saturday from Ireland’s minister for children, Katherine Zappone. Their conversation wasn’t released but Francis said her words “still echo in my ears.”

An amateur Irish historian, Catherine Corless, traced the deaths of 796 children at the Tuam home to a grave in the orphanage’s sewage area. Corless and survivors of the home and their families want to unearth the site and give the children — all of whom were baptized — proper Christian burials.

Zappone’s ministry is to recommend this fall whether to accept that proposal or build a memorial at the site. 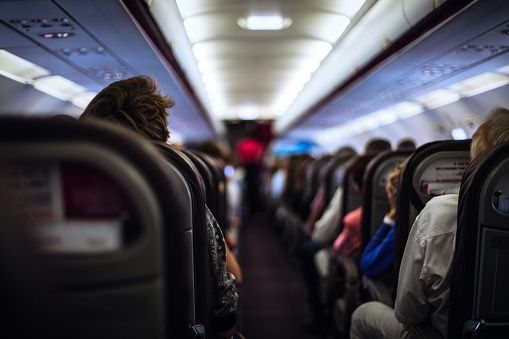 Man Accused of Groping Woman on Plane: Trump ‘Says It’s OK to Grab Women by Their Private Parts’ More A man who […] 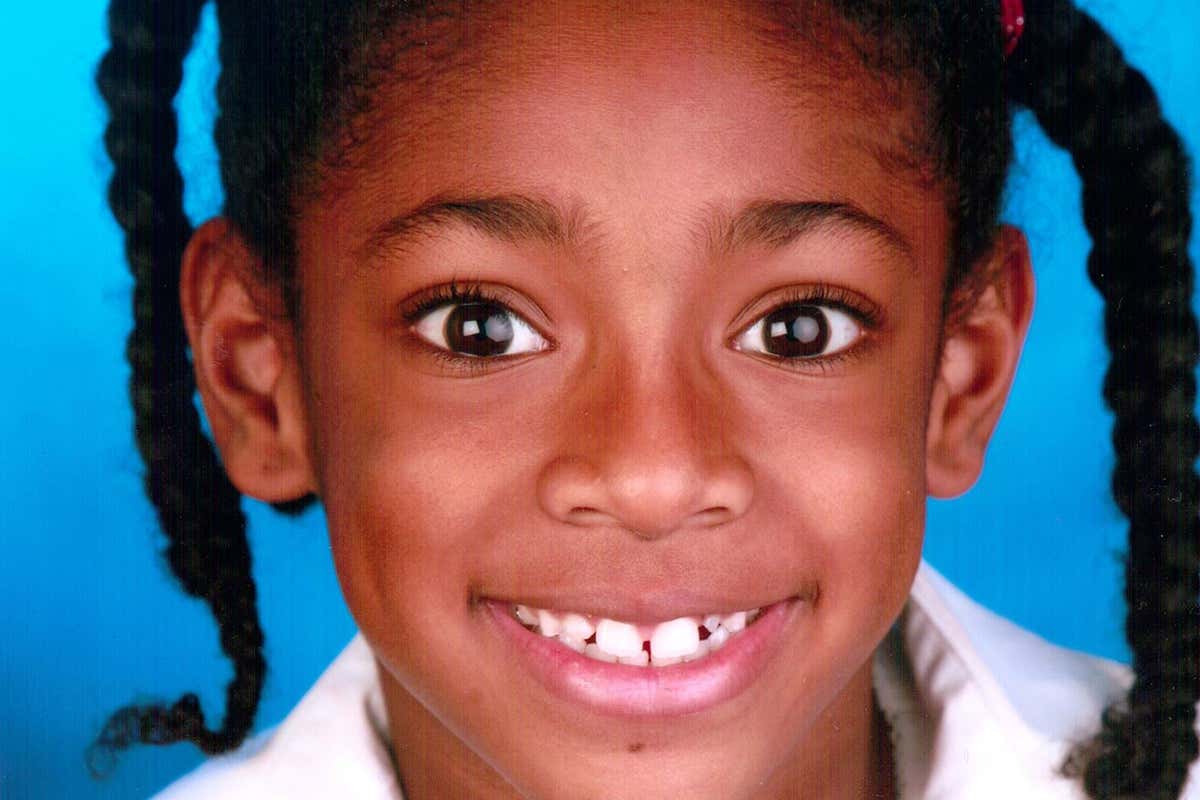 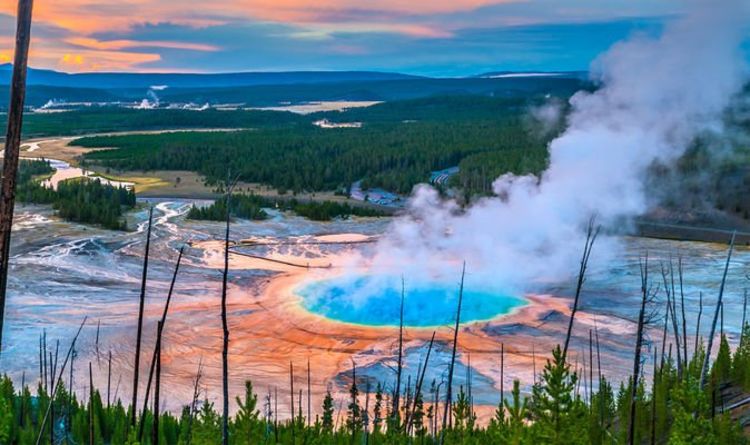 The Yellowstone volcano gets its chilling label as a supervolcano due to its ability to inflict devastation on a global level.  Pinned between the states […] 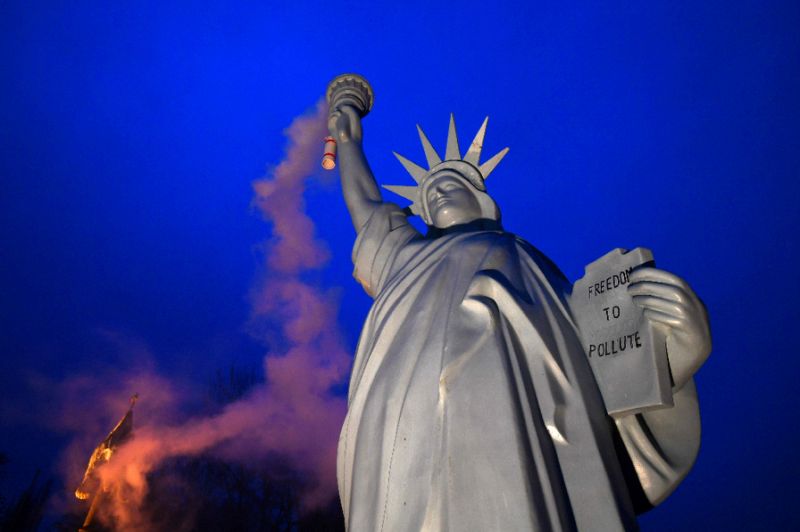