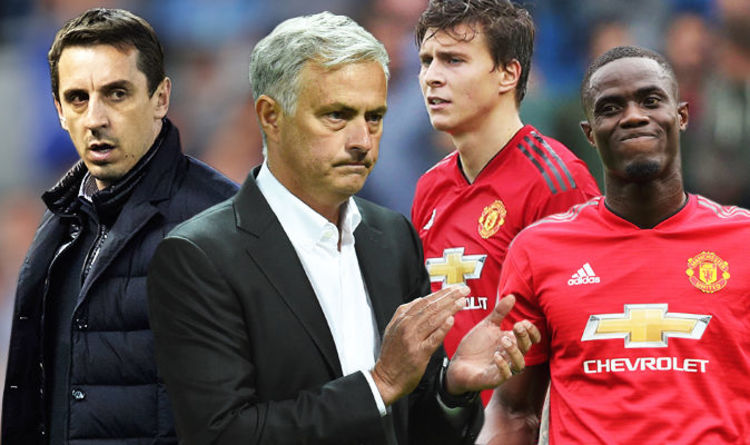 Manchester United suffered a disappointing 3-2 defeat to Brighton on Sunday as the players put in a lacklustre display.

Paul Pogba admitted in the aftermath the ‘attitude’ in his approach to the game was not right but it was the defence who bore the brunt of criticism from pundits and fans.

Mourinho opted for a 4-3-3 formation that saw Eric Bailly and Victor Lindelof as his centre-back pairing.

Bailly and Lindelof, both signings Mourinho made last year, started after his please for a new a new centre-back in the summer fell on deaf ears.

The Portuguese boss had been keen on signing Tottenham’s Toby Alderweireld and Leicester’s Harry Maguire but executive vice-chairman Ed Woodward refused to break the bank to sign them.

With Luke Shaw and Antonio Valencia making up the back four, Neville feels the quartet did not do enough to convince Mourinho that he should stick with that formation for Tottenham’s visit.

“I think we should offer balance. It is the second game of the season and it wasn’t all just about the defence,” Neville told Sky Sports.

“I thought Manchester United were poor going forward as well.

“They were static, they were poor passing through midfield and there were a series of single passes rather than combinations. When you are trying to chase a game, sustaining attacks and pressure-building is critical.

“There were times during my Manchester United career when we had back fours that conceded goals and we didn’t win leagues for two or three years at a time.

“I was part of those back fours and it wasn’t good enough. It eroded the confidence of everyone else in front because they thought every time there was an attack against us we’d concede a goal.

“Manchester United didn’t show that in the second half today and that was the most disappointing thing, along with the first half defending.

“I think it will force Manchester United and Jose Mourinho to go three at the back. I think, with the centre-backs he’s got, he will resort to that.

“When I look at the centre-back partnerships that he had at Chelsea, they had power and strength in his teams. He hasn’t got that here yet.”

Mourinho will also be forced to make a decision on whether Alexis Sanchez plays.

The Chilean missed the trip to the south coast on Sunday after picking up an injury in training on Friday.

“I don’t know really [the extent of Sanchez’s injury],” said the Portuguese boss after the loss. “Let’s wait for the results of the studies.

“But I don’t think it’s a big thing. I think it will be one or two weeks maximum.”

But Sanchez gave his manager a boost on Tuesday morning when he took to social media to update fans on his progress.

Sanchez uploaded a video on his Instagram page and wrote: “Training to be back soon. Come on United.”

Clayton Kershaw’s glittering career lacked two of the most satisfying accomplishments: a win deep in the World Series and a championship ring. […] 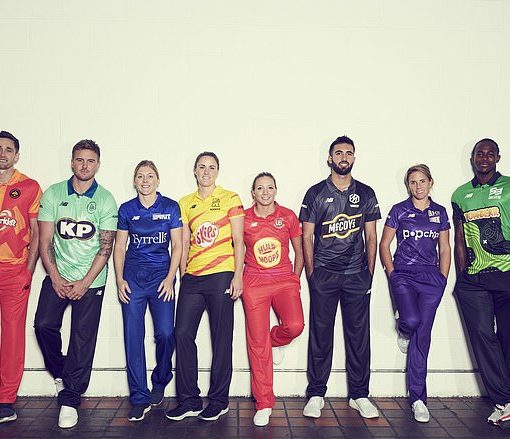