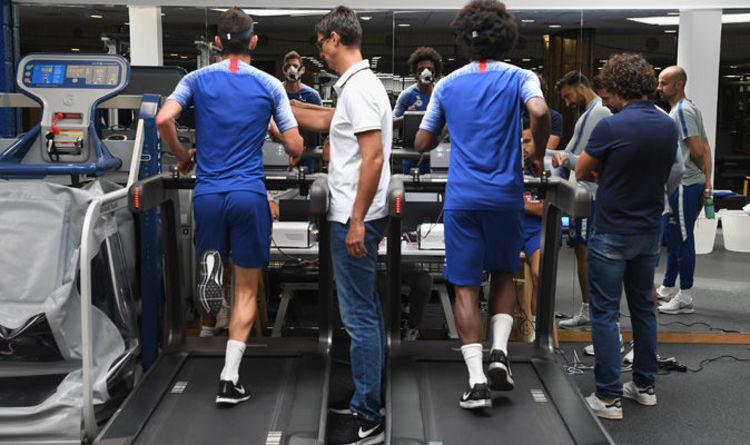 Chelsea stars have undergone a string of fitness tests to boost their sharpness in the early stages of the new Premier League season.

The Blues’ finest stars – including Eden Hazard and Alvaro Morata – were among the group who were pushed to their limits at their training base in Cobham.

Medical and coaching staff were on hand to monitor the players closely as they wore oxygen masks while running on treadmills in Chelsea’s slick gym facilities.

Marcos Alonso, Willian and new boy Mateo Kovacic were also among the players to be put to the test during the endurance checks.

Maurizio Sarri has implemented a new formation at Stamford Bridge, with Antonio Conte’s 3-4-3 system being coached out of the players, and a 4-3-3 style taking its place.

The players will have worked extensively to feel at home in their new positions, but Sarri is still keen to boost the fitness of his stars across the field in order to get the most out of them.

N’Golo Kante – who wasn’t pictured during the session – is renowned for his non-stop running in midfield, though other players will also be expected to cover every blade of grass during Sarri’s reign.

Chelsea fans will be keen to see Hazard back in action after failing to prove his fitness in time to start either of the Blues’ first two games of the season.

The Belgian star was given an extended break following his involvement in the World Cup, and has seen less than 45 minutes of game time during the victories over Huddersfield and Arsenal.

Hazard will hope to feature more prominently against Newcastle at St James’ Park on Sunday, and these fitness tests suggest he is approaching top condition.

Chelsea stars will continue their preparations this week for the trip to the North East and will be hoping to clinch another three points to continue their strong start to the season.

Take a look through the pictures below for the best snaps of the Chelsea stars in their fitness tests.

Johanna Konta conquered her nerves and her opponent, Karolina Pliskova, in three compelling sets here on Sunday to become the first British […] 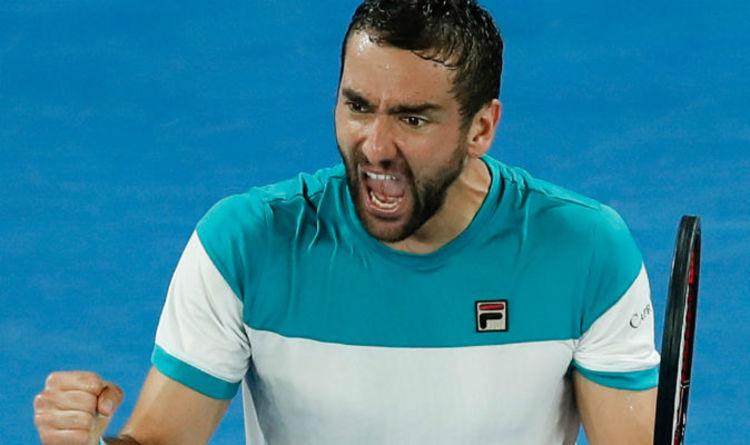 That is the view of former British No 1 John Lloyd. Cilic faces 19-time Grand Slam champion Federer in the Australian Open […]