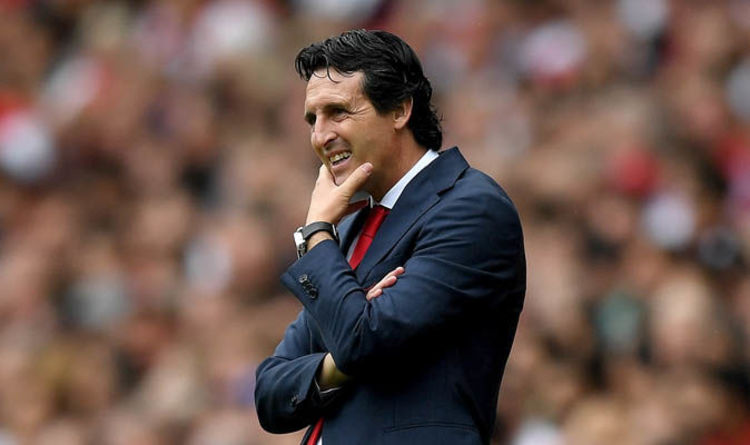 The Gunners have started the season poorly under their new manager, with two defeats from their opening two League games for the first time since 1992.

But Arsenal legend Parlour, who won three league titles and four FA Cups with the club over 466 games, believes that former Sevilla and Paris St Germain coach Emery has to be given time to get things right.

And he warned that unlike the latter days of previous manager Arsene Wenger’s reign, the players will discover a manager who is not afraid to haul big names off the pitch if they are not doing their job.

Mesut Ozil and Granit Xhaka were substituted in the defeat at Chelsea last weekend; Aaron Ramsey suffered the same fate in the loss against Manchester City in the opening game and was left on the bench at Stamford Bridge.

Parlour said: “One thing I like about Emery, if you are not doing your job, he will take you off.

“You did not see much of that last year, not with Ozil, who more or less played every single 90 minutes even if he was playing poorly.

“But against Chelsea Emery had Ramsey on the bench. It is off you come if you are not doing your job, not doing enough for the team. He is not scared to do that, to change things.

“Ozil is the big question. Can Emery get the best out of him? In training he will be pushing him, but whether the player wants to adapt to that is another matter.

“I don’t know Ozil or what his mentality is like, whether he will say he is up for the challenge.”

The same applies to Ramsey, whose talks with the club over a new deal, with just 11 months left on his current contract, have stalled over his wage demands. Emery has said he wants the Welshman to stay.

Parlour added: “I watched Emery in training and I was impressed. It was very, very intense. He is right into the players, demanding high standards, every single pass has got to be right.

“He was going one-on-one with players, trying to tell them what he wants. But it will take time.

“Emery is a winner. He is really driving people, and the players have got to adapt to him.”

Parlour believes it could take a couple of transfer windows before Emery gets the squad he wants and that a top-four place this season would be a major achievement.

“It might take a couple of windows, because if players won’t to adapt, he will have to get them out,” he said.

“It was poor. That is an issue for him, the centre-back situation. Maybe he will look at that in January,” said Parlour.

“I cannot sit here and say they will be alright, because at times defensively they were all over the place.

“Obviously the test now is West Ham on Saturday. At home, the pressure is on. They have had two tough games; win this one, and it can all look a lot better.

“With this squad, if Arsenal can get in the top four it will be a great season.”

Jack Wilshere is likely to return to the Emirates this Saturday for the first time since leaving Arsenal in the summer, and Parlour believes the midfielder made the right decision to go.

“Jack would have been down the pecking order,” he said. “He was 26 years old, left out of the England squad – he needed to get his career back on track.

“He has plenty left in the tank. Can West Ham get the best out of him? West Ham can build a team around him. They have got a real gem.”

There was a time when attaching a microphone to Brooks Koepka during a round of golf did not seem remotely appealing. As […]

7.35am GMT07:35 A couple of bits of news: Jos Buttler has joined the England sick ward so Bairstow will take the gloves […]