Here’s a look at every single benefit included with Prime — along with a few Amazon services you might have thought were included, but actually cost extra.

Many, if not most, of Amazon’s physical goods will be shipped to your door in two days — provided you live in the contiguous US states (sorry, Hawaiians). What’s especially remarkable about this is there’s no minimum order: Even if you buy a $5 HDMI cable, it’ll arrive in 48 hours. In fact, residents of some ZIP codes can enjoy same-day delivery at no extra charge, so as long as the order totals at least $35.

Not in a rush? Very often you can opt to forgo two-day delivery in exchange for credit that can be applied to digital purchases (ebooks, movie rentals and so on). Look for this option on the checkout page where you select your shipping option.

Suppose you preorder a new book from your favorite author or a hot new tech product. As a Prime subscriber, you’ll receive that item on the exact day it’s released — not two days later. Only certain items are eligible, of course.

Prime Now takes things hyperlocal, delivering groceries, restaurant food and other items in just 2 hours — or within 1 hour for an extra $7.99. As of this writing, however, Prime Now is available in just a handful of cities.

Toilet paper, dog food, shampoo, your favorite cereal — Prime Pantry will deliver these and other goods (pretty much anything that doesn’t require refrigeration) for free. However, you need to order a minimum of five “qualifying” items, otherwise there’s a flat $5.99 delivery charge.

Do you own an Alexa-compatible device? That could be anything from an Amazon Echo to a Dash Wand to a Fire tablet or TV. If so, utter these magic words: “Alexa, what are your deals?” She’ll rattle off a list of rather random Prime-exclusive deals, pausing after each one to ask if you want to buy it. It’s certainly not the most efficient way of shopping — especially if you opt to hop online to make sure the deal you’re getting is actually a good one — but it’s a Prime perk all the same.

Amazon is currently test-driving restaurant delivery, with the promise of easy ordering, real-time delivery tracking and no menu markups. It’s offered in 30 US cities and 20 more worldwide; use your ZIP code at the link above to see if it’s available in your area. If it is, Prime subscribers get free delivery within two hours of ordering.

Following Amazon’s acquisition of the grocery chain, you can now score exclusive perks and discounts.

For starters, residents of Austin, Texas;  Virginia Beach, Virginia; Cincinnati and Dallas can now get free 2-hour delivery from Whole Foods stores — though that requires a Prime Now membership. Amazon and Whole Foods plan to add more cities throughout 2018.

If you have an Amazon Prime credit card, you can now get 5 percent back on all Whole Foods purchases.

Even without that card or a Prime Now membership, Amazon Prime subscribers can get “special savings and in-store benefits,” though Amazon has yet to announce any specifics on that front.

Prime Video is akin to Netflix, offering movies, TV shows and original content. It’s accessible on virtually all mobile devices and most streaming sticks and boxes.

What’s more, many TV shows, and some movies, can be downloaded to your phone or tablet for offline viewing.

Amazon Prime Music affords unlimited, ad-free access to a song library stocked with over 2 million tracks. You can stream them to various devices, but songs can also be downloaded to your phone or tablet for offline listening.

Prime Music should not be confused with Amazon Music Unlimited (see “What’s not included with Amazon Prime,” below), which offers a much larger library (think: Spotify), but costs extra. Prime subscribers do get a break on the price, though.

Much like Google, Amazon Prime offers subscribers unlimited cloud storage for photos. For most people that means using the Amazon Drive app to upload pictures from phones and tablets, but there’s also a desktop app (for Windows and Mac) that can archive photos from your hard drive.

In addition, Prime Photos gives you 5GB of storage for documents and videos.

Created primarily with parents in mind, Elements offers an array of baby products that meet various quality and transparency standards.

You’ve probably seen Amazon’s little product-branded buttons, which let you reorder various consumables (like paper towels or laundry detergent) with just one press. Each button costs $4.99, and each product order costs whatever it costs, but you need to be a Prime subscriber if you want to use Dash at all.

Amazon’s Lightning deals run for limited time or while supplies last. If you’re a Prime subscriber, you get access to those deals 30 minutes ahead of nonsubscribers.

As part of your Prime subscription, you get access to the Kindle Owners’ Lending Library, which lets you check out one e-book per month and read that book on any Kindle e-reader or Fire tablet. The catch: This particular library offers a relatively small selection; don’t expect a lot of new titles or bestsellers.

It’s called Kindle First, and it works like this: Each month, Amazon editors curate six yet-to-be-released books and give Prime subscribers the chance to pick one of them — for free. And it’s for keeps, too; you’re not just borrowing the book.

Amazon’s new Prime Reading feature differs from the Lending Library in a few key ways. First, it’s not limited to Kindles: You can access the catalog of free e-books on phones, tablets and anything else capable of running a Kindle app. Second, the selection includes not only books, but also a rotating selection of magazines, comics, travel guides, Kindle Singles and more.

Amazon CEO Jeff Bezos owns the Post, so it should come as no surprise that there’s a deal to be had: a free six-month digital subscription, followed by a discounted rate of $3.99 monthly (normally $9.99). You can read the paper on your PC, a Fire tablet or any of the various Washington Post apps (available for Android and iOS).

Kind of like Prime Reading for audiobooks, Audible Channels for Prime (a $60-per-year value, according to Amazon) gives you unlimited access to a selection of original audio series and select audiobooks. Just keep in mind these are limited to streaming; you can’t download them for offline listening.

Hardcore gamers know all about Twitch, which lets users watch and share game videos. Now, thanks to the recent addition of Free Games with Prime, you can play some of those titles instead of just watching them.

At press time, for example, you could score five free games (including the super-hot indie title Superhot) with a combined value of over $100. And next month promises five more, including Telltale’s popular Tales from the Borderland.

All you need is a free Twitch account that’s been “enabled” for Prime and the Twitch desktop client.

In the market for a new phone? See if it’s available via Prime Exclusive Phones, which carries a rotating selection of popular models that are usually priced less than what you’d pay elsewhere — and that frequently go on sale for even less.

Until recently, Prime Exclusive phones were saddled with a small catch: Amazon ads on the lock screen. Thankfully, Amazon recently removed lock-screen ads from its phones (past and present models alike), though you’ll still see an Amazon widget in the OS. It’s easily removed, though.

Amazon Prime lets you add premium video subscriptions — Starz, Showtime and so on — to your Prime Video viewing umbrella. (Alas, you don’t get any discounts compared with purchasing those subscriptions separately.) As part of Amazon Family, you can score 20 percent off diaper purchases via Subscribe & Save and 15 percent off eligible products in your baby registry. And speaking of family, you’re allowed to extend your membership to one additional adult living in your house.

What’s not included with Amazon Prime

That’s an awful lot of Prime goodness. However, a smattering of Amazon services aren’t included with your subscription. Here’s a look at what costs extra — and how much extra.

Although Prime does offer both grocery and local deliveries, Amazon Fresh — currently available in only a handful of regions — does not fall under that umbrella. Rather, the service is its own entity, promising same-day or next-day delivery from local grocery stores.

Just recently, Amazon eliminated the $299 up-front fee for a Fresh subscription; now it costs $14.99 monthly, though you must be a Prime subscriber to get it. (That means it still costs around $250 outright to get the service.)

A subscription service designed expressly for ages 3 to 12, FreeTime Unlimited curates kid-friendly apps, e-books, games, movies, TV shows and other content. It’s compatible with Kindles, Fire tablets and the Fire TV, and it includes parental controls for things like setting time limits, adjusting content filters, and reviewing any photos taken with the tablet.

You don’t need to have a Prime subscription to get FreeTime Unlimited, but it’s cheaper: $2.99 per month for one child or $6.99 per month for up to four children. If you don’t have Prime, the service costs $4.99 and $9.99, respectively.

Kindle Unlimited appears to combine Prime Reading and Audible Channels, putting them together as a separate, standalone service. Thus you get access to a limited library of e-books, magazines and audiobooks, all of which you can access on desktop and mobile devices.

However, the math makes no sense: Kindle Unlimited costs $9.99 per month, the same price you’d pay for a full-blown Amazon Prime subscription.

Amazon’s answer to Apple Music, Spotify and the like gives you access to “tens of millions” of songs — far more than you get from Prime Music. If you already have a Prime subscription, Music Unlimited costs $7.99 per month — a few dollars less than the competition charges. However, a family plan makes it $14.99 per month whether you’re a Prime subscriber or not, and that doesn’t represent any savings over the competition. Indeed, you might want to investigate whether Amazon Music Unlimited is good deal for you before adding it to your account.

Movies and shows on Amazon Prime Video: Our latest picks.

Originally published on Oct. 18, 2016.
Update, Aug. 21, 2018: This is article is regularly updated as new benefits are added to Prime memberships and others expire. 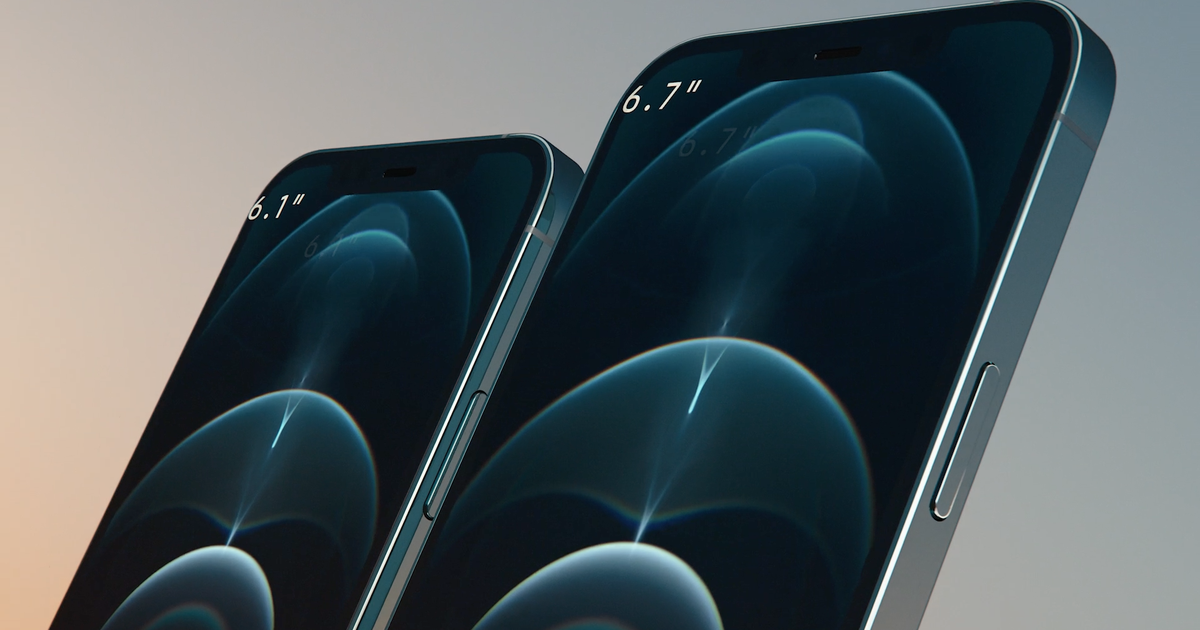 Let’s talk about that iPhone screen. Apple/Screenshot by CNET This story is part of Apple Event, our full coverage of the latest […] 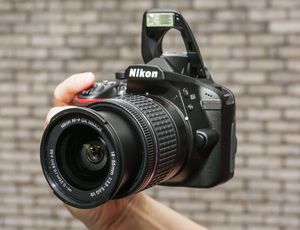 These cameras come with various modes to make shooting photos easier. These modes set the flash, aperture, shutter speed and more for […]

In addition to the dozen iOS 12 Shortcuts suggestions from my colleague Jason Cipriani, I have a trio of YouTube-related additions for […] 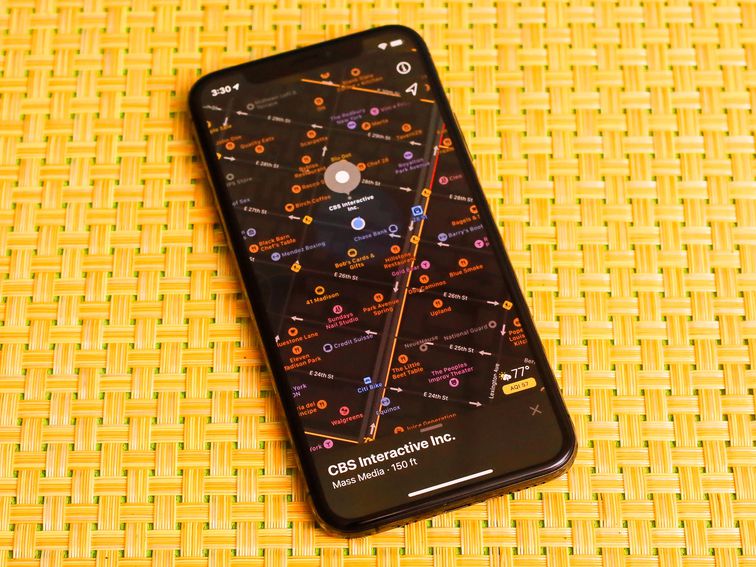