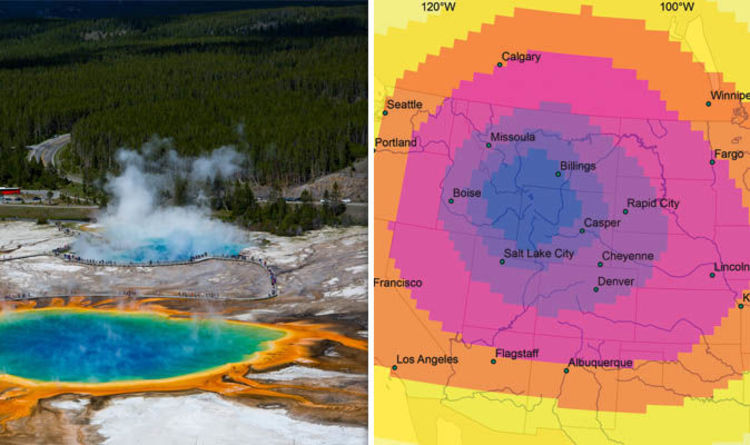 Yellowstone Caldera, at Yellowstone National Park in Wyoming, has been active for more than 100,000 years.

The known ‘super volcano’ was responsible for a devastating eruption some 630,000 years ago and has since been relatively calm.

Periodic activity at the Caldera is generally defined by geyser eruptions and tremors.

Should the volcano ever sustain a full eruption, however, the results would have worldwide implications.

What would happen if Yellowstone erupted?

Yellowstone currently poses no threat to human life but in the event that it did erupt, the consequences would be disastrous.

Due to this fact, Yellowstone has been defined as a ‘supervolcano’ which means it could have a major impact on global climate and ecosystems.

Yellowstone’s largest eruption – which occurred 2.1 million years ago – spat out a total of 2,450 cubic kilometres of debris, scattering ash all over North America.

The Island Park Caldera supereruption, which produced the Huckleberry Ridge Tuff, was so large it produced 2,500 times as much ash as the massive 1980 Mount St Helens eruption.

If a super volcano like Yellowstone was to erupt now, the result would mean ash spread throughout the USA.

With ash blanketing the country, crops would be unable to grow due to reflective properties of dry ash, meaning potential famine.

The results would also induce fast-paced climate change, which would put countries throughout the world at risk of extreme weather conditions.

These atmospheric disruptions would continue for years to come, with massive loss of life as a result.

Another eruption of this kind is extremely unlikely, and it is entirely possible the volcano will never erupt again.

When was the last Yellowstone tremor?

The main activity at Yellowstone is volcanic, with eruptions occurring fairly regularly from geysers in the area.

Currently, the United States Geological Survey predicts eruptions which produce lava or ash to happen every million years or so.

The last three super eruptions took place 2.1 million, 1.3 million, and roughly 630,000 years ago, when the Island Park Caldera was formed.

Consistent activity is caused by the volcano itself, but Yellowstone also resides on an area where earthquakes are common.

Thousands of earthquakes take place on the caldera every year, with roughly 1,000 to 2,000 annually.

Generally, earthquakes measure at a magnitude of three or lower, but the area can be subject to volcano ‘swarms’ where thousands can occur over a period of months.

These earthquakes are generally the result of the California fault line, rather than the volcano itself.

The most recent tremor on site happened on July 24, when a magnitude 2.3 earthquake was observed as part of a major swarm.

Sick staff and empty seats: How Trump's triumphant return to the campaign trail went from bad to worse source: cnn.com 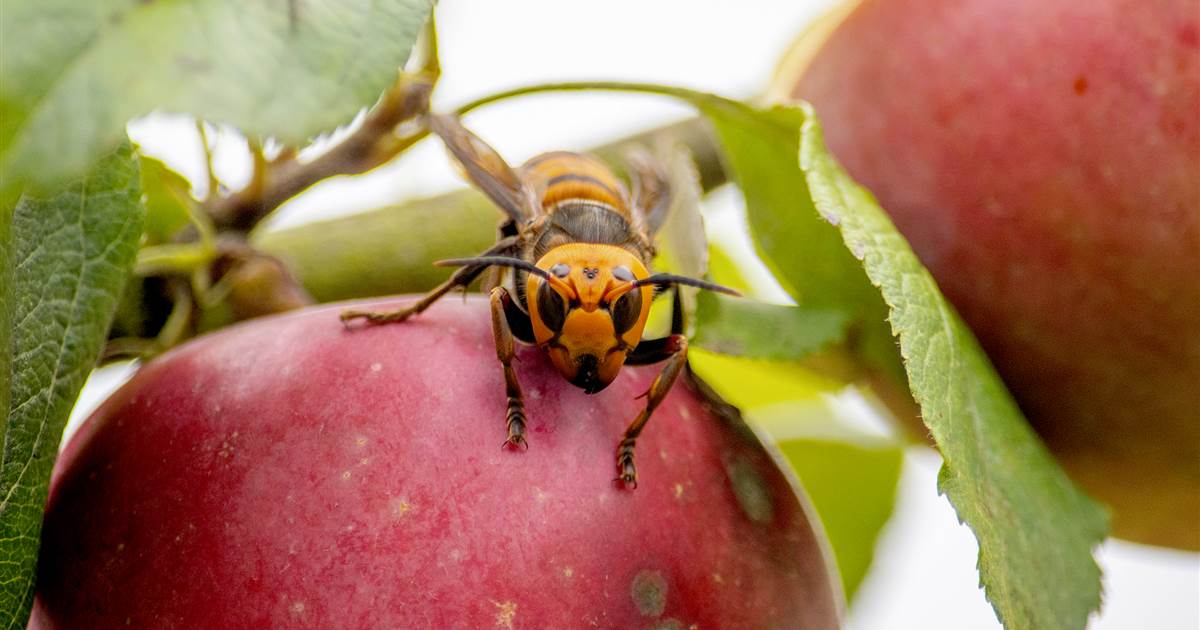 SPOKANE, Wash. — Scientists have discovered the first nest of so-called murder hornets in the United States and plan to wipe it […] 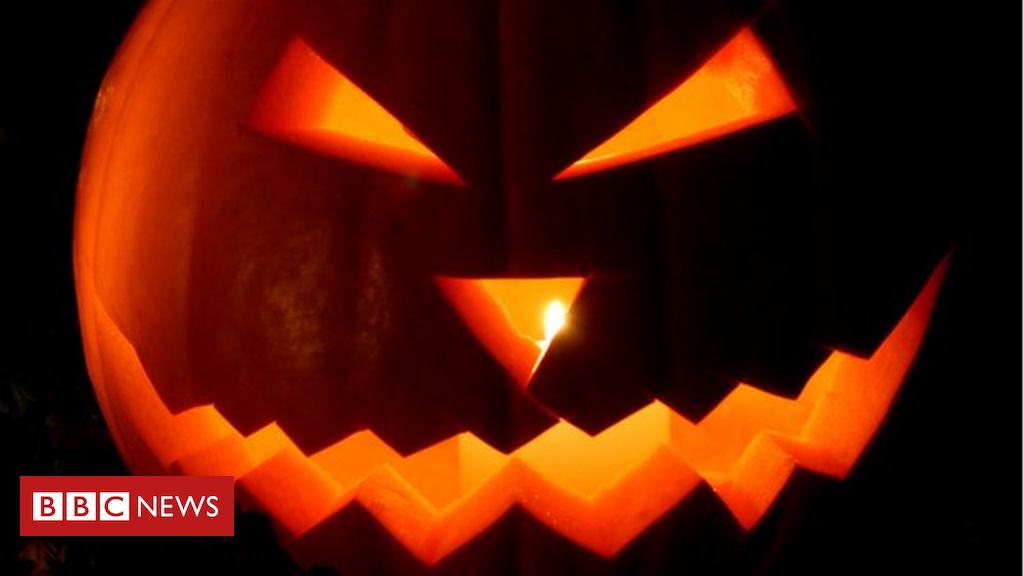 The company wants to crack down on house parties after concerns of a second Covid wave. source: bbc.com