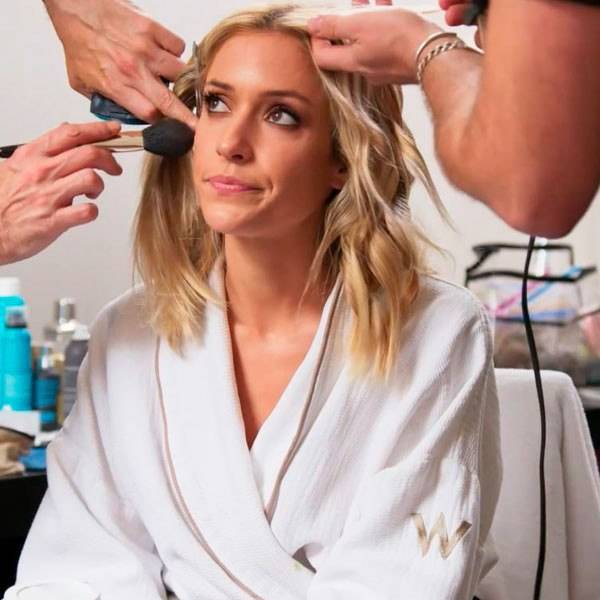 It was mogul mode for Kristin Cavallari on this week’s all-new Very Cavallari, as the Uncommon James boss headed to New York City in order to promote her cookbook True Roots. While The Hills alum was eager to promote her latest venture, she was stressed about leaving Nashville since her store was days away from opening.

“So let’s talk about the store for a second, because I’m going to New York and obviously it’s horrible timing,” the mother of three relayed to her employees. “We gotta really get people here that first day.”

As a team, the Uncommon James squad walked through everything they were working on for the store’s upcoming launch.

“We’re on it, you can relax,” Shannon Ford promised her boss. “Have fun in New York.”

“Alright, hold it down,” Kristin warned her team.

Before Kristin could head up north, she had to meet best friend Kelly Henderson‘s Canadian beau Matt. Even though the double date with Kristin, Jay Cutler, Kelly and Matt went very well, the lifestyle guru ruled that her bestie was no longer smitten with her suitor.

Kristin shared her opinion with her husband, who decided that Kelly’s change of heart was super “selfish.”

“You stalk him down, you get him to fly all the way here and then all of sudden you’re not into him?” the father of three quipped. “That’s a selfish move.”

Nonetheless, Jay quickly conceded that Kelly and Matt might just not be meant to be, unlike himself and Kristin. “Maybe the sparks aren’t gonna fly as quickly as they flew for us?” the retired quarterback conveyed. “You know when you know.”

“You know when you know,” Kristin happily iterated back to Jay.

With everything seemingly under control at the store and at home, the former MTV star jetted off to the Big Apple for a press tour in the hope of getting her cookbook on The New York Times‘ best seller list. Since Kristin had a “jam-packed schedule” for the press tour, she realized she needed to “forget about everything going on back home.”

“These days can be tiring because you have to be on all-day long,” the Very Cavallari star explained in a confessional. “I’m always exhausted by the end of it, but I somehow can just kind of turn it on when I need to.”

Although Kristin felt confident that she was going to make the best seller list, her publicist Jack reminded her that she was “up against everyone.” Regardless, Kristin was still eager to get that “stamp” of approval as it’d be such a “huge accomplishment.”

“A book tour can be very repetitive,” Kristin later explained to the cameras. “So I just try to always have fun with it.”

Ultimately, all of Kristin’s hard work paid off, as the TV personality was listed on the third spot on the best seller list.

“I couldn’t be happier that I made The New York Times‘ best seller list and not only did I make it, but I’m so high on the list,” Kristin gushed to the camera.

Meanwhile, back in Nashville, things were changing quickly for Kristin’s Uncommon James team.

For Shannon, her boyfriend John Gurney made waves in the music industry after winning the prestigious Tin Pan South Songwriters Festival.

“There are a lot of people here and the guys up on the stage are so talented and so well-known,” the Uncommon James social media director raved. “So to know that he’s right up there with them, I’m beaming with pride honestly.”

Yet Gurney’s big break wasn’t the only major news to drop, as Taylor Monaco‘s boyfriend Mike confided in the couple that he wanted to propose to the pregnant model…and needed Shannon’s help.

Eager to help, Shannon rattled off specifics that were needed for the engagement, some of which Mike thought were “goofy.”

“You might as well ask her out with a bag of Doritos on your couch,” Shannon snapped. “You need flowers and girly elements, stuff that…girls have dreamt of this kind of stuff their whole lives.”

As Mike was worried that he wouldn’t be able to pull off such an over the top proposal, Shannon promised she’d get it done. Taylor’s gal pal later proved to be a big help when she met up with Mike to pick out Taylor’s engagement ring.

Sadly things were not as promising for Brittainy Taylor, as the Uncommon James store manager’s mom Mary expressed doubt about the former’s relationship.

While shopping for a dress for Mary’s upcoming wedding, Brittainy felt “inspired” to put on a gown herself. Brittainy’s mother dampened the mood when she confessed that she thought Jon Stone was holding her daughter back from wanting marriage.

The disheartening pow-wow inspired Brittainy to confront her boyfriend about their relationship struggles. “I don’t know how much of my heart I can show you, before I’m just like, ‘Just love me! Just do it!'” Brittainy stated to Stone. “Just stop being so calculated in what you think and how you think things should go or what they need to be.”

“I don’t know what’s happening here, but you know I’m not like that,” the industry vet clapped back. “You know that’s not an accurate thing.”

This remark gave Brittainy the courage to ask where their relationship was headed and inquired about marriage specifically.

According to Brittainy, marriage won’t make her happy, but it is a part of her goal for happiness. “I feel like sometimes were on the same page, just reading different languages,” a frustrated Brittainy expressed.

See everything that went down on this week’s episode in the recap video above!

Watch a brand new episode of Very Cavallari Sunday at 10 p.m., only on E! 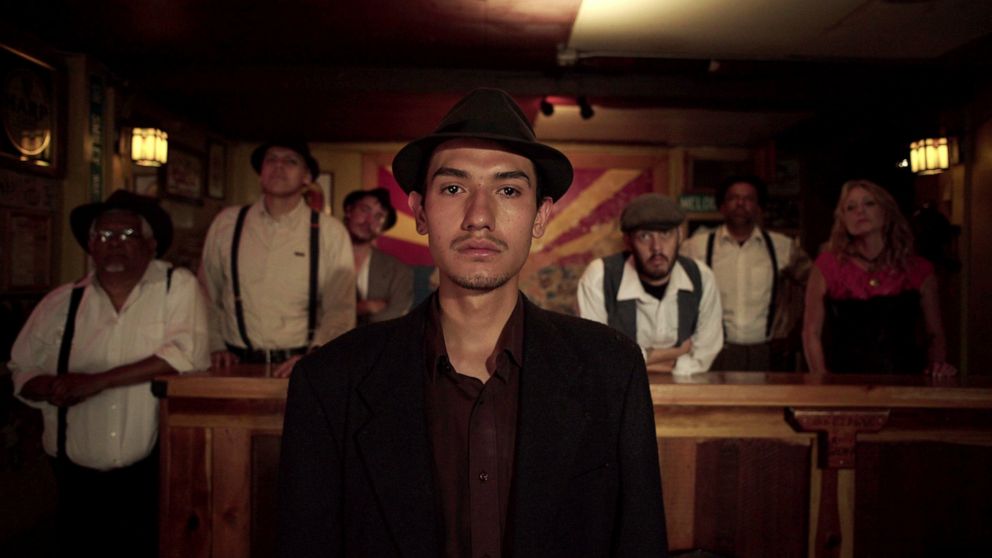 The darkest, most violent chapter in the history of Bisbee was an open secret for decades in the funky old Arizona copper […] 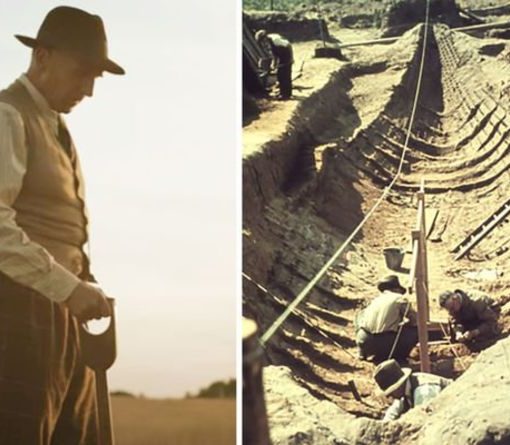 Directed by Simon Stone, The Dig tells the story of an extraordinary breakthrough made on the property of Edith Perry in Woodbridge, […] 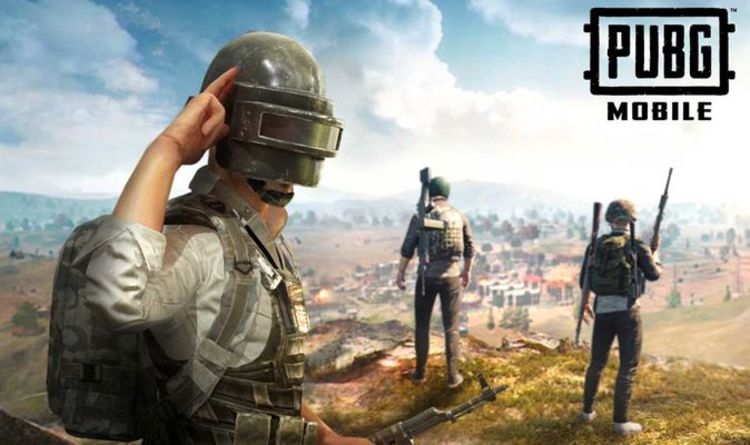 Gamers will soon be dropping into PUBG Mobile Season 15, armed with the new Royale Pass. Developers Tencent has announced that the […] 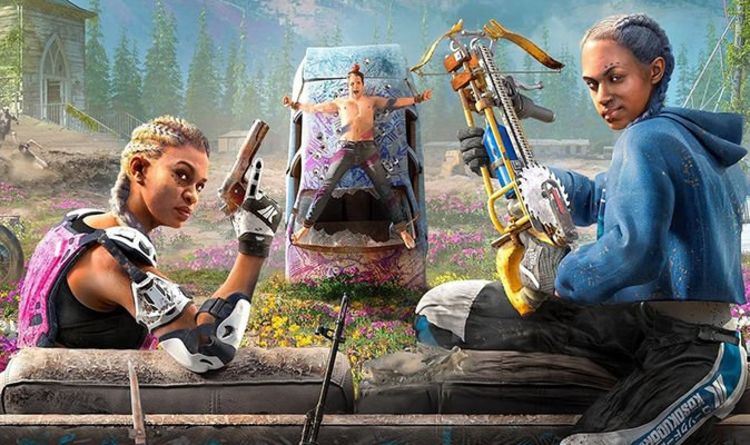 It seems like only yesterday we were happily blasting our way through doomsday cultists in Far Cry 5. … hang on a […]