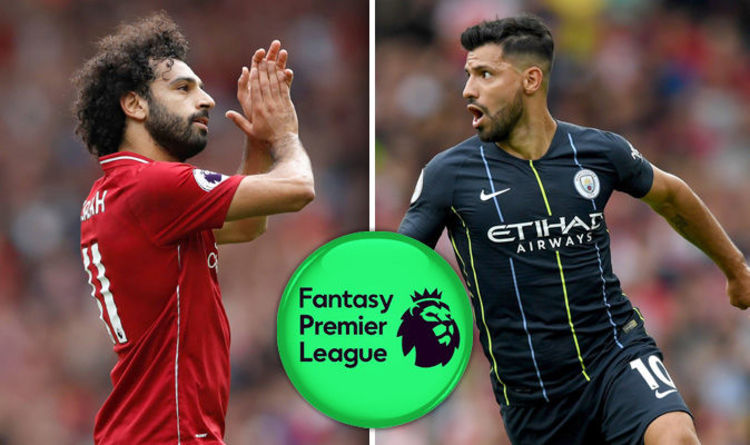 And even the FPL experts are torn for Gameweek 2.

Liverpool ace Mohamed Salah picked up where he left off last season and grabbed his first goal of the campaign in their 4-0 win over West Ham last week.

And for many FPL managers, the Egypt superstar will be their ‘set and forget’ captain for the season.

However, Manchester City striker Sergio Aguero is also right up there as a fantastic opportunity to win you some easy points.

Pep Guardiola’s side are hosting Huddersfield Town this weekend – a fixture which is causing one FPL expert to question his captain choice.

“I’m pretty torn this week… I had Salah captain last week, yeah, but it’s the Huddersfield home fixture that’s drawn me towards Aguero. But then it’s the who Pep rotation fear, like always,” Mark McGettigan otherwise known as ‘The General’ said on the FPL show.

“Jesus is there, Aguero could find himself on the bench at any given week.

“So, I think the safe play is probably Mo Salah and that’s probably what I will end up doing come Saturday.”

“I don’t think it’s going to be a walkover,” he said. “I had a look at Palace’s stats, we talked about their defenders, I think they’ve not lost in 14 games where Sakho and Tomkins have started.

“They’re a bogey team for Liverpool, and Aguero against Huddersfield is way too good.

But if you’re looking for a slightly left-field skipper, Benjamin Mendy could bring you some points.

“I’ve been playing FPL for over 10 years now and I’ve never captained a defender so I’m not going start doing it now. But I have to admit Mendy did cross my mind once or twice this week,” McGettigan admitted.

Birmingham City have become the first Championship club to ask their players to take wage deferrals amid the coronavirus pandemic. Players earning […]

That is the view of Sky Sports pundit and ex-England defender Stuart Pearce. Liverpool’s defence, in particular centre-back Dejan Lovren, has come […]

It felt like a trick of the eye. Kevin De Bruyne had aimed his 42nd-minute penalty for the bottom corner and, with […]