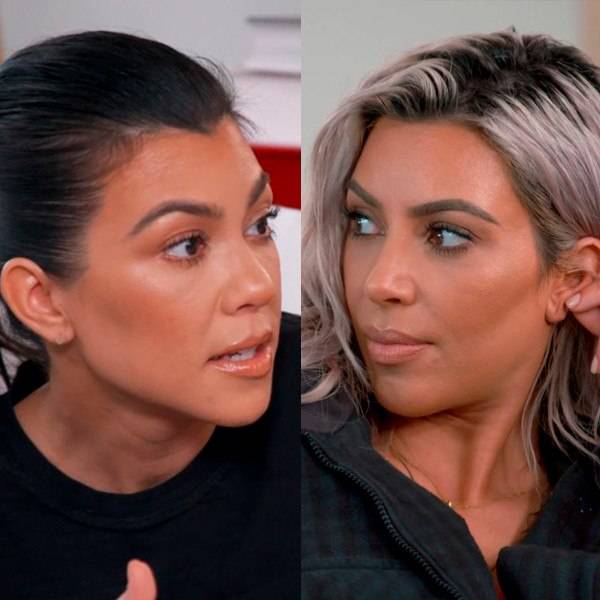 Khloe Kardashian once warned others to “never go against the family,” but what happens when they’re fighting amongst each other?

On this week’s all-new Keeping Up With the Kardashians, Kim Kardashian called a meeting with sisters Khloe and Kourtney Kardashian as their bickering had gotten out of hand. In an attempt to rectify the situation, Kim suggested that they all attend therapy together.

“We all communicate really weird and we just don’t ever express what’s really bothering us and we all walk on eggshells around each other,” Kanye West‘s wife relayed during a sit down.

Although Kourtney wasn’t on board with the idea, Kim made it abundantly clear that the therapy session was mandatory. “Well we’re all going to therapy together, so it’s happening,” Kim demanded. “Because we all need to communicate with a mediator and we don’t have that mediator.”

Kourtney went on to suggest that they all just talk it out, resulting in Khloe accusing her older sister of having a “communication issue.” This remark caused Kris Jenner‘s oldest to totally shut down from the conversation.

“If you don’t care to fix relationships with your sister I can’t force you to,” the Revenge Body host snapped.

Since Kourtney continued to freeze Kim and Khloe out, the frustrated twosome walked out of the meeting, causing the former to breakdown in tears and storm out.

Thankfully, Kourtney eventually came around to the idea of “sister therapy” at Khloe’s house.

“I’m the one who invented mean fighting,” Kourtney confessed. “I’m just not wanting to fight like that anymore. I don’t want to be mean and I don’t want to spend my time around people that are mean and putting me down.”

This confession shocked Kim, who felt Kourtney’s recent attitude was a direct contradiction to this statement.

“You’re preaching that you just want this Zen life and that you’re so positive and you don’t want to fight, but then most of the time you’re arguing about stuff that’s like, ‘Again?'” Kim retorted.

Per the KKW Beauty boss, Kourtney is “always anxious and insecure.” Khloe supported Kim’s stance by sharing that it is an “insecurity” they’ve “never seen from her before.”

“Kourtney and I have a really special bond, I haven’t felt that from her in the past couple months and that’s been frustrating for me,” the Good American founder noted. “I do feel a major disconnect between her and I specifically, and I would like to understand what that is.”

After listening to Kim and Khloe’s concerns, Kourtney expressed that she doesn’t think her sisters are “genuinely” happy for her, especially when she’s off traveling.

The 39-year-old Kardashian went on to reveal that she feels her sisters are “resentful” towards her because they need to “pick up more slack” when it comes to work.

“We honestly want Kourtney to take her trips, we want Kourtney to live her life and do whatever she wants to do,” Kim later commented in a confessional. “We just want her to be held accountable and be responsible that when you take a job and you’re getting paid to do something that you honor that, because all of us do.”

Both Kim and Khloe went on to share that they’ve been frustrated by Kourtney’s repeated lateness and inability to be present while filming. “Working is just not my top priority, it’s never going to be,” Mason Disick‘s mom stated.

Sadly, not much was resolved in the sit down as Kourtney felt her sisters were “harping” on minor issues while Kim and Khloe felt that their sister wasn’t hearing their side of things.

“Whatever Kourtney is going through it’s just so much deeper than me and Khloe and until Kourtney is ready to talk about it we can’t push her or try to be aggressive,” Kim later concluded to the KUWTK cameras. “She’s going through a lot of life changes right now and we just have to let her go through that.”

In addition to their beef with Kourtney, both Kim and Khloe were busy dealing with tension involving other members of the Kardashian-Jenner family.

For starters, Kendall Jenner was royally pissed after learning that Kim sold her house shortly after promising the supermodel sister that she could move in. To make matters worse, North West‘s mom kept “avoiding” Kendall so the runway expert was forced to confront Kim at her own birthday party.

“I hate confrontation,” Kim dished after Kendall brought up the sale. “Escrow closed already, I have to be out in two weeks.”

Kim went on to acknowledge that she should’ve told Kendall sooner, but didn’t have the “courage” to face her baby sis.

As for Khloe, she teamed up with Scott Disick for an epic prank against Kris following a bad bout of art shaming. In an attempt to humble the mother of six, Scott and Khloe had an actor portray fake artist Art Vandelay at a gallery and even gifted the momager with some new pieces…which were actually done by KoKo.

However, the con was taken to the next level when the two pranksters chose not to tell Kris about the faux art and continued the gag by creating more paintings. In a hilarious turn, Jenner was so convinced she had acquired up and coming art that she looked into getting the artwork insured.

Watch the recap video above to see all the drama that went down on this week’s episode! 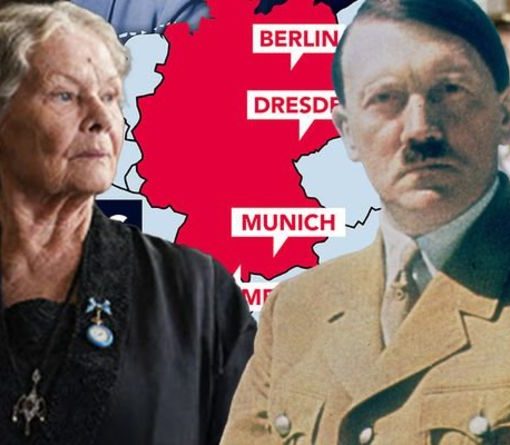 The Sky Cinema thriller depicts a little-known element of the well-documented bolstered Anglo-Germanic relations during the rise of Adolf Hitler. The Augusta-Victoria […] 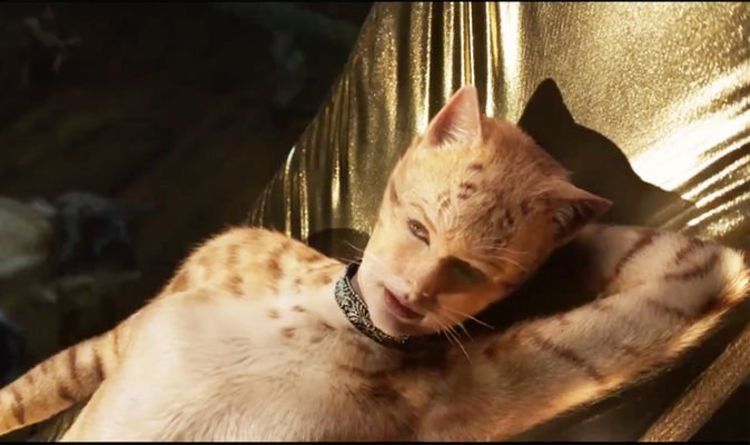 If this doesn’t give you goosebumps and a tingling spine, nothing will. Andrew Lloyd Webber’s most famous song is done in sensational […] 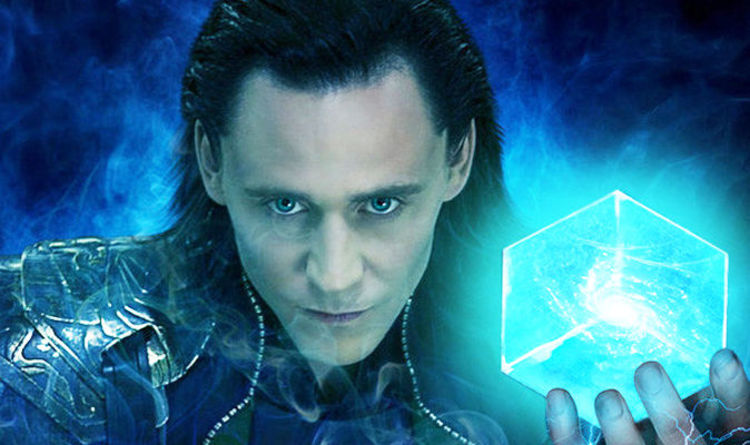 Next Spring will be a bumper few months for Hiddlestoners. The actor will be returning as Loki in Avengers 4, even though […] 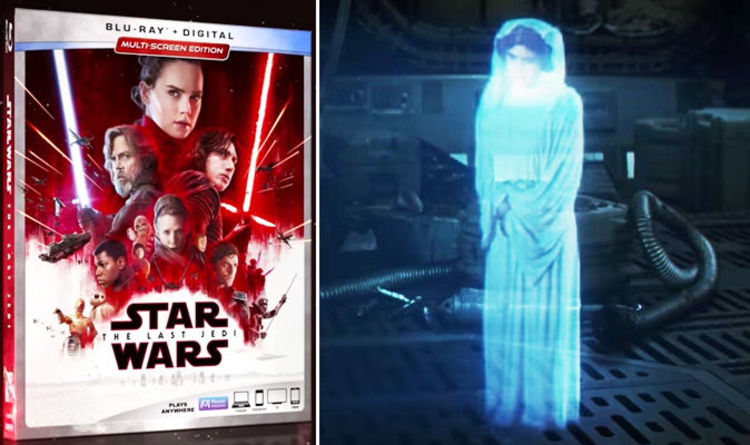 Fans will be very happy to know how many new scenes wil be released with the digital, blu-ray and DVD packages. However, […]