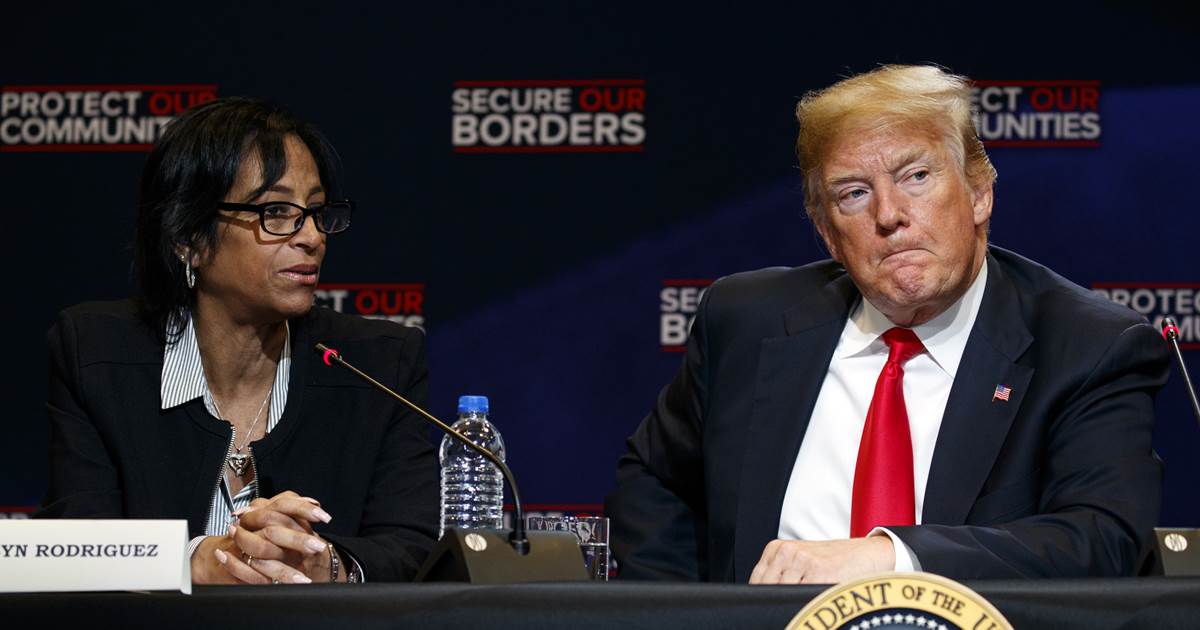 La Mara Salvatrucha, better known as MS-13, has been a part of my life for 17 years now — roughly my entire career as a criminal defense lawyer.

I’ve spoken with investigators at crime scenes, consulted with other defense lawyers representing countless co-defendants and handled the evidence collected for dozens of trials. And I’ve spent way too much time speaking with young gang members in jail jumpsuits who are facing life sentences for senseless acts of violence while they try to make sense of just how they got to where they are.

This does not make me terribly different from many other criminal defense lawyers, let alone the scores of prosecutors, detectives, agents and probation officers with whom we work.

My interest in and experience with MS-13 became very personal when MS-13 members murdered my friend and client, the young and brilliant Brenda Paz, to keep her from testifying against them in 2003. Shortly after Brenda was murdered — when it became clear to gang members that I could testify at trial in her place about what she would have said — my connection to MS-13 became very unusual when they targeted me. Gang members and law enforcement call it a “green light,” or a tacit order for some member of the gang to unleash some form of lethal violence on the target for having crossed them. I never owned a gun before I knew about MS-13; shortly after a judge warned me about their threat against me I got my first handgun and carried it everywhere for more than a year.

Contact with MS-13 does not make me terribly different from many other criminal defense lawyers, let alone the scores of prosecutors, detectives, agents and probation officers with whom we work.

That was not really the kind of thing I ever thought I’d be doing when I went to the University of Virginia to study constitutional history, but it became my life.

To hear the president (and too many other politicians) talk about MS-13 you’d think that stories like mine would be all too common. The White House likes to say that the gang is a “threat to American communities” that has “brought violence, fear and suffering” across the country. Mr. Trump said recently that the gang has “literally taken over” some U.S. cities.

These statements from the Administration about MS-13 have obviously been effective: Polls show that 85 percent of Trump voters now think that MS-13 is a serious threat and 50 percent of them worry that a friend or family member will fall victim.

If the gang were what the White House would have us believe, my story would be far from unique.

The truth is far more complicated. My story — Brenda’s story — was featured on the front page of the Washington Post, and followed by magazines and newspapers across the United States. I’ve appeared on cable news shows and several documentary series in both English and Spanish, helped an author write a book about the case and even participated in optioning the book for a movie. Even today, more than 16 years since Brenda’s body was discovered by fishermen on the shore of the Shenandoah River, I get calls from reporters and politicians wanting to talk about MS-13. If the gang were what the White House would have us believe, my story would be far from unique.

Telling the president of the United States and the policy wonks at the White House that they’re wrong isn’t easy for me. I grew up in Washington, D.C. and my dad worked in that press room for three Republican administrations. I’ve been on the road for GOP campaigns for more years than I’ve been able to vote. I didn’t ever think that I’d be working on MS-13 murder cases when I went to law school, but I wasn’t there to learn to criticize the president either — especially a Republican.

Facts really are stubborn things, though, and this debate could use far more of them. MS-13 simply is not a large street gang, for one: While Department of Justice statistics estimate that the Bloods, for instance, have more than 20,000 members nationwide, and that Barrio 18 (MS-13’s main rival), the Crips and the Latin Kings have nearly 50,000 members each, there are but 10,000 members of MS-13, and that number’s been steady for years. Their exploits are sometimes brutal (and otherwise banal), but they’re concentrated in and around Los Angeles, the Washington, D.C. metro area and Long Island.

They’re also not well-integrated. While the White House isn’t alone in claiming that they’re as tightly organized as some corporations — which is a low bar — and there is evidence that some operatives in Central America have tried to get members in the United States to do their bidding, the truth is that the gang is really more of a brand name (or a loose franchise) shared by countless individual cliques which do not recognize each other’s authority.

Facts really are stubborn things, though, and this debate could use far more of them.

Furthermore, while MS-13 stories are used as a racist dogwhistle by those want to stop immigration and immigrants from Central America, MS-13 members make up only a tiny portion of Central American immigrants coming over the border today. The immigrants who do get arrested also aren’t very likely to have committed the kinds of crimes the Administration wants you to be worried about. This makes perfect sense, as the gang started in the United States, not El Salvador, and most of the members here in the U.S. are children or grandchildren of immigrants who have never been to their family homelands and cannot be deported under current law. Yes, there are a great many MS-13 members in Central America (nearly twice as many as in the U.S.), and the gang is far more structured and better organized there, but even in El Salvador it’s still a collection of separate organizations that operate differently — and more than 90 percent of their members have never been to the United States.

So I am something of an anomaly. MS-13 is a part of my life, despite my best intentions. And it’s part of the lives of far too many Americans, particularly Latinos, who live in areas where the gang has unfortunately thrived. It’s just probably not going to be part of yours.

Greg Hunter is a criminal defense lawyer in Arlington, Virginia.

Plane dumps fuel over school in emergency landing to LAX

House tees up more votes to halt Trump on Iran

January 13, 2020
Now that 2020 has arrived, US citizens and people all around the world are beginning to wonder how the US presidential election will play...

Put a Fossil Sport smartwatch on your wrist for just $99...