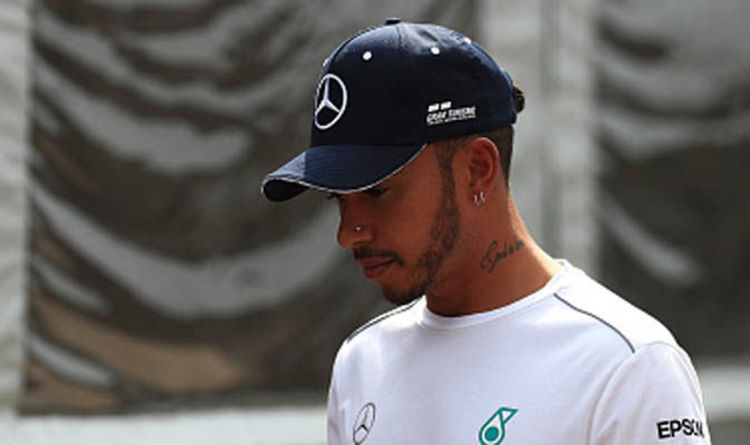 Ferrari’s Vettel delivered a blistering lap in the dying moments of qualifying to see off Hamilton’s Mercedes team-mate Valtteri Bottas and take the front slot on the grid. Kimi Raikkonen qualified third in the sister Ferrari.

Vettel’s breathless lap was greeted by huge cheers from the Hockenheim crowd, with the German now the big favourite to extend his championship lead over a crestfallen Hamilton.

The Englishman, eight points adrift of Vettel, reported over the radio that he couldn’t change gear and moments later was told to stop his Mercedes to prevent further damage.

The defending champion had already posted a time quick enough to make it through to the second phase, so at first he resisted. “No, I don’t want to,” he said.

Hamilton’s hoped to drive his car back to the garage to fix the problem but race engineer Pete Bonnington demanded that he pulled up at the side of the track.

He then attempted to push his car back to the garage but, with a third of the 2.8-mile circuit still to complete, it dawned on Hamilton that his attempts would be in vain.

For several seconds an emotional Hamilton, with his helmet still on, crouched over his stricken car.

“I didn’t really understand exactly what had happened, so in my mind I was thinking, ‘Get the car back to the track’, but they asked me to turn the car off,” he said.

“I jumped out and wanted to push it back but it was so far to go.

“I saw there was leaking oil and I knew that I had to stop.”

Hamilton’s team confirmed the stoppage was due to a hydraulics failure.

A jubilant Vettel said: “The last lap I had a bit left in me and I managed to squeeze everything out of the car. I’m still full of adrenaline.”

Ewing 'getting better' in battle with coronavirus

World Cup questions: why did gifted England not beat Argentina in 1998? | Barney Ronay

Khloe Kardashian Through the Years: From Reality TV to Motherhood