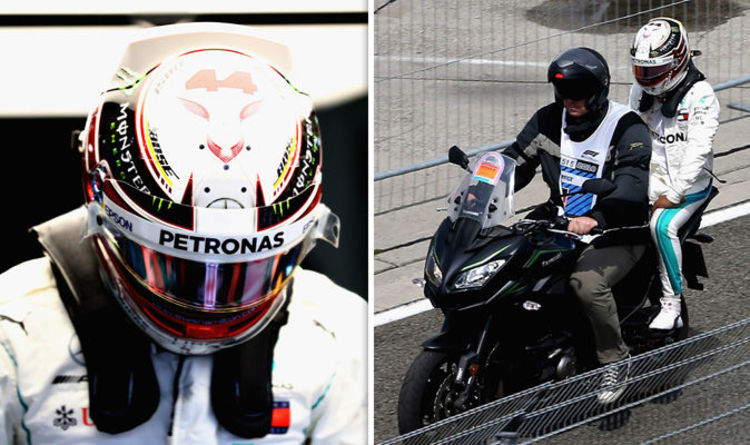 “To me it looked like he made a mistake in Turn 1, went really wide, had some big big hits off the track there and I think probably the gearbox broke,” Nico Rosberg said on Sky Sports’ coverage.

Hamilton tried to nurse his Mercedes back to the pits so that his team could try to fix the car, knowing that if he could not make it back under his own steam, he would be eliminated from qualifying.

But the team told him to stop the car because of a loss of hydraulic pressure that meant continuing would have risked damage to the power unit.

And things could not have gone any worse for Hamilton as Sebastian Vettel took pole position in the dying seconds of Q3 to capitalise on the struggles of his title rival.

The Brit had desperately tried to push the stricken car back to the pits, but race officials soon intercepted him and steered him off the track for safety purposes.

Hamilton followed them off, clearly frustrated, before squatting next to the car with his head between his knees for an extended period of time.

The 33-year-old is now likely to see the gap at the top of the F1 World Drivers’ Championship grow with just one race left until the summer break: Vettel curently leads him by eight points.

Hamilton will start at best 14th but if Mercedes are forced to change the gearbox, he will be even further back.

And Daniel Ricciardo, who will start last after taking a number of engine penalties, reckons Hamilton will be joining him.

“It looks like Lewis will be at the back so we will both be charging,” Ricciardo said.

“If there is not much happening at the front, there will be at the back.

“Knowing I have a few overtakes makes me smile cheekily.”

And even with the gravity of the situation, the disappointed body language displayed by Hamilton surprised his former team-mate Rosberg.

“This is something I’m a bit worried about,” Rosberg added.

“This is something I’ve never seen from him before. This is a new body language.

“It’s such a huge setback because Vettel is out there and the car is flying.

“That’s going to be a very difficult day tomorrow for Lewis.” 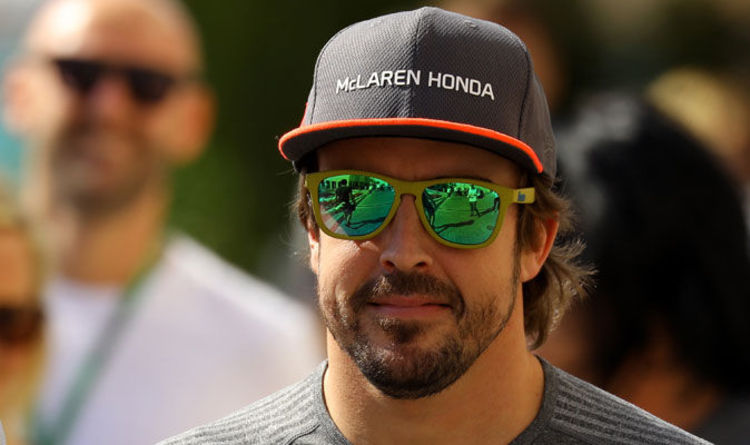 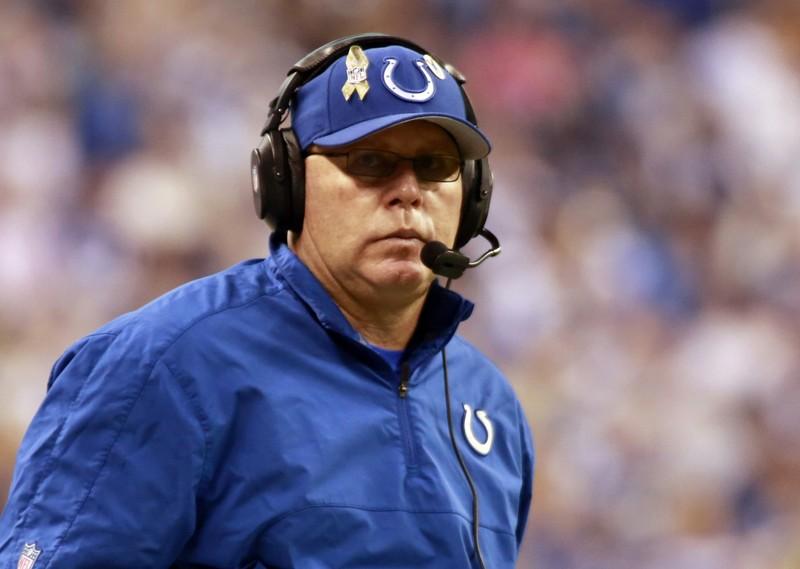 FILE PHOTO: Indianapolis Colts head coach Bruce Arians watches the field against the Tennessee Titans during the fourth quarter of an NFL […]