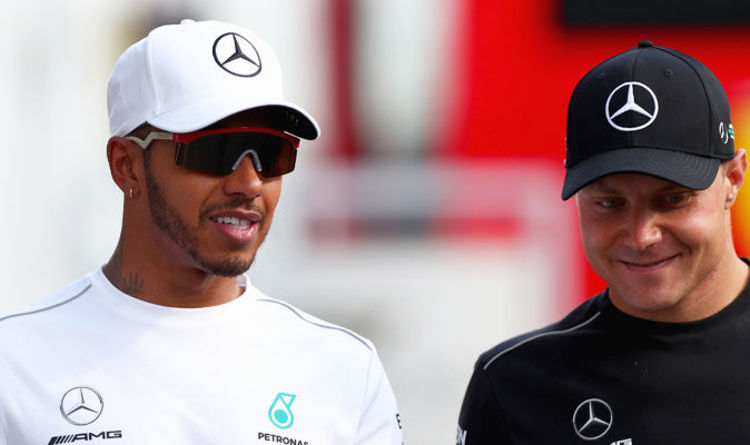 Hamilton will be eager to exact revenge on Sebastian Vettel who claimed victory at Silverstone in the British Grand Prix two weeks ago.

As far as Hockenheim is concerned, Hamilton finished second after FP2 as Max Verstappen set a new track record on Friday.

After being pipped by Daniel Ricciardo in FP1, Hamilton trailed in Red Bull’s wake again after finishing 0.026 seconds behind Verstappen in FP2.

But Hamilton has revealed he is concerned about how he will be able to snatch victory from Vettel on the German’s home turf, such is the quickness of Ferrari’s engine.

He said: “Every Friday [Ferrari] sandbag, so it doesn’t mean much.

“They were quick today and tomorrow will be very much similar to today unless all of a sudden they pull out even more time.

“But today they were very, very quick on the straights.

“The Red Bulls are very, very fast, both Red Bulls are really quick… [But] Seb’s been real quick today so I think it’s going to be a serious challenge.”

Hamilton also believes on the track temperatures didn’t help his cause, adding: “The weather is amazing: it’s very hot, which makes it very demanding and physical in the car.”

How an amateur footballer became a Netflix superstar

Microsoft Build 2020: How to watch the all-digital developer event