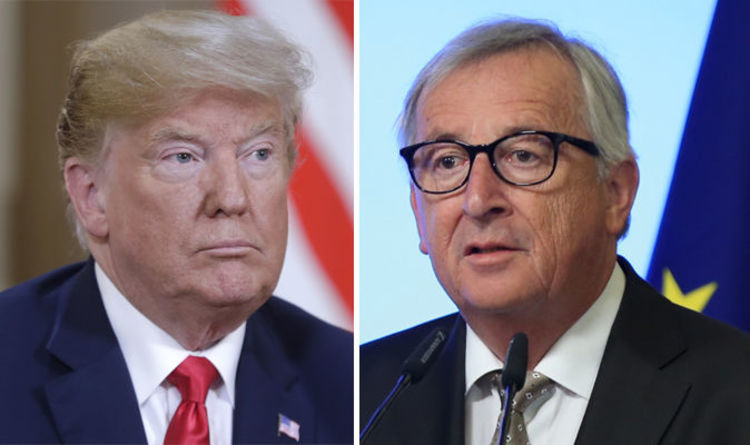 The European Commission confirmed in a statement this afternoon: “President Jean-Claude Juncker will travel to Washington on 25 July 2018 where he will be received by President Donald J Trump at the White House.

“The two leaders will discuss the deep cooperation between the European Union and the United States government and institutions across a wide range of priorities, including foreign and security policy, counterterrorism, energy security, and economic growth.

The relationship between the two superpowers has become increasingly strained since the start of June when when the US imposed 20 percent tariffs on European Union steel and aluminium.

Trade tensions have continued to escalate, with threats from Donald Trump of the imposition of further tariffs that could stretch to EU cars, leaving many firms to threaten moving business out of the bloc.

But the EU was quick to retaliate and began charging import duties of 25 percent on a range of US products, including steel and aluminium products, farm produce such as sweetcorn and peanuts, bourbon, jeans and motorbikes.

The announcement of the meeting between the leaders comes just 24 hours after the International Monetary Fund (IMF) warned that Eurozone growth could be derailed by escalating trade wars and the threat of more tariffs on goods from the US.

The imposition of tariffs has left the EU furious, who have threatened to retaliate further with more import charges on the US.

Mr Trump is also currently waging a fierce trade war on China, having imposed trade tariffs on over 800 Chinese goods worth £28 billion, and quickly imposed a further 10 percent tariff on £150 billion worth of Chnese imports.

But last month, IMF Director Christine Lagarde sent out a clear warning on the grave economic consequences that retaliation from trading partners from the EU could bring.

The IMF said in a seperate report: “These measures are likely to move the globe further away from an open, fair and rules-based trade system, with adverse effects for both the US economy and for trading partners.

“The US and its trading partners should work constructively together to reduce trade barriers and to resolve trade and investment disagreements without resorting to tariff and non-tariff barriers.” 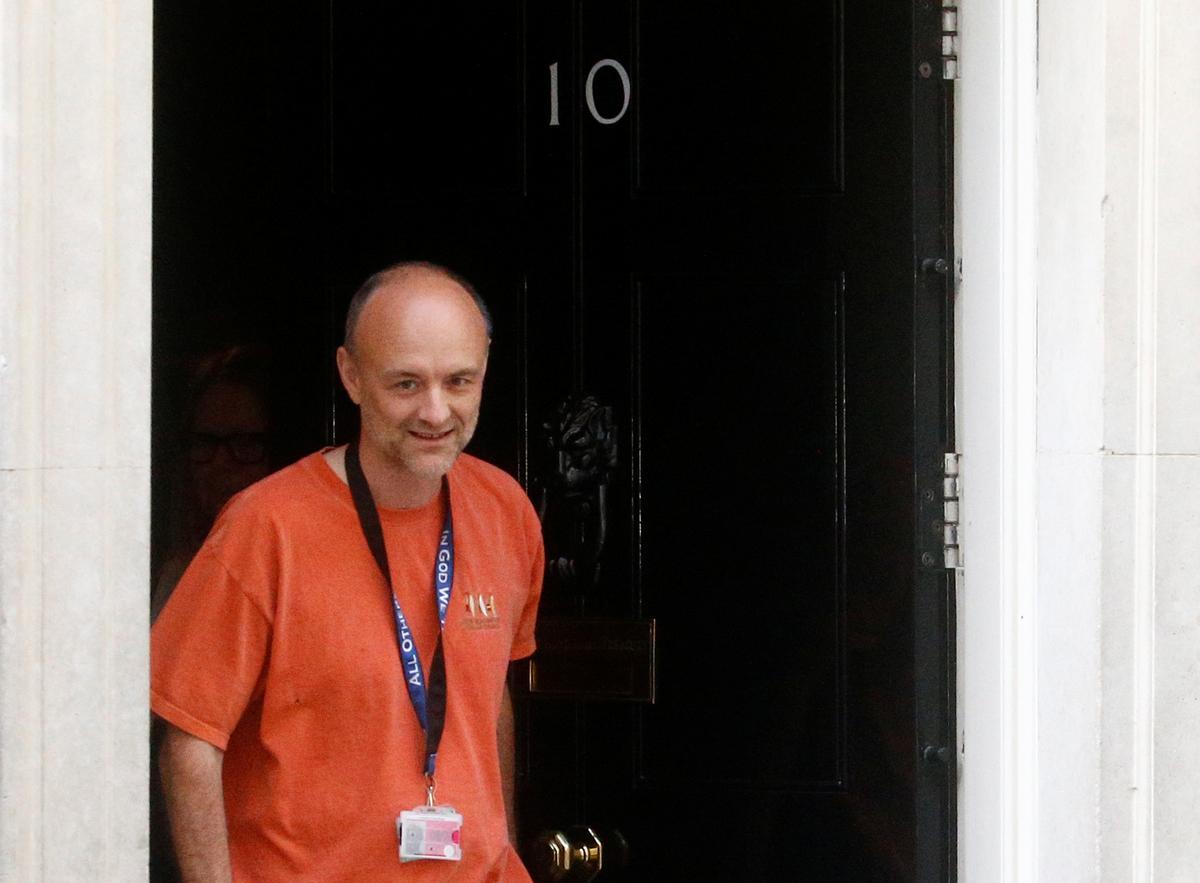 LONDON (Reuters) – British Prime Minister Boris Johnson backed his senior adviser Dominic Cummings on Sunday, despite calls from within his own […] 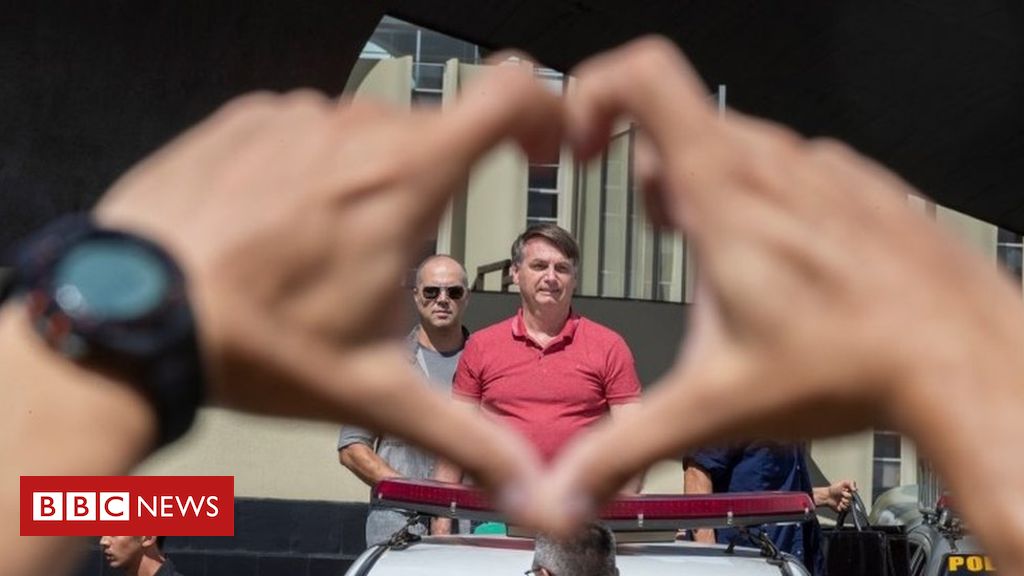 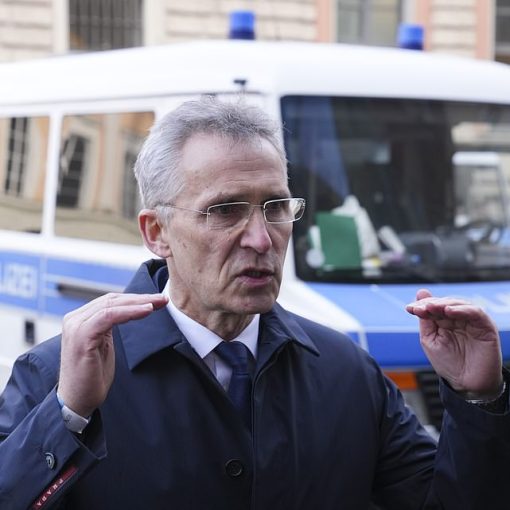 Explosions shook eastern Ukraine late on Saturday, after the NATO chief warned the signals coming out of Russia suggest that Moscow is readying […] 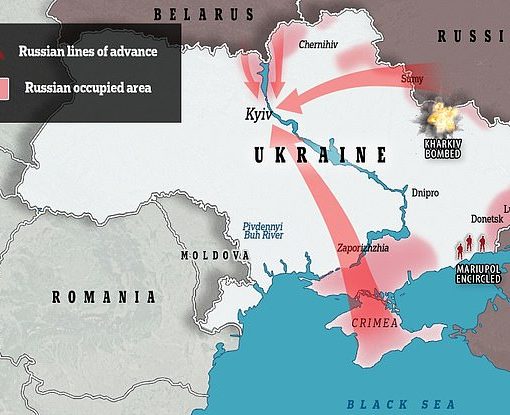 Bill Roggio is a senior fellow at the Foundation for Defense of Democracies and editor of FDD’s Long war Journal. From 1991 to […]