A federal indictment filed Friday accusing a dozen Russian military intelligence officers of conspiring to hack Democrats during the 2016 campaign spotlights communications between Roger Stone, a longtime adviser to President Trump, and an online persona allegedly operated by the Russians.

Stone has previously acknowledged exchanging direct messages on Twitter in August and September 2016 with Guccifer 2.0, who claimed to be a Romanian hacker. Stone has said there is no proof the account was connected to the Russians.

But according to criminal charges filed Friday by special counsel Robert S. Mueller III, Guccifer 2.0 was actually operated by a group of Russian military intelligence officers based in Moscow. The Russians used Guccifer 2.0’s Twitter account to send multiple messages to “a person who was in regular contact with senior members” of Trump’s campaign, Mueller wrote in the indictment.

The messages quoted in court papers match exchanges that Stone had with the account, according to an image he posted on his personal website. A person familiar with the investigation also confirmed that the Trump campaign associate referred to in the indictment is Stone.

In announcing the new charges Friday, Deputy Attorney General Rod J. Rosenstein stressed that the indictment did not include any allegations that the Russians were assisted by Americans in their efforts to hack Democratic groups and individuals.

Roger Stone addresses reporters after testifying before the House Intelligence Committee in September 2017. During the 2016 campaign, Stone communicated with Guccifer 2.0, an online persona that special counsel Robert S. Mueller III III alleges was used by the Russians. (Andrew Harnik/Associated Press)

But the decision to specifically highlight Stone’s communications with Guccifer 2.0 in court papers raises new questions about Mueller’s interest in Stone’s activities.

In recent months, Mueller’s investigators have extensively questioned longtime Stone associates such as Sam Nunberg and Michael Caputo, who both served as Trump advisers. Stone’s social media director was spotted in June by reporters at a Washington courthouse where the grand jury that hears evidence from the special counsel investigation convenes.

Stone, who served briefly as an adviser to Trump’s presidential campaign in 2015 and then continued to informally advise him, has emphatically denied any contact with Russia or a role in the hacked Democratic emails.

In a text message Friday from his southern Florida home, Stone told The Washington Post that his exchanges with “someone on Twitter claiming to be Guccifer 2.0 is benign based on its content context and timing.”

“This exchange is entirely public and provides no evidence of collaboration or collusion with Guccifer 2.0 or anyone else in the alleged hacking of the DNC emails, as well as taking place many weeks after the events described in today’s indictment,” he wrote.

Grant Smith, an attorney for Stone, said in a statement that the indictment makes clear that Stone “was not in any way involved with any of the alleged hacking of the 2016 election.”

Stone’s communication with Guccifer 2.0 began in August 2016, months after prosecutors say Russian officers hacked the Democratic National Committee and Hillary Clinton campaign chairman John Podesta. By then, Guccifer 2.0 had begun to release some of the emails online to a site called DC Leaks and through WikiLeaks, according to the indictment.

Nine days later, Stone reached out to Guccifer 2.0, who had been briefly banned from Twitter. “Delighted you are reinstated,” Stone wrote in a direct message, according to an image he posted on his website.

“thank u for writing back . . . do u find anyt[h]ing interest in the docs I posted?” the account belonging to Guccifer 2.0 wrote on Aug. 15.

Stone replied by sending a column he wrote for the publication The Hill about how voting machines could be manipulated to rig the election against Trump. Stone asked Guccifer 2.0 to retweet the column.

On Sept. 9, the Russians used the Guccifer 2.0 account to quiz Stone about a document stolen from the Democratic Congressional Campaign Committee that had been posted online, according to the indictment.

“hi, what do you think of the info on the turnout model for the democrats entire presidential campaign,” the Russians wrote, according to court papers.

In an April 2017 interview with The Post, Stone said there was no proof that Guccifer 2.0 was Russia-linked, despite a U.S. intelligence assessment several months earlier that Russian intelligence had orchestrated the hacks.

“Sorry guys, you cannot prove Guccifer is a Russian agent. When the intelligence services use the word ‘assessment’ that means, ‘We don’t know. We’re guessing,’ ” he said at the time.

Stone has said that he has not been contacted by Mueller’s team. But amid the special counsel’s interest in his associates, Stone has raised the possibility that investigators are seeking “to conjure up some extraneous crime pertaining to my business, or maybe not even pertaining to the 2016 election,” as he told NBC’s “Meet the Press” in May.

Stone told NBC that he was “prepared” to be indicted, but added that such a move would be “an effort to silence or punish the president’s supporters and his advocates.”

After the news of Mueller’s latest indictment, Stone said Friday in a text message that “I never had any anticipation of being indicted on a charge of alleged involvement regarding collaboration with WikiLeaks or the Russians based on the fact that it is entirely untrue. Beyond that I have no further comment.”

People who have been interviewed by Mueller’s team have said investigators appeared especially focused on instances in which the longtime Trump confidant said he was in contact with WikiLeaks founder Julian Assange.

The Washington Post reported in March that two Stone associates said Stone claimed to have had contact with Assange in 2016. Stone told The Post that he only recalled having one conversation with anyone in which he alluded to meeting the WikiLeaks founder — the comment he said he made as a joke.

WikiLeaks and Assange have said they never communicated with Stone.

WikiLeaks first published on Oct. 7, 2016, a cache of Podesta’s hacked emails, some of which described internal conflicts within the Clinton Foundation. WikiLeaks then posted thousands of additional emails through the month of October.

Two months earlier, speaking to a Republican group in Florida on Aug. 8, 2016, Stone said, “I actually have communicated with Assange.” He then predicted WikiLeaks would release a tranche of documents related to the Clinton Foundation in October.

Then, on Aug. 21, Stone tweeted, “Trust me, it will soon [be] the Podesta’s time in the barrel. #CrookedHillary.”

On Oct. 3, he tweeted, “I have total confidence that @wikileaks and my hero Julian Assange will educate the American people soon #LockHerUp.”

Stone has said his contact with Assange came through an intermediary, a radio host in New York City. He has insisted he had no advanced knowledge of the hacked emails. He said his tweet about Podesta was a reference to his belief that new information would soon emerge regarding work that John Podesta’s brother, the lobbyist Tony Podesta, had undertaken in Ukraine.

EL-ARISH, Egypt (AP) — More than a dozen civilians, including women and children, were killed in Egypt’s restive northern Sinai Peninsula over […] 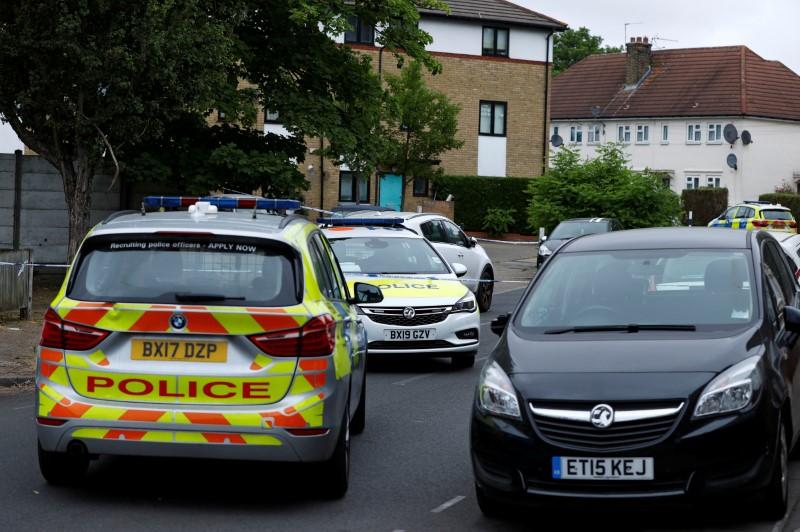 Police cars block a street at the scene of a shooting in London, Britain, June 4, 2020. REUTERS/John Sibley (Reuters) – Four […] 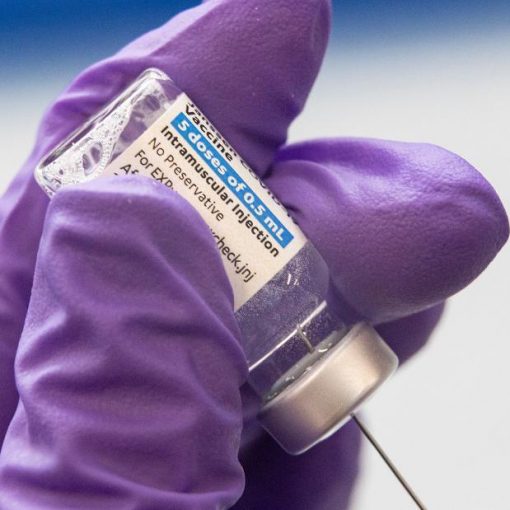