One evening while browsing the wildly popular gay dating app Grindr, Sinakhone Keodara came across a user profile with just one short descriptor: “Not interested in Asians.”

That same day, he received a call from a friend on the other side of the country, who, like Keodara, is Asian American. The two men began talking about the exclusionary language they had recently seen on the app.

Keodara, who immigrated to the U.S. from Laos in 1986 and now lives in Los Angeles, decided he wanted to take action. So he took to social media last week and announced plans to bring a class-action lawsuit against Grindr for what he described as racial discrimination.

“Please spread my call for co-plaintiffs to all your gay Asian men in your life that has been offended, humiliated, degraded and dehumanized by Grindr allowing gay white men to write in their profiles ‘No Asians,’ ‘Not interested in Asians,’ or ‘I don’t find Asians attractive,’” Keodora wrote in a tweet. “I’m suing Grindr for being a breeding ground that perpetuates racism against gay Asian [men].”

Keodara said Asian-American men “from all over the country” have already written him saying they want to join his proposed lawsuit.

One big legal hurdle for Keodara, however, is Section 230 of the Communications Decency Act, which provides broad protection for digital platforms like Grindr. Still, his suit brings to the public’s attention an ongoing discussion among gay men who use dating apps — especially gay men of color.

“There’s a clear sense of where you fit in the food chain of attractiveness” on gay dating apps, according to Kelvin LaGarde of Columbus, Ohio.

“You can’t be fat, femme, black, Asian … or over 30,” he said. “It will either be explicitly stated in the profiles or assumed from the lack of responses received if you fit any of those categories.”

LaGarde, who is black, said he has used several gay dating apps, including Grindr, and has experienced both overt racism — such as being called a racial slur — and more subtle forms of exclusion.

“It gets to me at times, but I have to continually ask myself why I’m getting so down because a racist doesn’t want to talk to me,” he said.

John Pachankis, a clinical psychologist and an associate professor of public health at Yale, has been studying the mental health of the LGBTQ community for 15 years and has recently started to explore the effects of gay dating apps.

Pachankis and his team have conducted a series of experiments studying rejection and acceptance on these platforms and the impact these experiences have on gay men. Though the results are still under review, Pachankis found that rejection for gay men can be even more damaging when it comes from other gay men.

“We have this sense that gay men’s mental health is primarily driven by homophobia,” Panchankis said, “but what our work shows is that gay people also do cruel things to other gay people, and their mental health suffers even more than if they were to have been rejected by straight people.”

Pachankis said many gay men believe things are supposed to get better after they come out, but this narrative is premised on the idea of being able to find one’s place in the gay community.

“The reality is a lot of guys come out into a world of sex-seeking apps,” Pachankis added. “This is the way they find their community, and unfortunately, the sex-seeking apps are not geared toward building an amazing chosen family. They’re built toward helping men find quick sex.”

But while Pachankis acknowledges there are negative aspects to gay dating apps, he cautioned against demonizing them. In many places around the world, he noted, these apps serve a crucial role in connecting LGBTQ individuals.

Lavunte Johnson, a Houston resident who said he has been rejected by other men on gay dating apps because of his race, agreed with Pachankis’ findings about an added layer of suffering when the exclusion comes from within the gay community.

“There is already racism and all of that in the world as it is,” Johnson said. “We as the LGBTQ community are supposed to bring love and life, but instead we are separating ourselves.”

Dr. Leandro Mena, a professor at the University of Mississippi Medical Center who has studied LGBTQ health for the past decade, said dating apps like Grindr may merely reflect the exclusion and segregation that already exists among gay men — and “society at large.”

“When you have a diverse crowd [at a gay bar], very often that crowd that otherwise may look diverse, pretty much it is segregated within the crowd,” Mena said. “Hispanics are with Hispanics, blacks are with blacks, whites are with whites, and Asians are hanging out with Asians.”

“Perhaps in a bar people are not wearing a sign that so bluntly disclosed your prejudices,” he added, noting that online “some people feel comfortable doing so.”

Matt Chun, who lives in Washington, D.C., agreed with Mena but said the discrimination and rejection he has experienced online has been less subtle. Chun, who is Korean-American, said he has received messages ranging from “Asian, ew” to “Hey, man, you’re cute, but I’m not into Asians.”

Kimo Omar, a Pacific Islander living in Portland, Oregon, said he has experienced racial discrimination on gay dating apps but has a simple solution: “hitting the ‘block user’ icon.”

“No one should make the time to interact with those kind of fools,” he said.

As for Keodara, he plans to tackle the issue head on with his proposed class-action lawsuit.

“This issue has been a long time coming, and the timing is right to take action in this drastic way,” he told NBC News. He said he plans to “change the world, one hook-up app at a time.”

Grindr did not respond to NBC News’ request for comment. 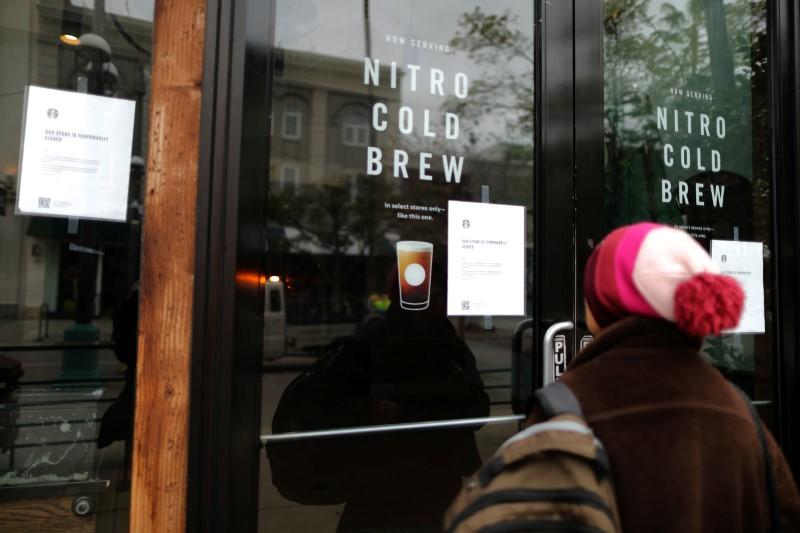 FILE PHOTO: A woman reads a closed sign at Starbucks during the global outbreak of coronavirus (COVID-19) in Santa Monica, California, U.S., […] 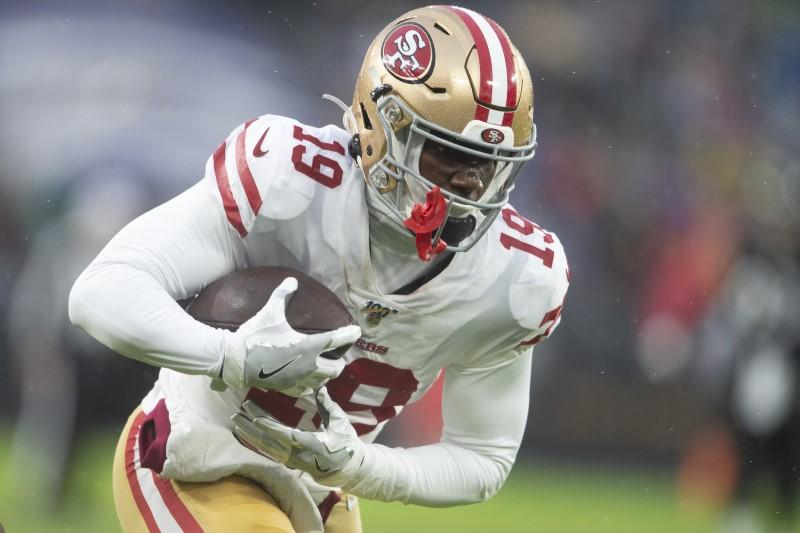 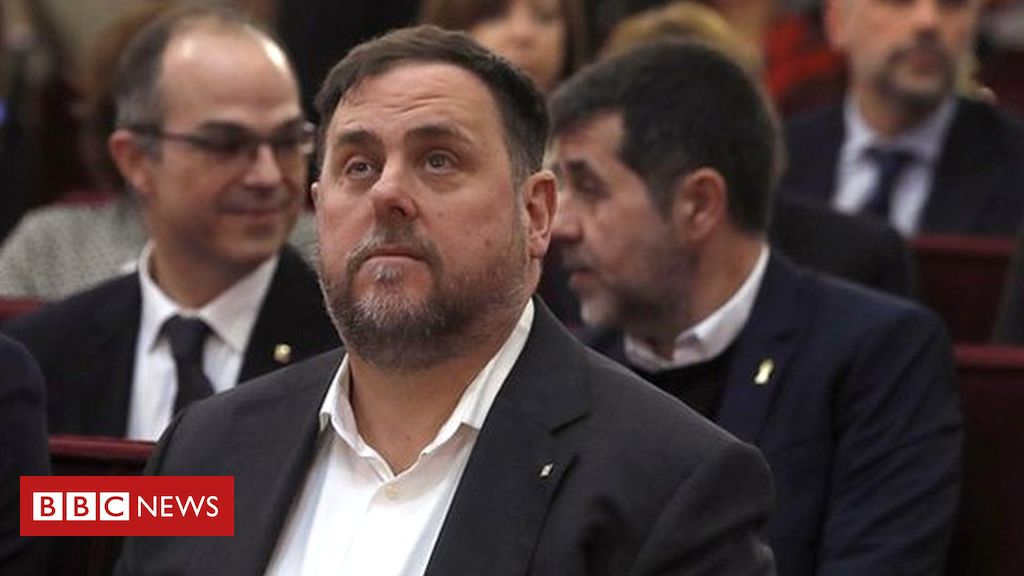 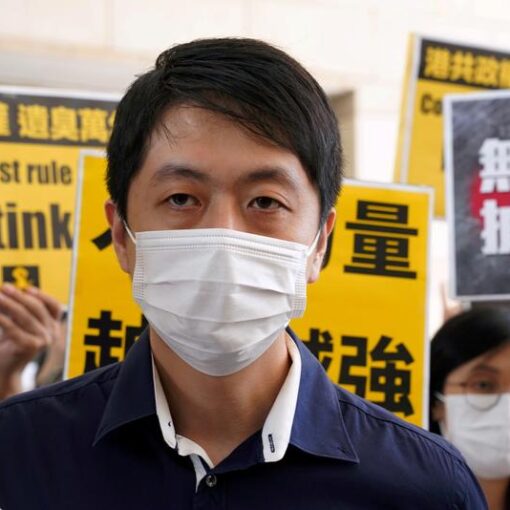