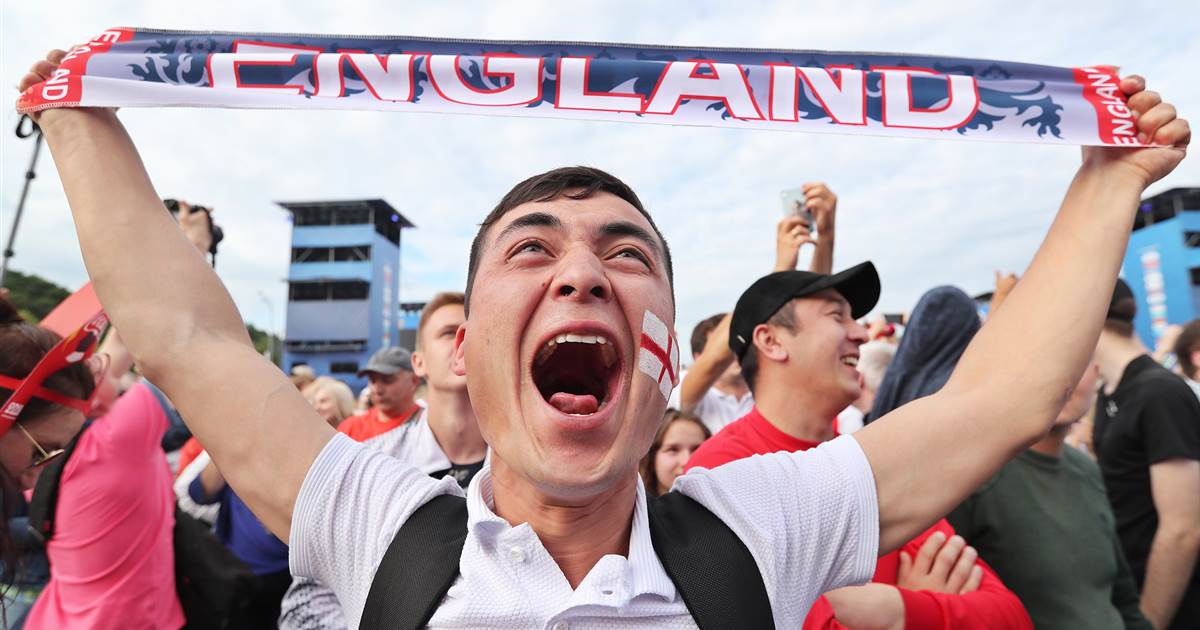 As inevitable as the tides, the dawning of a new day brings another crisis for the British government. Prime Minister Theresa May’s efforts to hammer out a concrete vision for Brexit on July 6 have so far resulted in predictable chaos, with a slew of resignations from hard-line Brexiteers including Foreign Minister Boris Johnson and whispers of a leadership challenge in the corridors of Parliament.

Our politicians are a global laughing-stock; the economy is stuttering; we’ve entered an eighth year of austerity with no end in sight. And yet, for many of us, it has all momentarily ceased to matter. Instead, we’re focused on ironing our lucky pants and navigating the fastest route from our workplace to the pub. Because today England faces Croatia in its first World Cup semifinal match in almost three decades.

Our politicians are a global laughing-stock; the economy is stuttering; we’ve entered an eighth year of austerity with no end in sight. And yet, for many of us, it has all momentarily ceased to matter.

And boy, do we need something to cheer about. In the wake of 2016’s Brexit referendum, Great Britain is often painted as a divided island. But no part of the country is so wracked with partisanship and self-doubt as England. More than any other constituency, it was English voters, principally in the Midlands and the north, who voted to leave the European Union, and it was England’s sense of wounded national pride — expressed in its mourning over a lost sense of “sovereignty” and its atavistic whimsy for an imperial past — which fomented anti-EU sentiment. On the other hand, it was English voters, too, predominantly in the cities, who most categorically rejected the Brexit premise. Indeed, a pro-EU demonstration in June in London drew thousands of marchers to Parliament Square.

Given this dour national mood, it’s no wonder the World Cup has such resonance this year. For England, the competition is no longer just an opportunity to fulfill the plaintive refrains of a nationwide dream to end “years of hurt” and see “football coming home.” It is a respite from political chaos, and a chance to resuscitate a national identity shattered by two years of post-Brexit acrimony. This year’s World Cup progress has arguably become a rallying point for a country struggling to remember what it is, and what it wants to become.

This year’s World Cup progress has arguably become a rallying point for a country struggling to remember what it is, and what it wants to become.

For all its humiliating lack of success in the years since it last lifted the World Cup in 1966, England still retains a sense of ownership over the sport of football, the game whose modern incarnation it codified in the late 19th century. Today’s Premier League, which has evolved out of a league originally founded in 1888, has become one of the most successful cultural exports in the world. But the patriotism that undergirds England’s forays on the international stage is not without baggage, as the flag that the national team play under symbolizes all too well.

In the late 1970s, the English flag, a red cross on a white background known as the George Cross, was co-opted by The National Front, a forerunner of the many Britain First-style factions that President Donald Trump occasionally likes to retweet. This association turned the flag toxic, transforming it into a symbol of a hooligan sub-culture entirely out of step with the country Britain’s political architects, and much of its population, sought to build.

A little over two decades ago, international football was the catalyst for the flag’s rehabilitation, however. In 1996, when England hosted the European Championship, some blistering performances by the home team at Wembley presaged the optimism and “Cool Britannia” swagger of the late 1990s. Although England would eventually be defeated in a semi-final penalty shootout with Germany, the renewed sense of national pride endured.

Selena Gomez is one of the world's most famous people. Her new album shows why.

Does your company nurture neurodiverse talent?

EU on alert: Protests break out in Germany and Ireland amid anger at Brussels regulations

'A Yang problem': How Yang could pull critical support from Sanders in New Hampshire