He broke down during the first day of hearings and asked for forgiveness for the brutal murder of Maria Ladenburger, 19.

He was convicted as an adult, although he claimed to be a minor.

Life in Germany usually means no more than 15 years, but the court said he must be confined longer than this if necessary – media interpreting it as a life sentence meaning life.

The killing of Maria crystallised anger against refugees in general and Angela Merkel in particular and helped boost the popularity of the anti-immigrant Alternative for Germany (AfD) party in the general election last year.

Self-pitying Khavari was linked to the murder of Maria Ladenburger through his DNA but remained silent after his arrest.

He claimed to be 17 at the time of the murder but testing on his teeth showed him to be at least 22, perhaps older.

On day one of his trial last September at Freiburg District Court he recalled how he smoked hashish the night he ambushed Maria in October 2016, raped her and drowned her in the knee-deep water of a nearby river.

He said the night of the killing he was so drunk he was ejected from a bar and left alone by his friends in town.

He claims he accidentally came across Maria who shouted out as she fell from her bicycle. He said he pressed her mouth shut then choked her with a scarf and put her unconscious into the water.

“When I saw how pretty she was, I wanted to have sex with her,” he said, but claims he was too drunk.

He broke down in court and added: “I want to apologise to the family of Maria”.

Reading from a statement he went on: “I beg your pardon. I want to apologise to the family of Maria. I wish I could undo it. What I have done, I am sad for from the bottom of my heart.” 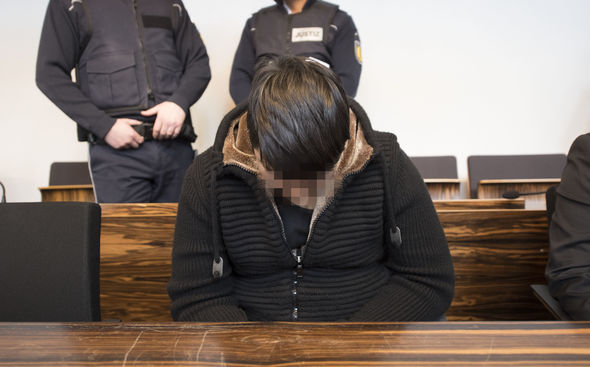 Khavari asked for forgiveness during the first days of the trial

He said he dreams of what he did every day as he wiped tears from his face.

“I live with the agony of what I did and this torment destroys my life by and by,” he added.

He claims he dragged her into the river “because I wanted to wash her blood from me.”

Prosecutors dispute his account of the murder and say he planned it beforehand. And a psychiatric expert said his remorse was fake. 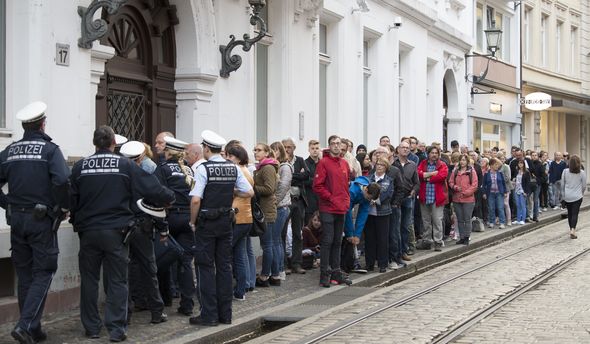 The expert warned of a “high risk” of him re-offending, said he has a “great and persistent readiness for violence, an interest in aggressive sexual practices and a hostile attitude towards women.

Moreover, he does not show remorse and compassion to the suffering of other people.”

Khavari ended a life rich in potential and polarised a nation struggling to adapt to over a million refugees in its midst.

It was learned after his arrest that he had been arrested and sentenced to ten years for attempted murder in Corfu in 2013 before coming to Germany seeking refuge in 2015. 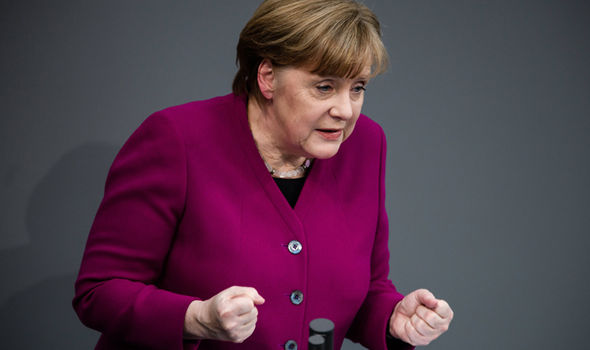 It remains unclear why Greece let him out of jail so quickly.

German authorities knew nothing of his past and so let him into the country as a registered asylum seeker.

Ironically his victim, whose father is a senior legal adviser to the European Commission in Brussels, worked in her spare time in the ancient university city of Freiburg helping out migrants in various shelters and homes.

The killing sparked frenzied new waves of hatred and fear of refugees.

Even the leader of the country’s police union said her death would have been prevented had the open door asylum-seeker policy of Chancellor Angela Merkel been less lax than it is.

The anti-immigrant Alternative for Germany party was to piggyback on the killer’s arrest to highlight what it says are the dangers of unregulated immigration.

It calls Maria a “victim of Merkel’s welcome culture.”

Khavari was born in Ghazni in Afghanistan and came to Germany as an illegal unaccompanied minor in November 2015. 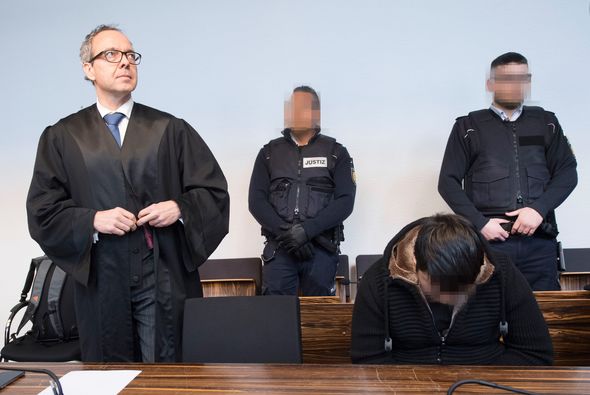 In numerous posts on the Internet he liked to present himself in the guise of a gangsta rapper: hair slicked back with gel, jogging pants and training shoes.

On Facebook, before the killing of Maria on October 16 2016, he wore his hair long but it was cut back after the crime.

A single strand of it was found at the crime scene but he left other traces of his DNA behind on a scarf.

Another disturbing photo he posted on his Facebook page in June shows a wolf man clutching a young maiden in his arms.

Maria’s body was found in the Dreisam River less than one mile from the student accommodation where she lived.

Khavari stayed free for seven weeks before police arrested him. 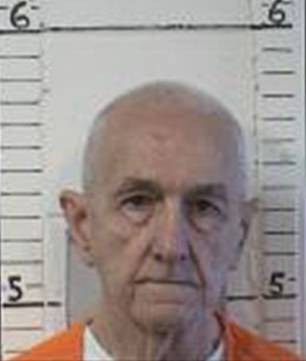 One of California’s most notorious serial rapists and killers, known as the I-5 Strangler, has died after allegedly being attacked in prison. […] 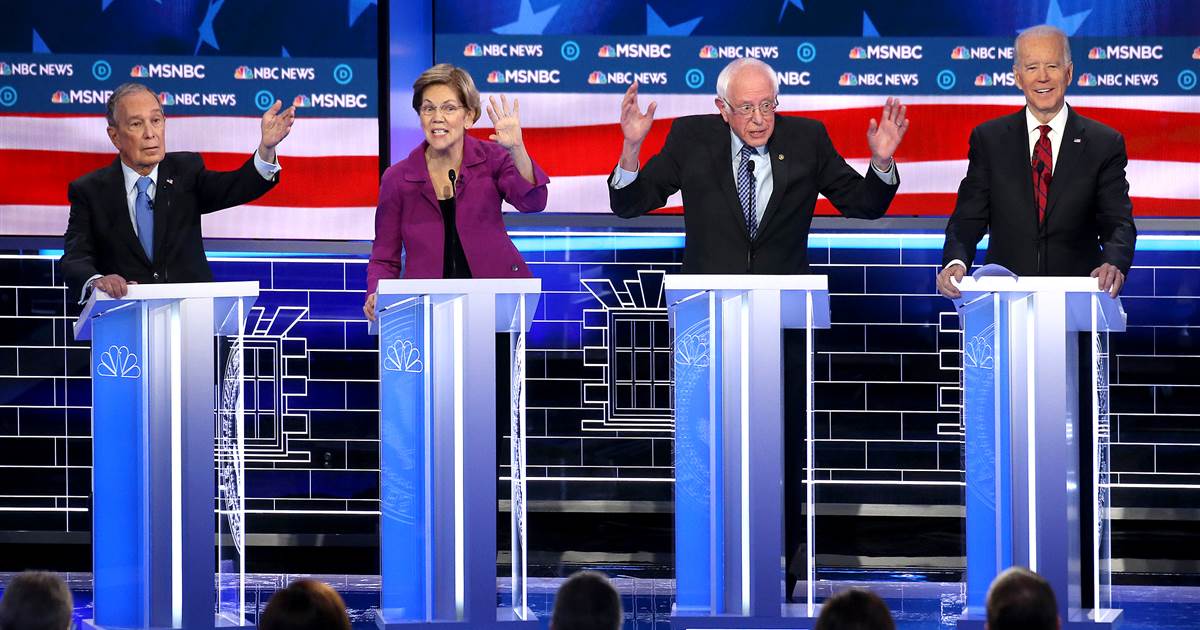 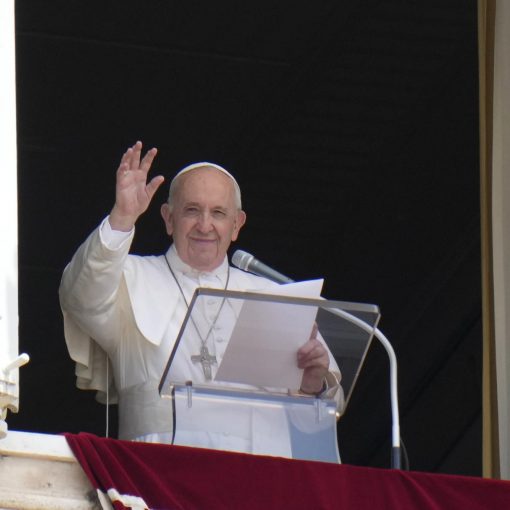 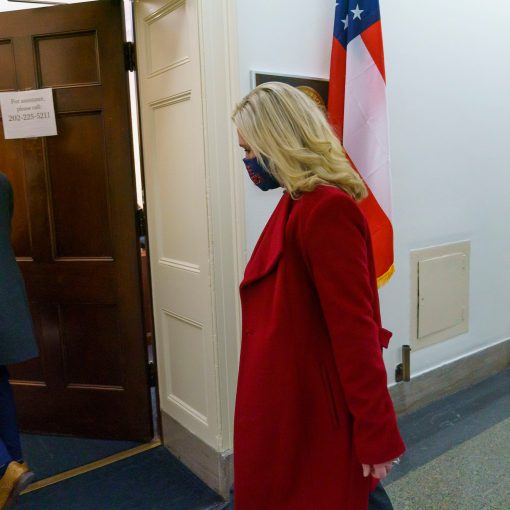