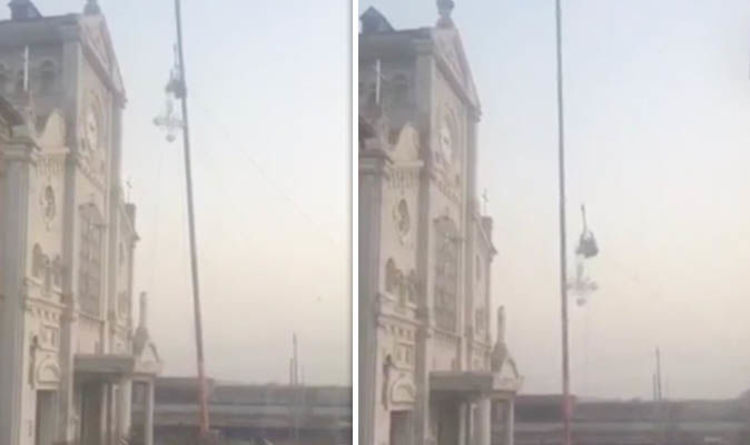 The shocking footage, shared on Twitter by one of the priests witnessing the act, shows the moment when local authorities use a crane to remove the last cross standing on top of the Shangqiu Catholic Church South Cathedral in the country’s Henan Province.

An unidentified group are said to have burst into the church without any official documentation or notice on March 9 and occupied it by securing the doors and shutting down electrical power.

Priest and nuns reported the intruders to the police in vain, as the authorities once arrived confiscated their phone and quarantined them, barring anyone from entering or leaving the church.

The removal of the crosses lasted about five hours amid protests of church staff and volunteers.

Chinese website Catholics Online reported that the alleged intention of local authorities was to occupy the church, but as they failed to do so they went on to stripping the crosses from the church.

“The crackdown on churches used to be targeted mostly at underground communities, but we are now seeing increasing assaults and harassment on state-sanctioned churches as well.

“Please pray for the Church in China to persevere despite growing persecution.”

Activists have reported that between 2013 and 2015 more than 1,200 crosses have been removed from churches only in the eastern province of China.

Hebei Priest Yang Jianwe said that authorities replaced the crosses the day after the aggression with smaller ones.

A source familiar with the incident said: “They claim that the local authorities had a misunderstanding so they put the crosses back”.

Shangqiu Catholic Church South Cathedral, built by Spanish Augustinian missionary Francis-Xavier Ochoa OESA in 1924, has been accredited as a “Major Historical and Cultural Site Protected at the National Level” in 2002”.

These “mind-transformation centres” instruct detainees to be loyal to China, not their religion, with worried family members reporting poor conditions. 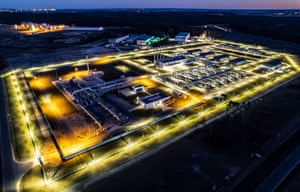