When the post-match debate centres on whether England were poorer in Murrayfield or Paris, there is definitely trouble at mill. They never looked remotely likely to score the four tries required to retain a mathematical interest in the Six Nations title race and it would have been distinctly rough justice on France had the visitors sneaked home late on in Saint Denis. One or two England players felt afterwards they might have received a penalty for French defenders going off their feet at the final ruck under the posts; it would still not have erased the horrors of the previous 79 minutes. In many ways this was even worse than Edinburgh; until the latter stages, Eddie Jones’s side made barely any consistent attacking headway and will need a dramatic improvement to topple the Grand Slam-chasing Ireland. The last time England lost three Six Nations games on the trot was 12 years ago. Robert Kitson

2) France must not let success go to their heads

The French fans were a little giddy with success on Saturday night, but then it has been a long time since they saw their team beat anyone but Italy. The head coach, Jacques Brunel, tried to talk everyone down after the match when he spoke at length about the glaring flaws in his team’s performance. Their lineout was a 50-50 proposition and they lost a couple of their own scrums, too. France have not won three games in a row since the group stages of the World Cup, two-and-a-half years back. They will need to sharpen up their set-piece play if they are going to snap that sequence against Wales next weekend. Andy Bull

3) Ireland are relentless but their defence is suspect

Whatever the opinions about Ireland and their method – and there has been curious dissent over the way they play – they make you tackle. This was not quite the record-breaking 256-tackle fest France were put through in round one, but the 190 tackles Scotland had to make is enough to be getting on with in Dublin. Ireland are nothing if not relentless. Another curiosity, though, is the fallibility of their own Andy Farrell-constructed defence. Three home games, seven tries conceded – and they were carved up enough times by Scotland to make that tally seem flattering. Whether England prove the team to exploit this remains to be seen. Michael Aylwin

4) Scottish flair could come at a heavy price

There has been much debate since the win against England about That Pass, some claiming it was not risky at all because it was so accurate, others pointing out that it is the repeated throwing of such passes that is the risky bit – they will not all be so accurate. It is an apt summary of the debate surrounding Scotland. All hail the way they play, but it is risky because everything has to be bang on. They will carry on winning gloriously, but you sense that until they learn to “put their foot on the ball” as well, longer-lasting success will remain elusive. MA

5) The best is yet to come from Wales

Wales will finish second in the Six Nations for the second time since they last won the title in 2013 if they defeat France in Cardiff on Saturday and England either fail to plunder a bonus-point victory from Ireland or do not overhaul them on points difference. While Wales can point to narrow defeats in Twickenham and Dublin, they are trailing the Irish because, at a time when their gameplan is evolving, they lack the accuracy of the champions. Some of their play against Italy was sublime, passing in contact, running clever support lines and sensing space, but they were also guilty of over-exuberance and conceded too many penalties. Their best is still to come. Paul Rees

Another year in the Six Nations, another case of they came, they saw and they conked out. It is Conor O’Shea’s misfortune that his stint in charge of the Azzurri has come at a time when the overall standard of the championship is rising: even France have hauled themselves off the floor. Italy are improving and in the likes of Matteo Minozzi and Sebastian Negri are candidates for the team of the tournament, something that was the annual preserve of Sergio Parisse, but they are not doing so at a rate to close the gap on the rest, unable to take a firm grip on a match and paying dearly for mistakes. Their Under-20s ended a 20-match losing streak in Colwyn Bay on Friday night to reveal stirrings from below. PR

This was the round that caught the eye when the draw for the women’s competition was made and it did not disappoint. France at home against England in a repeat of last year’s World Cup semi-final always felt like the pick of the fixtures but the fact that 17,434 turned up in Grenoble is a magnificent attendance for a nail-biting win for the home side. The women’s competition only benefits when matches are competitive and, judging by the scorelines, that can be said for the other two fixtures. For Italy to win in Wales and Scotland to triumph in Ireland is proof that while France and England are a cut above at present, competition below them is fierce. Gerard Meagher 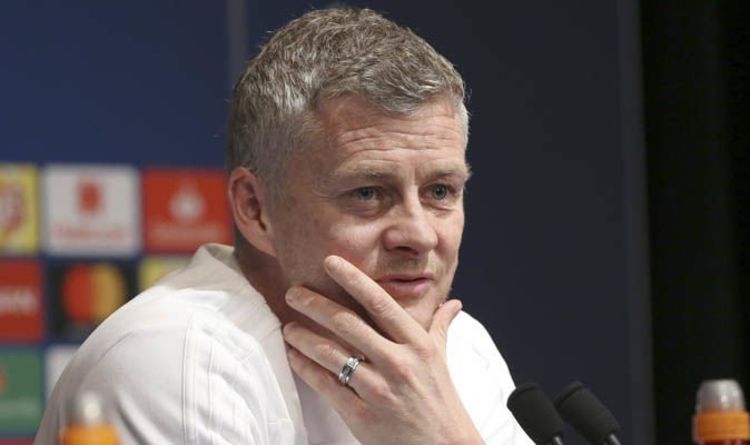 Manchester United boss Solskjaer is currently at Old Trafford on loan from FC Molde, who he left temporarily back in December. The […] 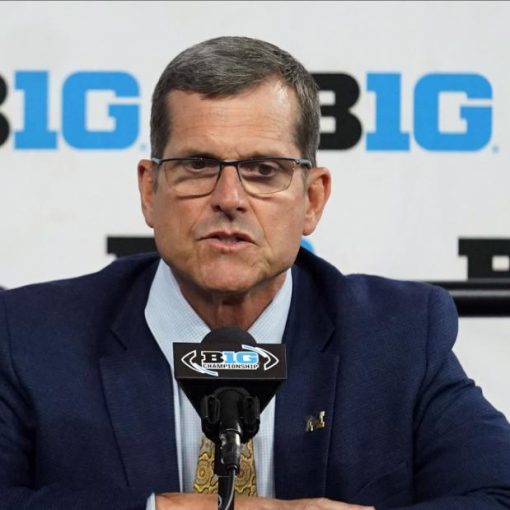 Harbaugh, a Catholic, and his wife Sarah spoke last week at the pro-life ‘Plymouth Right to Life’ event. He spoke about how […]