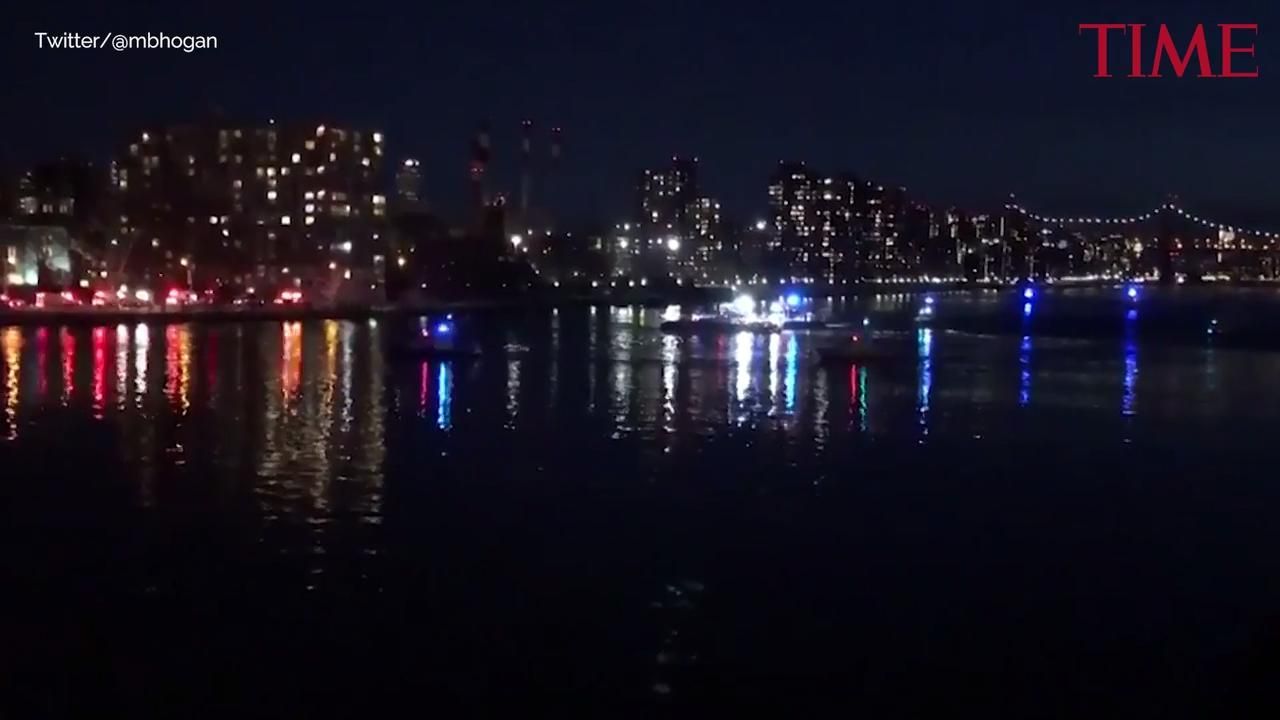 A helicopter crashed into the East River in New York City on Sunday night, killing all five aboard passengers. The only survivor was the pilot.

All of the passengers had been strapped into their seats in tight harnesses, and the pilot was the only person able to free himself from the downed aircraft, according to officials of the Fire Department of New York.

The passengers were on a private charter for a photo shoot being run by Liberty Helicopter Tours, New York Police Commissioner James O’Neill at a news conference Sunday.

Here’s what we know about the fatal crash so far:

The aircraft went down shortly before 7 p.m. just south of 86th St. in the middle of the river near Roosevelt Island, O’Neill said.

A private tugboat was the first to arrive on the scene of the crash and assisted in the response. A search and rescue response began immediately. The NYPD, FDNY and the U.S. Coast Guard all responded to the incident.

An investigation into the deadly crash is being conducted the National Transportation Safety Board, said O’Neill.

What Caused the Crash?

It is unclear exactly why the helicopter crashed, but NBC 4 New York reported that the pilot issued a distress call minutes before the crash, saying “Mayday…mayday…mayday…East River engine failure!”

Witnesses who saw the helicopter plummet from the sky said it looked like it was “flying too fast and descending too quickly,” according to the New York Times. After hitting the water, the helicopter tipped over and flipped upside down, the witnesses described. One witness said they saw the pilot climb on the submerged helicopter and shout for help, the Times reported.

Who Was on Board the Helicopter Before It Crashed?

The pilot was identified as Richard Vance, 33, according to NBC 4 New York. None of the victims identities have been released. Vance was taken to the hospital and released later Sunday night, said Nigro.

Officials said the passengers were on a sightseeing photoshoot and had taken off from Kearney, New Jersey.

Why Couldn’t Rescuers Save the Passengers?

“One of the most difficult parts of the operation…is the 5 people besides the pilot were all tightly harnessed,” New York Fire Commissioner Daniel Nigro said Sunday night. “So these harnesses had to be cut and removed to in order to get these folks off of this helicopter which was upside down at the time and completely submerged.”

“It took a while for the divers to get these people out,” he said. “They worked very quickly, as fast as they could. That’s 50 ft of water there, there was a 4 mile an an hour current, the temperature was below 40s.”

Power Line: Investors bet on plasma hotter than the sun, and long-lasting batteries brought to you by Bill Gates

Spain scrambles to recover after Gloria leaves path of destruction

The Wuhan coronavirus and SARS belong to the same family, but experts say there are key differences between the 2 outbreaks