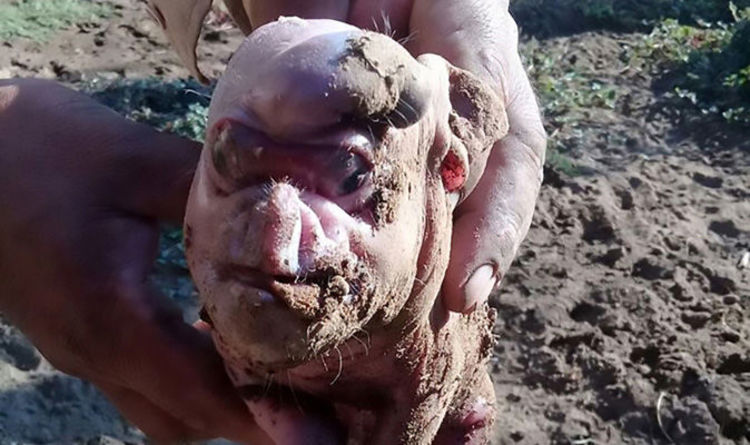 The discovery was made when the piglet was spotted next to its mother after she gave birth to eight young in the rural area of Santo Domingo in Santiago del Estero Province in northern Argentina.

However, the human-like piglet died a few hours later due to breathing difficulties.

Pig and goat breeders Walter Oscar Velez and wife Roxana Noemi Villarreal, who also produce charcoal at their farm, said that they are at a loss for an explanation.

It is the latest in a number of horrific mutations in the country which is at the centre of a row over the use of pesticides and genetically modified foods.

Some people believe environmental pollution plays a role in the animals’ peculiar appearance and untimely deaths.

Pharmacologist and paediatric specialist Dr Medardo Avila Vazquez said: “Around 12 million Argentines live in regions where soybeans are cultivated, surrounded by the fields where glyphosate is sprayed.

“In the province of Chaco, where soybeans are grown, we found the numbers of deformations quadrupled in a 10 year period, in the same timeframe the cultivation of soybean increased seven times. I see children dying all the time at the clinic where I work.”

The gallery reveals the bizarre animal mutation epidemic in Argentina. 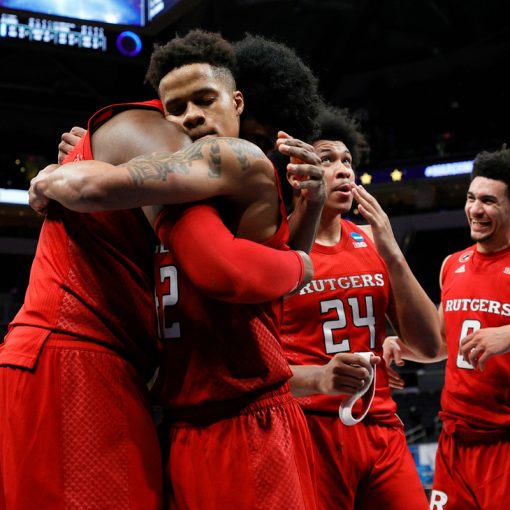 The clinching play proceeded perfectly according to plan, at least in the context of the 39 minutes and 50 seconds that had […]