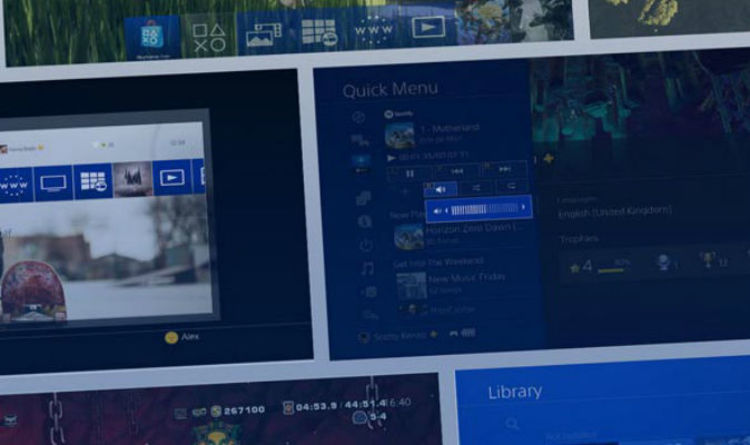 Sony have confirmed that their latest system upgrade has now been released on PS4 and PS4 Pro.

Console owners should be able to download the latest patch now, which includes a range of new features.

PS4 update 5.50 has been in beta testing for sometime, with the latest system notes confirming just why.

You can find the full list of changes, along with the official Sony PS4 system notes, below:

One major feature that was included with the 5.50 update beta trial was the ability to customise the PS4 home screen with your own images from a USB stick.

This feature gives Family Managers (and adult family members set as Guardians), the ability to control when and for how long each individual child can play for. Playtime can even be set to vary depending on the day of the week, for example you could allow your child to play for two hours between 4-7pm during the week and then for 4 hours between 8am-8pm on the weekend.

New tabs and filters are also being added to the Library, to make it easier to organise and find content.

New “This PS4” and “Name/Avatar” tabs allow you to split content between everything you own and what’s currently installed on your PS4.

There is now a dedicated PS Plus tab too showing all Monthly Free Games you have access to, along with the ability to hide certain apps under the “Purchased” tab – such as old trials or demos of games.

The Quick Menu is also getting some UI enhancements. You’ll shortly be able to access the custom friends drop down list directly from it, making it easier to see who’s online and send them messages or invitations.

You can now permanently remove old notifications from your PS4 – to help you keep on top of game invites, status of downloads etc. Just go to Notifications and press the ‘triangle’ or “OPTIONS” button to open up a menu that will allow you to select a single or multiple notifications you’d like to delete.

In addition to being able to import your pictures from USB to use as your Team Logo or tournament page background, some further UI improvements are coming too. For example, with 5.50 you can now schedule events directly from the tournament page, and more easily filter between Team vs Team and 1v1 events.

Never miss out on an opportunity to augment your experience with PlayStation VR. After this update, a PS VR icon will be shown next to all content on your dashboard and library which support the headset.

The system level optional mode gives more control to the player, helping them further benefit from the power of PS4 Pro, even if they don’t have a 4K TV.

Once enabled, all games output at a higher resolution, which for many PS4 Pro enhanced titles is above 1080p, and up to 2160p. Then, with up to 4x the amount of visual and colour information to work with, the PS4 Pro is able to deliver a more refined image when downscaling to HD.

As a result some games will receive a clarity boost, feature sharper details and benefit from a reduction in jagged edges on objects. Performance will vary by title, as games are optimised differently for PS4 Pro.

A Terminator is joining Ghost Recon: Breakpoint this week

Eight Atari-themed hotels are being built across the US – CNET

PS5 vs Xbox Series X: Sony set to have day one advantage over Microsoft

Journey to the Savage Planet Review

Journey To The Savage Planet: The Kotaku Review | Kotaku

Princess Beatrice wedding: Will she break royal tradition like Kate Middleton and Eugenie?