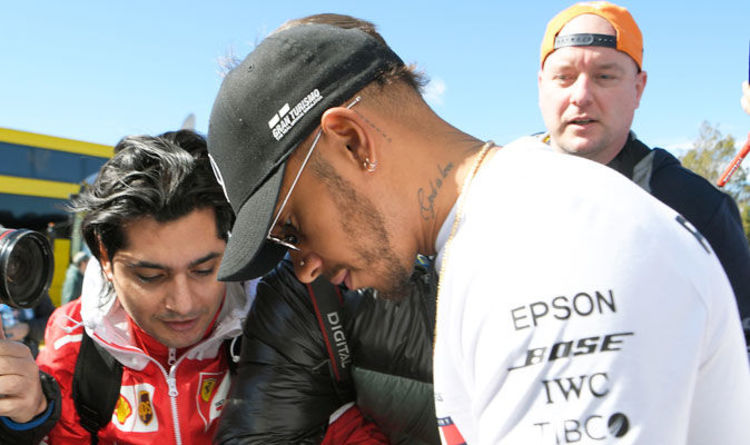 Mercedes are currently in the second week of testing in Barcelona after the first week was a bit of a washout.

Hamilton racked up 90 laps yesterday and his best lap of 1:18:400 was enough for him to finish the day second fastest.

The four-time world champion is pleased with how things are shaping up ahead of the new season, but insists it is still a “work in progress”.

He said: “Today has been positive.

The car is feeling good and the tyres are working. It’s nice to have some good weather so we can really try and get in the mileage.

“The reliability has been good so far, which is a sign of all the great, hard work that the team has put in over the winter.

“It’s still a work in progress, but it’s definitely going in the right direction.

“The team’s working hard – both here and back at the factory – to continue to climb the upwards gradient which we’re currently on.

“I’m just so proud that I’m driving a creation that these guys have all worked to the bone to create.

“I’m proud to be the one who gets to go out there and try to exploit this car and bring them the results they deserve.”

The new season gets underway on March 25 with the Australian Grand Prix.

The soccer match worth $346 million to the winner