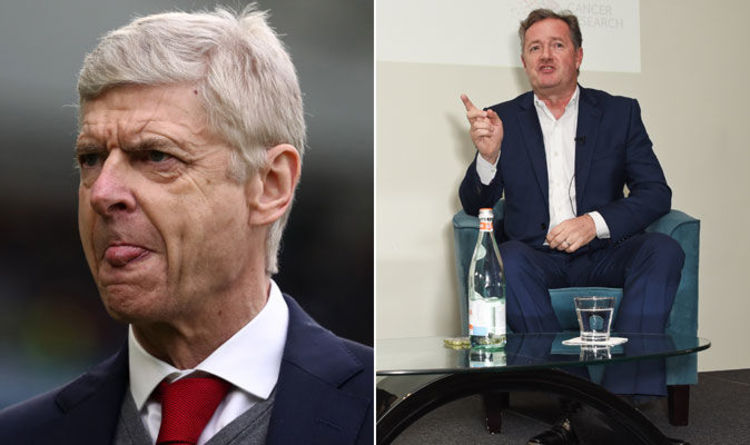 Wenger complained Arsenal‘s busy fixture schedule was causing their slump minutes after a 2-1 defeat to Brighton.

The loss means Arsenal’s top-four Premier League hopes are all but over with the Gunners now 13 points adrift of fourth-placed Tottenham.

Wenger’s explanation may not wash with many Arsenal fans, plenty of whom have long been calling for his departure.

And Morgan appears to believe the Frenchman, who is under contract until the end of next season, won’t walk but will be given the boot.

The official BBC Sport Twitter account posted this morning: “Arsene Wenger has reportedly said that he will not step down this summer.”

Support for Arsene Wenger from the Arsenal fanbase appears to be waning after eighty-eight per cent of a prominent supporters group voted in favour of his contract being terminated at the end of the season.

The Arsenal Supporters’ Trust canvassed their 1,000 members ahead of their annual general meeting on Monday night, with those who responded overwhelmingly calling for the Frenchman’s 21-year tenure to come to a close.

A large majority of travelling supporters at the AMEX Stadium chanted “we want Wenger out”, with the club 33 points adrift of runaway leaders City and closer to the foot of the Premier League table than the summit.

During the current run, Arsenal were outclassed by Manchester City in the Carabao Cup final having already seen their FA Cup defence end with defeat at Nottingham Forest in the third round.

The only remaining hope for silverware, and a return to the Champions League, is to win the Europa League with Arsenal’s first leg of their round of 16 clash against AC Milan taking place in the San Siro on Thursday.

Ahead of that game, the Arsenal Supporters’ Trust (AST) held their annual general meeting.

And, following a run of eight defeats in 13 games, the majority of respondents to a members’ survey were clear what they wanted to see.

“In a survey conducted online & at tonight’s meeting 88 per cent of AST members vote for Arsenal ending Arsene Wenger’s contract when position reviewed this summer (seven per cent for staying on and five per cent don’t know yet),” a tweet from the AST Twitter account read.

Arsenal went through a similarly poor run of form at the same stage of last season, losing seven in 12 before chief executive Ivan Gazidis said those results would be a “catalyst for change”.

Wenger’s position was uncertain during that spell as his contract was due to expire but, despite Gazidis’ words and a number of matchday protests and marches, he penned a new two-year deal after guiding Arsenal to a third FA Cup in four years.

AST held a similar vote 12 months ago where 78 per cent of respondents called on no new contract to be offered to Wenger and, despite that recent FA Cup success, more of the trustees now want the 68-year-old removed from office.

Asked after a 3-0 Premier League reverse to Manchester City last Thursday, Wenger said: “I’m always ready for a fight. I’m of course very disappointed but I’ve experienced these situations before. I’ve faced difficult situations in my life and it helps to deal with that.”

Defeat to Milan over two legs could see the most difficult of situations presented to Wenger, who has also now conceded he had to be “realistic” of the importance the Europa League now holds. 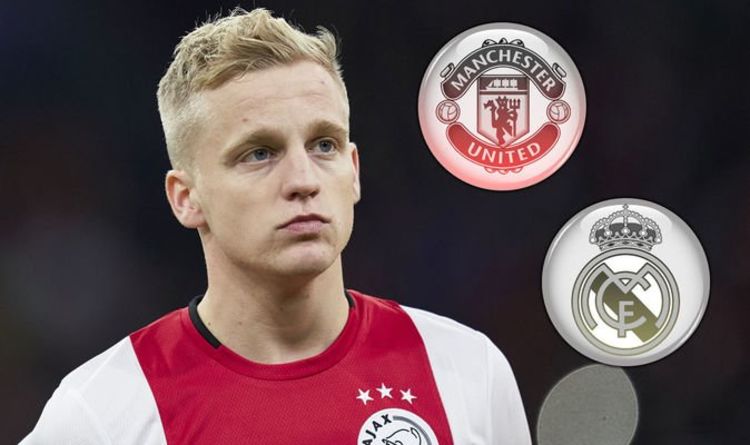 Manchester United believe Real Madrid are the frontrunners to sign Donny van de Beek despite their interest, reports say. The 22-year-old has […] 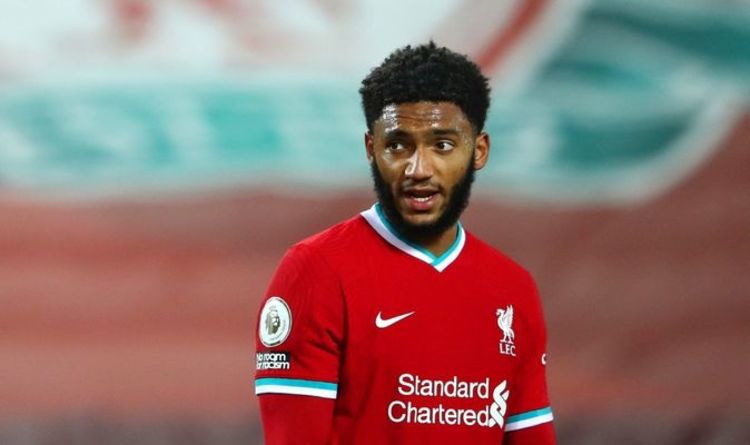 Liverpool reportedly fear that Joe Gomez could be set for a significant spell on the sidelines due to injury. The centre-back is […] Peru won 2-0 with goals from Jefferson Farfan and Christian Ramos after a goalless draw in the first leg. The Peruvians, who […]