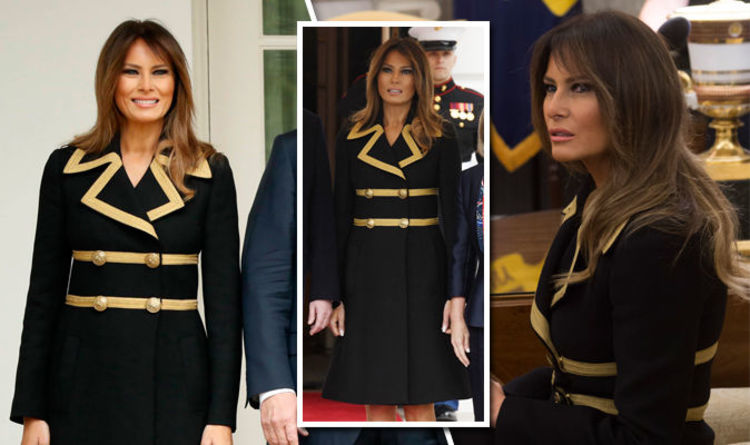 Joined by her husband Donald Trump, 71, the foursome posed on the steps of the White House on the South Lawn before heading inside to the Oval office.

It was the first time the Prime Minister has visited the White House since Donald Trump took office.

The duo discussed the relationship between the two countries and the prospect of a future trip to Australia.

Featuring an oversized lapel and flared hem, she flashed her long legs with some nude coloured court shoes.

Her long hair was kept in loose waves which fell over her shoulder.

She went for minimal jewellery and simply wore her wedding ring, whilst keeping her make up subtle.

Melania’s white nails were a bold look that contrasted with the rest of the outfit.

It isn’t the first time she has added a flash of white, having stepped out last week in a white dress to meet the victims of the Florida school shooting.

She styled the white shirt dress with black heels and a preppy cardigan over her shoulders.

They met with the victims in the hospital as well as the local police in the area, as she was spotted shaking hands with Coconut Creek Police Office Mike Leonard, who arrested Florida shooting suspect Nikolas Cruz.

But what does Melania Trump do for a living? Before she became the First Lady, she had a number of jobs.

Melanie became a model at the age of five, before signing up with an agency when turning 18.

She also studied architecture and design at the University of Ljubljana but dropped out after a year.

The wedding between her and Donald took place in 2005, and have been married for over twelve years.

Despite this, the First Lady posted a belated Valentine’s Day video to someone else.

A two pound coin that is selling online for £15 could be hiding in your wallet. Have you spotted this coin created […] 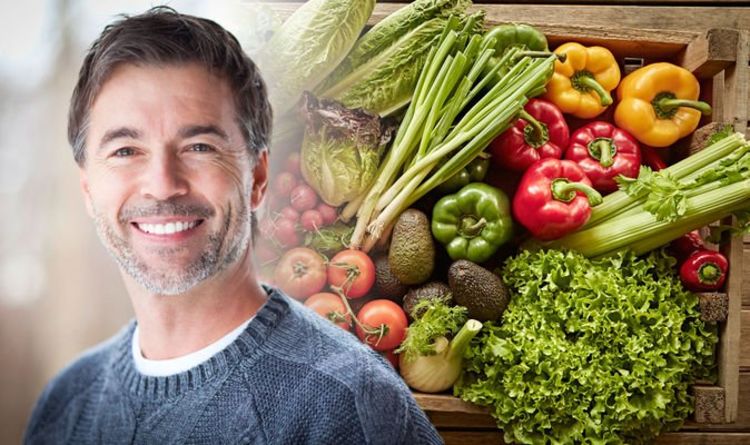 ‘How to live longer’ is a question many people want to know the answer to, and preventing serious health conditions can help […] 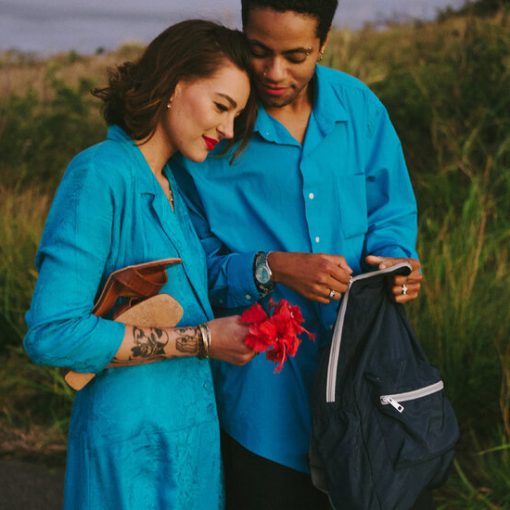 The soundtrack of Emily Margaret Shakeshaft’s childhood became a means of comfort and grounding as she grew older. One of the songs […]

Mutual friends from their teen years had told Sapna Maheshwari that Devjoy Sengupta was a “keeper” at 17. She was not about […]