Students and teachers responded as trained when the fire alarm sounded, streaming out of the school and toward exits only to run into deadly gunfire.

Two boys with stolen guns took aim from a wooded hill, waiting for people to evacuate after one of the boys had triggered a false fire alarm. They killed four children and a teacher.

That was 20 years ago at Arkansas’ Westside Middle School, before active-shooter drills became part of the routine for schools across America.

Students today are taught to evacuate during fire alarms but lock down during school shootings. So there was confusion Wednesday when a fire alarm sounded — the second one that day — at a Florida high school as 19-year-old former student Nikolas Cruz unleashed a barrage of gunfire. Head for the exits or hunker down in classrooms?

As in many U.S. schools, students and teachers at the school had trained for both responses, just not at the same time. Seventeen teachers and students were gunned down.

Unconfirmed initial reports suggested that Cruz pulled the fire alarm himself, but authorities haven’t confirmed who set the alarm in Parkland.

Emergency responders say there is no single accepted set of best practices for responding to active-shooter situations, and the protocols vary from district to district around the country.

That includes everything from consistent drills to strategies for teachers to fight back with baseball bats and soup cans if confronted by an armed intruder.

Safety experts say it’s unusual for schools to encounter situations where drills contribute to confusion or are exploited to inflict more harm, though they concede the unsolvable reality of that possibility.

“We might be training the suspect in our drills,” said Mac Hardy, operations director from the National Association of School Resource Officers. “I mean, we understand that, we know that, but we have to also do the best we can in the situations we’re in to try to keep as many students as safe as possible.”

Drills should encourage people to think on their feet, said consultant Kenneth Trump of National School Safety and Security Services in Ohio. That might mean starting a drill when students are in hallways or lunchrooms instead of class, or telling a teacher in the midst of a drill to pretend a particular route is blocked, Trump said.

Various organizations offer guidance about dealing with an active shooter. The National Fire Protection Association is working on a proposed accredited standard for responders at the request of an Orlando-area fire chief who, after the 2016 Pulse nightclub shooting that killed 49, thought it was time to have some minimum criteria that communities and facilities could consider adopting for how to prepare for and responds to such events.

In Westside Consolidated School District, where the 1998 shooting occurred, a given classroom won’t always use the same exit when the district does monthly fire drills required by the state, Superintendent Scott Gauntt said.

Those drills are announced to teachers in advance, and no one evacuates for an unannounced fire alarm until a staff member checks where it originated from and confirms a real fire threat, he said. If one of the three buildings on the campus does evacuate, those students are moved away from areas where an attacker could hide in nearby hills, and the other two buildings lock their doors, Gauntt said.

“We’re trying to do the best we can,” Gauntt said. “It’s amazing that this continues to happen, but at the same time, it’s almost impossible to keep it from happening.”

In Washington state, one district has equipped each classroom with T-ball bats, the type that young children use as an introduction to baseball.

The bats are one of several tactics that teachers are taught as part of training for emergency intruder situations, said Tim Payne, the superintendent of College Place School District. The measure was put in place last year and incorporated into staff training for fire drills, lockdowns, shelter-in-place orders and other emergency scenarios.

“If I were a superintendent and said, ‘I’m putting a pistol in every classroom,’ I would create chaos,” Payne said. “But a T-ball bat is an acceptable item to have in a classroom.”

A recent shooting in Northern California provided an example of how active-shooter training protected students. A gunman on a deadly rampage in a small town in November showed up at a local elementary school, but was unable to access any classrooms where students and teachers huddled inside because officials promptly went into lockdown.

Wednesday’s shooting in Florida was the 17th incident of gunfire at an American school this year and the second of those to involve an active shooter killing students.

“We are living in a sort of epidemic of acute mass violence. It’s become the terror du jour,” said Michele Gay, whose daughter was one of 20 children killed in the massacre at Sandy Hook Elementary School in Newtown, Connecticut, in 2012. The next year, Gay and another Sandy Hook parent co-founded Safe and Sound Schools as part of a campaign to make schools safer. They have done education and training programs at more than 500 schools nationwide.

Gay is a firm advocate for training teachers and school staff to handle a variety of emergencies so if crisis strikes, muscle memory kicks in. She believes the more training the better. If schools make known their teachers are trained, that can serve as a deterrent to would-be attackers, she said.

“If they know there is education and training, I believe it is less attractive to them,” Gay said, but added that schools need “layers” of safety and security measures, many of which should not be discussed with students — such as security hardware like locks and doors and new technology they might be using for crisis situations. 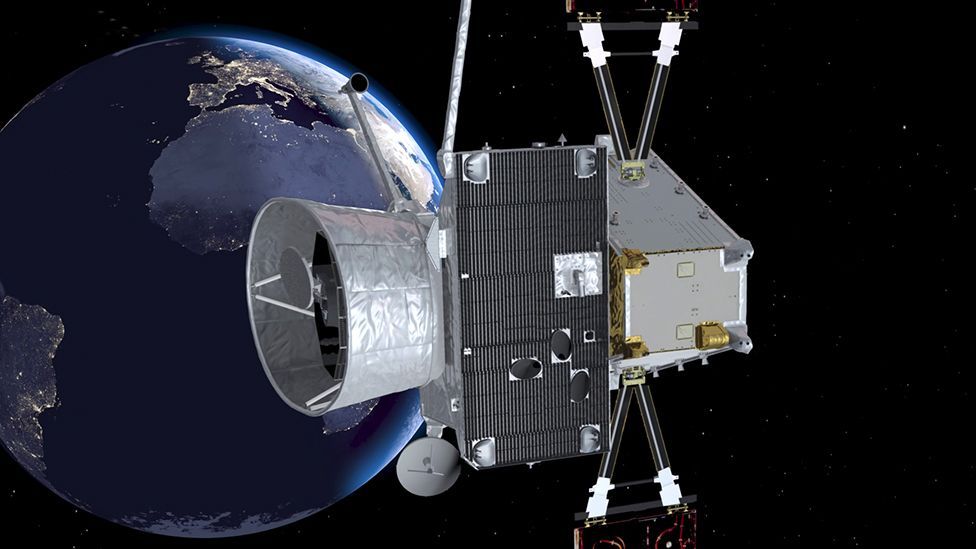 Artwork: The stacked probes will pass by the Earth at a distance of 12,700km The joint European-Japanese mission to Mercury reaches a […] 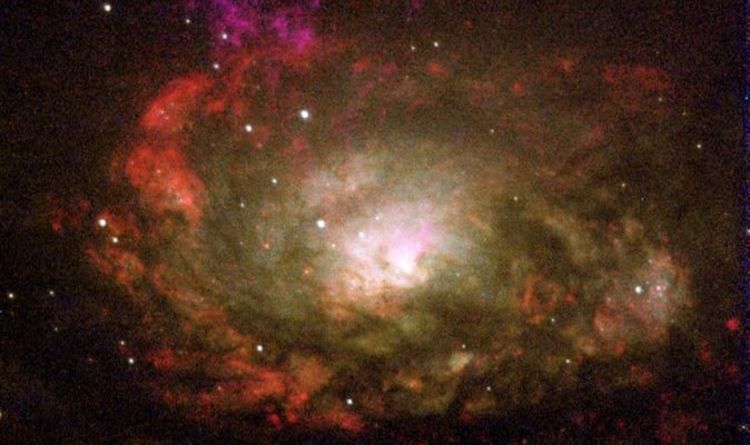 “The outer ring, located about 700 light-years from the centre, appears mostly red and is home to tremendous bursts of star formation. […] Next week, NASA will launch a small mission with an ambitious task: to peer into some of the universe’s most violent objects […]