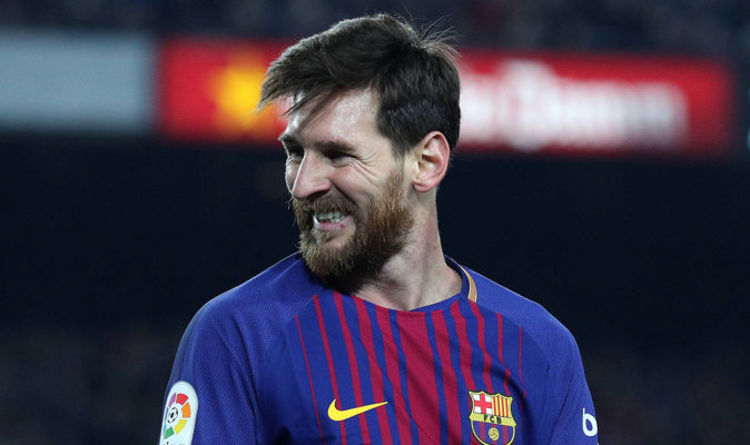 Lionel Messi has reportedly told his Barcelona team-mates that Neymar WILL join Real Madrid next season on one condition.

Spanish outlet Mi Otra Liga claim Neymar has held conversations with Messi about what his next move will be.

And the Argentina international has relayed the message to his Barcelona team-mates.

Neymar reportedly told his friend he intends to join Los Blancos at the end of the season if PSG don’t make the Champions League final.

Luis Enrique is being lined up to replace Antonio Conte at Chelsea.

The Daily Mail claim Conte is on thin ice at the Blues.

All has not been well since last summer when Conte had to urge his board to push ahead with transfers.

The report claims former Barcelona boss Enrique, who has taken a year out of football after leaving the Nou Camp last summer, is Roman Abramovich’s top choice to replace the Italian.

Bartra on the move

Manchester United and Manchester City are among the clubs keen on a move for Marc Bartra.

The Spain defender is out favour at Borrusia Dortmund and could leave the club this month.

Spanish outlet Marca claim Manchester United and City have both shown interest in the 27-year-old centre-back who can also play on the right.

Juventus and Real Betis are also keen on the former Barcelona player.

Manchester City however are closing in on a deal for Aymeric Laporte, so they are unlikely to make a move this month.

United would be ready to strengthen at the back despite signing Victor Lindelof in the summer.

Mourinho and a number of his players flout social distancing rules