On the day he and his wife put on their first presidential display, as former-model Melania Trump, 47, made her premiere outing as First Lady.

The Slovenian-born mother of Donald’s 11-year-old son Barron channelled Jackie O in a powder blue skirt suit. She later changed into a glamorous white gown to dance with her husband in the evening.

Since, the couple have appeared many times together, and their relationship has weathered much scrutiny with all eyes on the pair.

Author and body language expert Judi James analysed the couple on their inauguration, and claimed there were hidden clues as to how the pair would handle the presidency.

She said: “Looking back at Donald and Melania’s inauguration body language a year down the line allows us a clearer view without the filter of the comparison of the body language of the outgoing POTUS and his FLOTUS.” 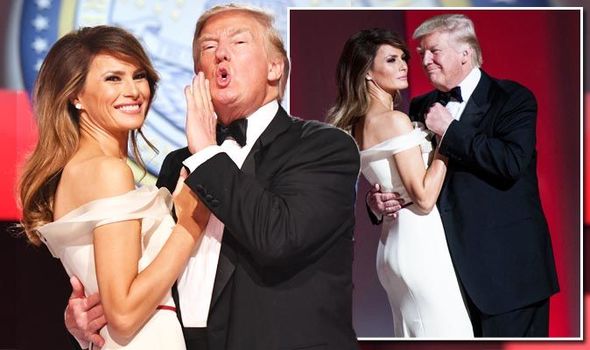 Donald Trump and Melania: President celebrated his inauguration on January 20, 2017


Melania stood by Donald’s side as he took the oath of office, looking the model first lady in a blue Ralph Lauren with long gloves in a matching colour and her usually tousled and glamorous hair tied back.

The couple were snapped in a solemn pose, which Judi said “would have been puzzling on the day”.

She said: “Both their expressions are dour and the way Trump face-checks his wife suggests he’s concerned that she’s not happy. The hand-hold is less about affection and more about reassurance or even rallying someone.

“There have been recent assertions that Melania was shocked and worried when her husband won the election and this act of what looks like concern from Trump might fit with that suggestion.” 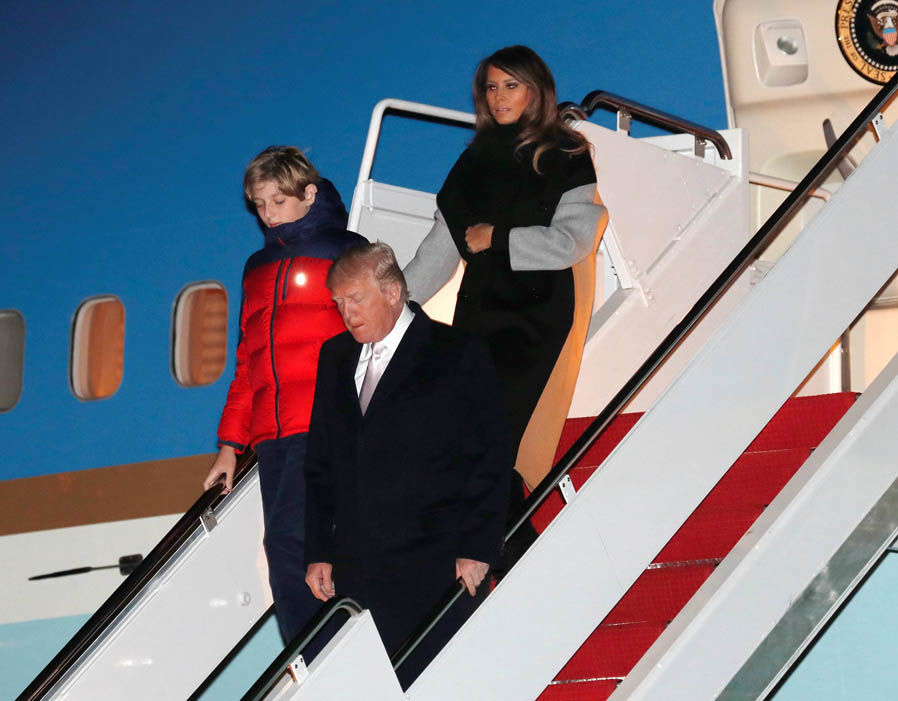 Donald Trump, Melania Trump and their son Barron step from Air Force One upon their arrival at Joint Base Andrews in Maryland 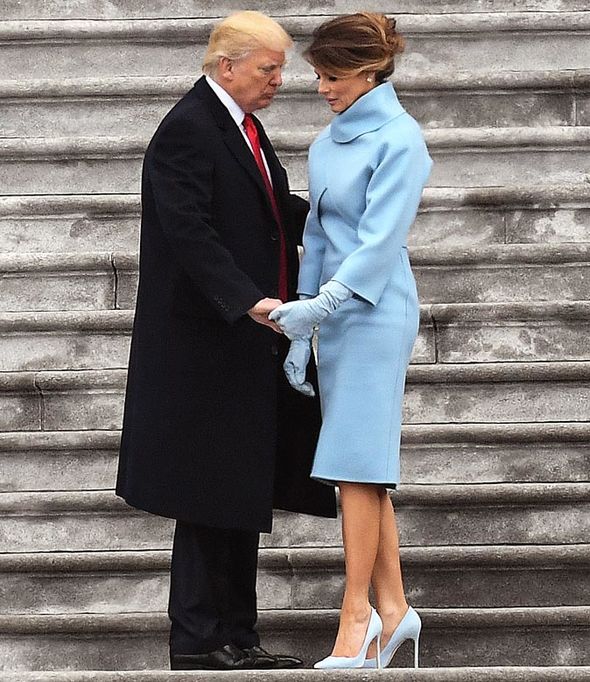 Donald Trump and Melania: The couple have appeared many times together in public since

Later, in her white dress, Melania looked undeniably beautiful, a fact Donald seemed to revel in, according to Judi.

Referring to an image of the President gazing at his waving wife, she said: “This pose was so classic ‘trophy wife’ that it’s hard to read anything else into it.

“While Melania stands looking utterly beautiful and offering a modest-looking wave Trump leans forward watching her and smiling like the host of a beauty queen pageant.”

This is a role that Donald may be familiar with as the former owner of Miss USA.

“This pose suggests he is admiring his wife for her beauty rather than her intellect and his frowning smile and active attention suggests he might see that as the ultimate compliment anyway,” Judi added. 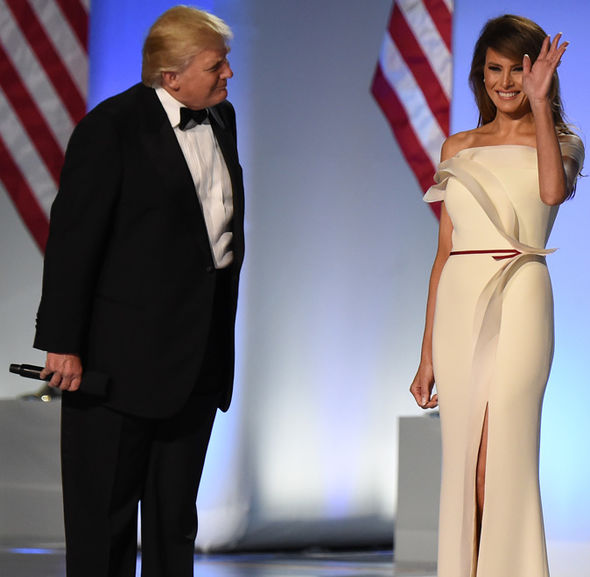 Donald and Melania Trump: President smiles at Melania like she is a beauty pageant queen

A close up of the couple during a dance displays the big personality Donald Trump is known for, and he makes sure all eyes are on him, according to Judi, who revealed: “This pose is all about Donald as we still know him.”

The body language expert explained: “Rather than get lost in the pose with his wife he can’t help using their dance as a way of drawing attention onto himself.”

However, there is a subtle hint at Melania’s dominance in the relationship, despite Donald’s overt gestures.

“Melania looks happily passive here but that hand on the chest could also be a gesture of control and ownership.”

This may have been one clue that the public could expect to see the signs of prompting Melania has given Donald throughout the year, which have amused the public. 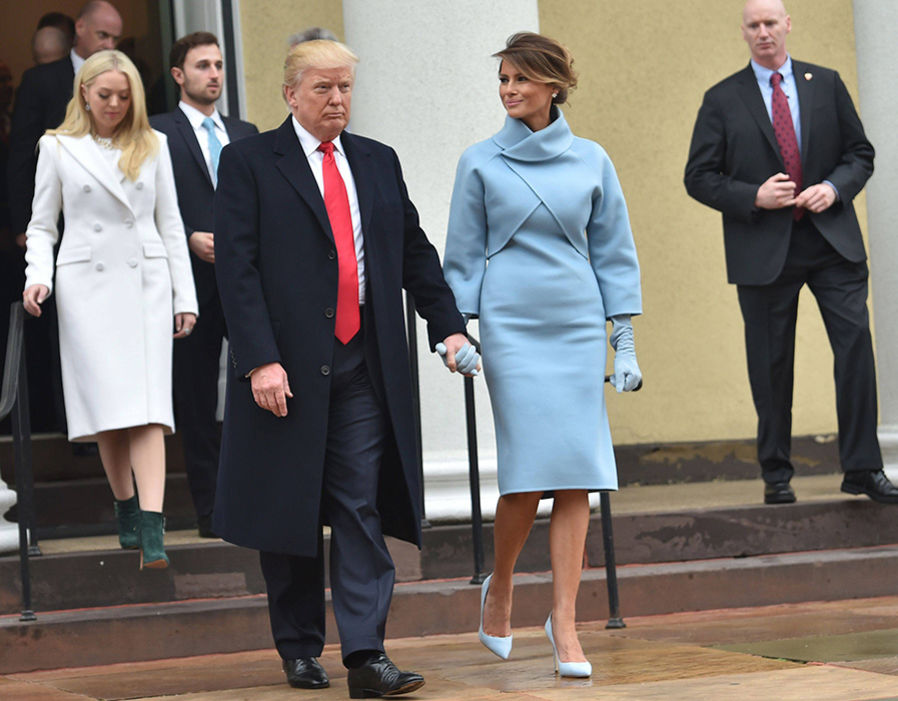 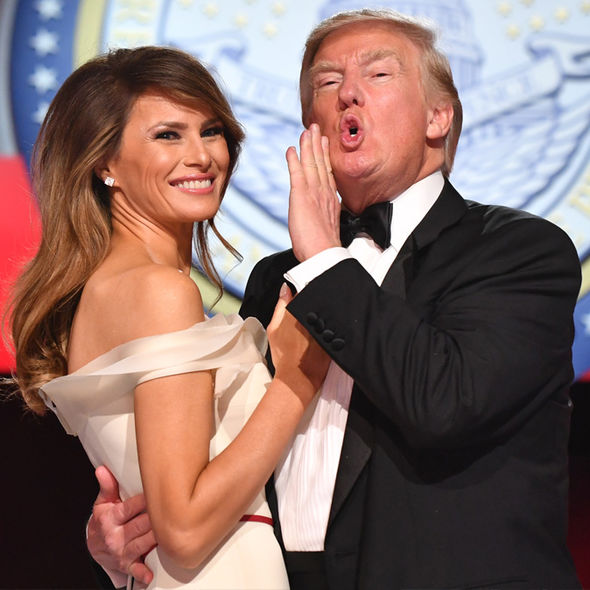 Donald Trump and Melania: Couple during a dance displays the big personality he is known for

“She has been seen using quite dominant hand gestures as tie-signs with her husband over the past year (like the hand-swat rejection of his hand or a hefty nudge in the ribs when he forgot to place his hand on his chest) so this partial control gesture could suggest more dominance than we thought,” Judi explained.

While many saw Donald as the ultimate brash businessman on the day of his election, the couple’s body language shows the business tycoon may defer to his wife more than is immediately apparent.

“Melania seemed to hang behind her husband who seemed to dislike sharing his new power as a world leader,” Judi explained.

However, “Although Melania hasn’t exactly made huge strides in terms of establishing them as a power couple there have been some intriguing hints from their body language since the inauguration that she might be more quietly dominant than we thought and she has even choreographed the odd public kiss from the President, meaning there could have been clues about their team dynamic that were hiding in plain sight back on the day.” 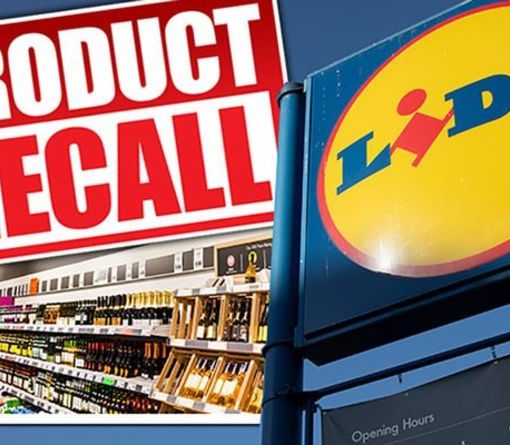 A food recall is issued when a product is known to be faulty. Lidl GB has shared a warning for products sold […] 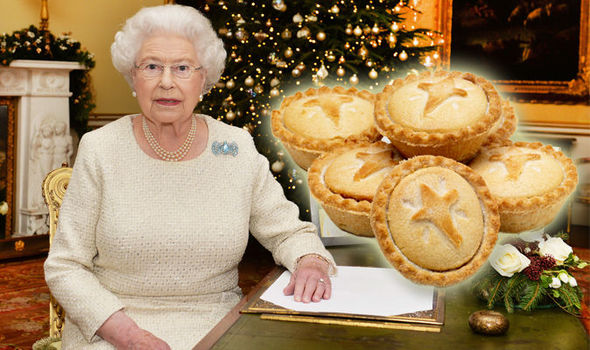 The Queen, 91, oversees a huge Christmas celebration at her Sandringham estate in Norfolk each year. And now her pastry chef has […] 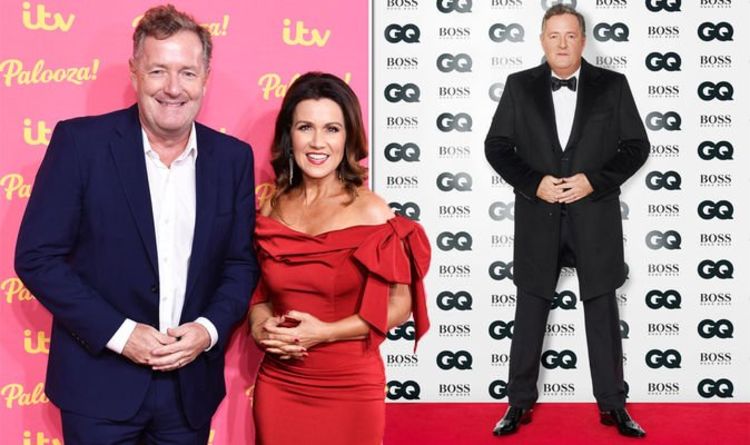 Piers Morgan detailed his newest diet plan to the Sun, claiming his co-star calls him names such as “Chubster”. He told the […] 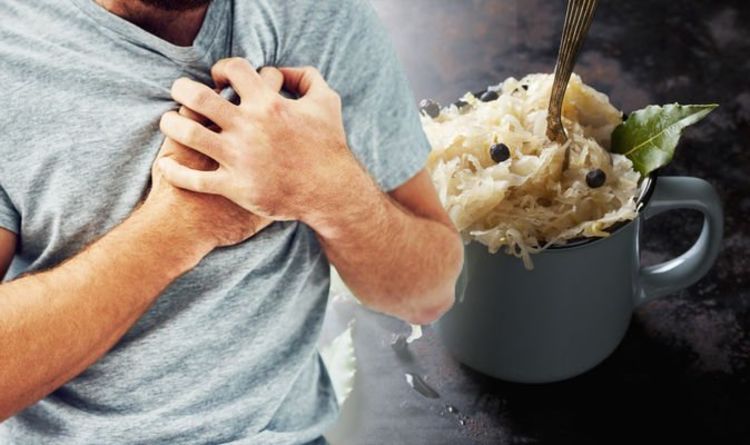 Heart attack risk is often increased through poor lifestyle choices, for example eating a high-fat diet can increase the risk of coronary […]