Secretary of State Rex Tillerson said Friday that rare talks planned for next week between North and South Korea are a sign that the U.S.-led campaign to isolate the North is working.

“It’s an indication the pressure campaign is causing the leadership, the regime in North Korea to begin to think about, ‘This can’t go on forever,’” he said in an interview with the Associated Press.

While the upcoming Winter Olympics are the only definite item on the agenda of the inter-Korean talks — the first such meeting in two years — Tillerson said North Korea might raise other matters, including its nuclear weapons.

The secretary of state added that the meeting, which starts Tuesday at the border between the two countries — who have officially remained at war since 1953 — could become a platform for the North to indicate interest in talks with the U.S.

The secretary of state’s comments came as North Korea’s IOC representative said Saturday that his country is likely to compete in figure skating at next month’s Pyeongchang Winter Olympics, according to Japanese media reports.

North Korean leader Kim Jong Un offered to send a delegation to the games in a New Year’s Day speech. But it wasn’t clear whether that meant athletes or just officials.

Tillerson’s assertion that U.S. strategy on North Korea is working comes just days after President Donald Trump claimed credit for the apparent thaw in relations between the two erstwhile rivals.

“Does anybody really believe that talks and dialogue would be going on between North and South Korea right now if I wasn’t firm, strong and willing to commit our total “might” against the North,” Trump tweeted Thursday.

With all of the failed “experts” weighing in, does anybody really believe that talks and dialogue would be going on between North and South Korea right now if I wasn’t firm, strong and willing to commit our total “might” against the North. Fools, but talks are a good thing!

Trump sparked a public outcry earlier this week with another tweet in which he taunted Kim with the eyebrow-raising assertion that his “Nuclear Button” is “much bigger & more powerful.”

Kim had said in his New Year’s Day remarks that he had a “nuclear button on his desk” and was ready to use it against the United States.

Tillerson and Trump have not always found themselves on the same page on North Korea. In October, just a day after Tillerson said the U.S. had “lines of communication” with the North, Trump sent out a tweet telling the secretary of state: “Save your energy.”

“I told Rex Tillerson, our wonderful Secretary of State, that he is wasting his time trying to negotiate with Little Rocket Man…,” Trump said in one tweet, adding in another: “…Save your energy Rex, we’ll do what has to be done!”

Related: How Trump’s tweets are framing — and hurting — his presidency

Later that month NBC News reported that the secretary of state had been on the verge of resigning this past summer amid mounting policy disputes and clashes with the White House. Three officials familiar with the incident told NBC that Tillerson had on one occasion openly disparaged the president, referring to him as a “moron.”

In Friday’s wide ranging interview Tillerson also addressed the issue of the Iran nuclear deal, saying the Trump administration is working with key lawmakers on a legislative fix which would allow the U.S. to remain in the accord.

The changes to the U.S. law codifying America’s participation the 2015 agreement could come as early as next week or shortly thereafter, Tillerson said Friday.

President Trump faces a series of deadlines in the coming days about how to proceed with a pact he has described as terrible and too soft on Iran.

While the talks involving the White House, State Department and Congress wouldn’t increase restrictions on Iran’s nuclear activity, as Trump wants, they could strengthen the way the U.S. enforces the agreement, perhaps persuading Trump that it’s worthwhile for the U.S. to stay in it.

“The president said he is either going to fix it or cancel it,” Tillerson told the AP. “We are in the process of trying to deliver on the promise he made to fix it.”

Next week the president must decide yet again whether to certify Tehran’s compliance with the nuclear pact and continue granting its economy relief from years-old U.S. sanctions.

In October, Trump declined to certify Iran’s compliance, saying the sanctions relief was disproportionate to Iran’s concessions and that the agreement wasn’t in America’s national interests. Nonetheless, he waived the sanctions for another three months.

He left the ultimate decision on staying in or quitting the deal for later while urging Congress to change the U.S. law concerning the certification.

Any changes would have to get significant support among Republicans, including many die-hard opponents of the nuclear deal, and some Democrats who largely support it.

Meanwhile, U.S. Ambassador to the United Nations Nikki Haley warned Iran on Friday that “the world will be watching” its actions as protests continue to roil the country.

The U.S. called the meeting after giving moral support to the anti-government protesters in a week of demonstrations and counter-demonstrations.

Iran’s state TV showed several hundred government supporters waving Iranian flags and chanting slogans against the U.S. and Israel on Saturday. The broadcaster described the rally as a “response to rioters and supporters of the riots.”

Anti-government protests broke out in Mashhad, Iran’s second largest city, on Dec. 28 and have since spread to several other cities and towns. The protests were sparked by a hike in food prices amid soaring unemployment. Some demonstrators have called for the government’s overthrow. 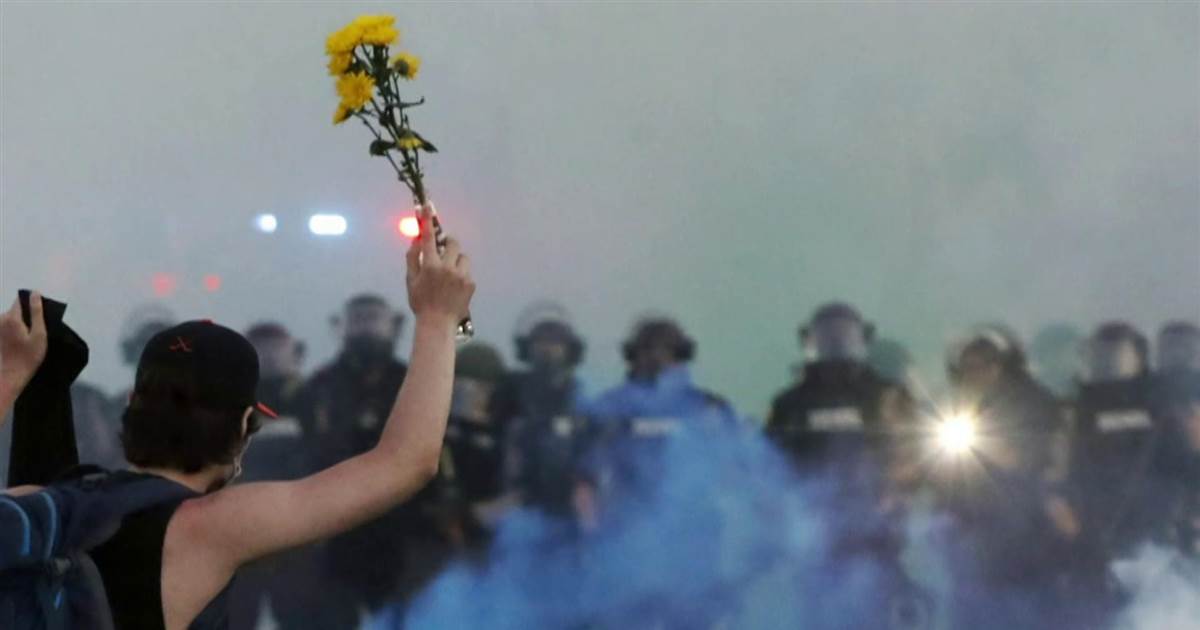 Volunteers gathered across the nation to clean up their prospective cities after the George Floyd protests. Steve Patterson reports from Minneapolis on […] 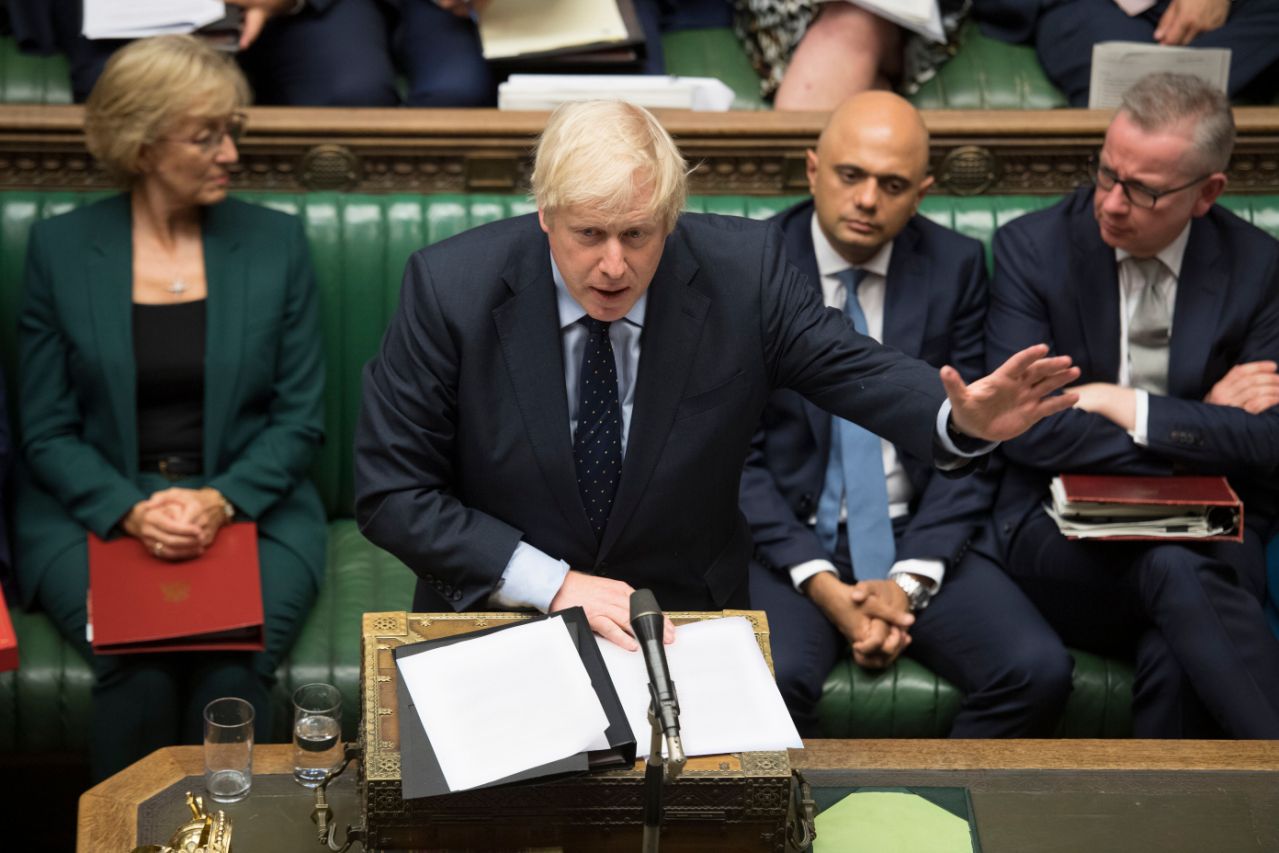 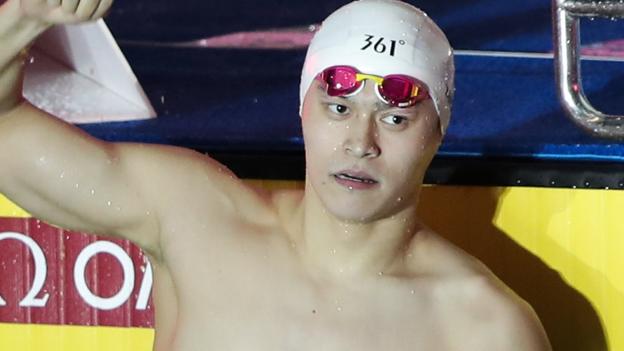