Federer claimed two Grand Slams in the 2017 season in a shock return to form for the tennis veteran.

He began his 2018 campaign at the Hopman Cup on Saturday, where he beat Yuichi Sugita in the singles before teaming up with Bencic for the mixed doubles.

They edged Sugita and Naomi Osaka 2-4 4-1 4-3 in Perth and Bencic says Federer already looks better than he did last season.

“I think he has made a little progress compared to last year!” she joked when asked about the 19-time Grand Slam champion.

Federer is one of the favourites to defend his Australian Open crown in Melbourne next month.

He beat Rafael Nadal in the final but there are concerns the latter may struggle to be fit for the tournament.

As for Federer, he admits that at the age of 36 he has to work harder to maintain his level of play.

“The years go by and I make some adjustments in my game, but I still have the impression of playing well,” he said.

“I hope this lasts a long time.”

Roger Federer is next set to represent Switzerland against Russia on Tuesday, while he will play the USA on Thursday. 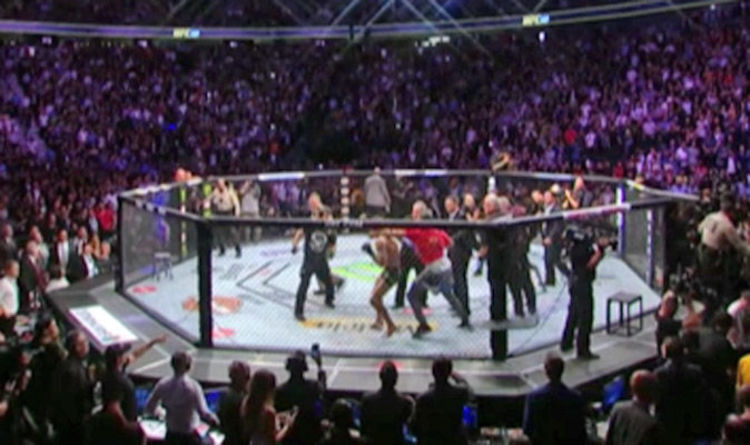 Conor McGregor lost his battle with Khabib Nurmagomedov thanks to a fourth-round stoppage. Nurmagomedov got the Irishman in a choke hold and […]

What a way, potentially, to go – via the sweetest of matchwinning, 30-yard goals. With almost 70 minutes played and Manchester City’s […]