For much of Fatim Jawara’s life, almost her entire world fit here – into a single rambling stretch of dirt road in a rundown beach town at the western tip of Africa.

It was here, behind the high green walls of her family’s compound, that her mother, a professional cook, taught her to make akara, black-eyed pea fritters, and yassa –chicken marinated in soft onions, lemon, and mustard.

It was here, on long hot equatorial afternoons, that she shared pots of ataya – a tooth-achingly sweet mix of green tea, mint, and sugar – with school friends and a rotating cast of her 30-some older siblings, doing impressions that made them laugh until their ribs ached.

And it was here, in the sandy street sandwiched between her house and the mosque across the way, that her brothers and other local boys would gather to play soccer, and where, if they didn’t have enough players, they would sometimes invite Fatim to join in.

“She played like the boys – she took hits. She didn’t cry,” says her brother, Modou.

And soon, soccer began to crack open the door to a world that was a little bigger. Fatim became a goalkeeper for Red Scorpions, Gambia’s best women’s club, and later, for the national team. She traveled to Senegal for a game, then to Azerbaijan for a youth World Cup.

But if soccer drew the world in close, it did little to actually make that world any more accessible. It is a dilemma shared by young people across Gambia, and the region: Europe seems present – its wealth on full display in the houses and cars and gadgets in every community, paid for by money sent back from migrants – but at the same time, its doors seem firmly shut.

However hard she dreamed of European pro leagues and endorsement deals, Fatim was was still young, poor, and African in a world where richer countries were turning away people like her by the tens of thousands every year.

So last October, when Fatim was 19, it seems she quietly made a choice. She told her family and teammates she was going to play for a while with a team in neighboring Senegal. Then, with a friend, she set out on what Gambians euphemistically call “the back way” – a treacherous migrant route across West Africa and Libya, and then the Mediterranean Sea.

Last year, about 13,000 Gambians made it to Europe this way – making the tiny country of 2 million one of the top 10 largest sources of migrants crossing the Mediterranean that year, and the country with the highest migration rate in Africa, according to the United Nations.

Overall, more than 362,000 people crossed into Europe by sea that year.

But Fatim wasn’t one of them.

Instead, she took her place within another statistic. In 2016, the UN counted 5,096 people “dead or missing” in the Mediterranean, including Fatim Jawara.

For migration experts, the deaths of young people like Fatim are part of a troubling global trend – citizens of poor but peaceful countries, often comparatively well-off in their communities, willing to risk everything simply for the possibility of a better life in Europe. They’re driven by a kind of aspiration gap – between what seems possible abroad, and the lack of jobs and social mobility in their own countries.

In Gambia, in particular, political malaise has also contributed to the exodus. From 1994 to January of this year, Gambia had a single president, Yahya Jammeh, helping to create a deep sense among many young Gambians that nothing would ever change.

But for those who loved her, Fatim isn’t a symbol or a number. Like each of the other 5,095 tallied by the UN last year, she is a hole torn in the universe that, for those closest to her, may never be filled.

“From that day up until today my life is incomplete because Fatim was someone who can’t be replaced,” says Choro Mbenga, her former coach. It’s been more than a year, but she says Red Scorpions’ practices still feel eerily quiet, like everyone is waiting for Fatim to show up and burst into dance on the midfield line, or launch into a ridiculous impression of one of her teammates.

“The only time we ever saw her serious was during a game,” says Adama Tamba, a friend and teammate. From the goal, she remembers, Fatim shouted encouragement and advice to her teammates on the field. She played soccer, friends say, with the focus of someone who had fought her way up – less raw talent than sheer grit and hard work. “She didn’t joke during a game,” Ms. Tamba says. “She just played.”

But for months after Fatim’s death, an unspoken question hovered over the team, and over her family.

Why had she gone?

She had never mentioned to any of them a desire to go the “back way,” and so suddenly, every passing comment about wanting to play abroad seemed monumental, like a sign they had all missed. Had it started with her dreams that she would go back to Azerbaijan, after the team traveled there for the World Cup in 2012? Or her promise to visit the Glasgow Girls, a Scottish team who came to play a series of friendlies with the top Gambian players in 2015?

But in truth, it was hard to be in Serekunda without thinking of being somewhere else. Flights roared out of the local airport to Amsterdam, London, and Barcelona, carrying with them a never-ending parade of sunburned Europeans returning home from a packaged holiday at one of Gambia’s aging beach resorts. In Fatim’s childhood neighborhood, Dippakunda, Western Union outlets were as ubiquitous as Starbucks in New York, a reminder of the constant flow of money passing from Gambians abroad back into the country. (Remittances make up nearly a quarter of the country’s GDP, according to the International Fund for Agricultural Development.)

But there is also, Fatim’s friends say, so much she has missed in Gambia too since she left.

She didn’t live to see President Jammeh step down at last, or the international money that flowed in afterwards to help create work for young people, and try to stop the tide of migration.

She didn’t live to see Adama score 51 goals in a single 15-game season and then become the first Gambian woman to be recruited to try out for an international professional team – Paris Saint-Germain.

And she didn’t live to see the Red Scorpions’ first league match of the season this November. It was a sticky Friday night, the air heavy and salty. A call to prayer from a nearby mosque crackled over the field as the sun began to set in deep pinks and blues.

And the Red Scorpions were on form. The players moved easily together, zig-zagging down the field again and again in a series of crisp passes. By the closing minutes of the match, they had racked up a 5-0 lead.

Just before the whistle, the opposing team’s goalkeeper caught the ball, then fumbled it. Adama sprinted towards her. Before the keeper could catch her balance, Adama gently slotted the ball into the net behind her.

The knots of teenage fans gathered on the sidelines roared. Her teammates pulled her into a tight hug.

But something was missing. In a way, she knew, something would always be missing. 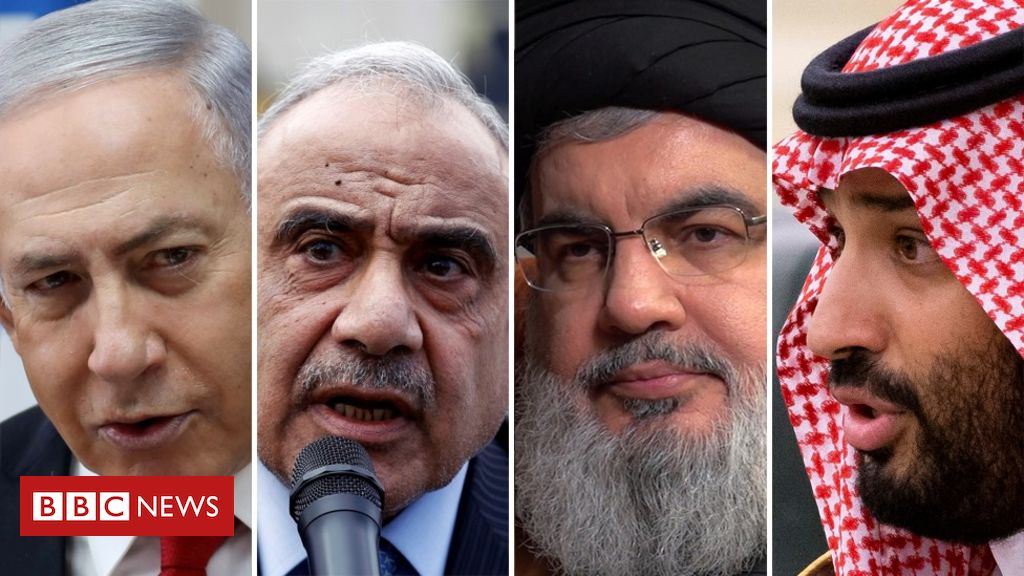 Image copyright Reuters/Reuters/AFP/Reuters Imagine, if you will, a Middle East situation room with four of the region’s key leaders who have been […] 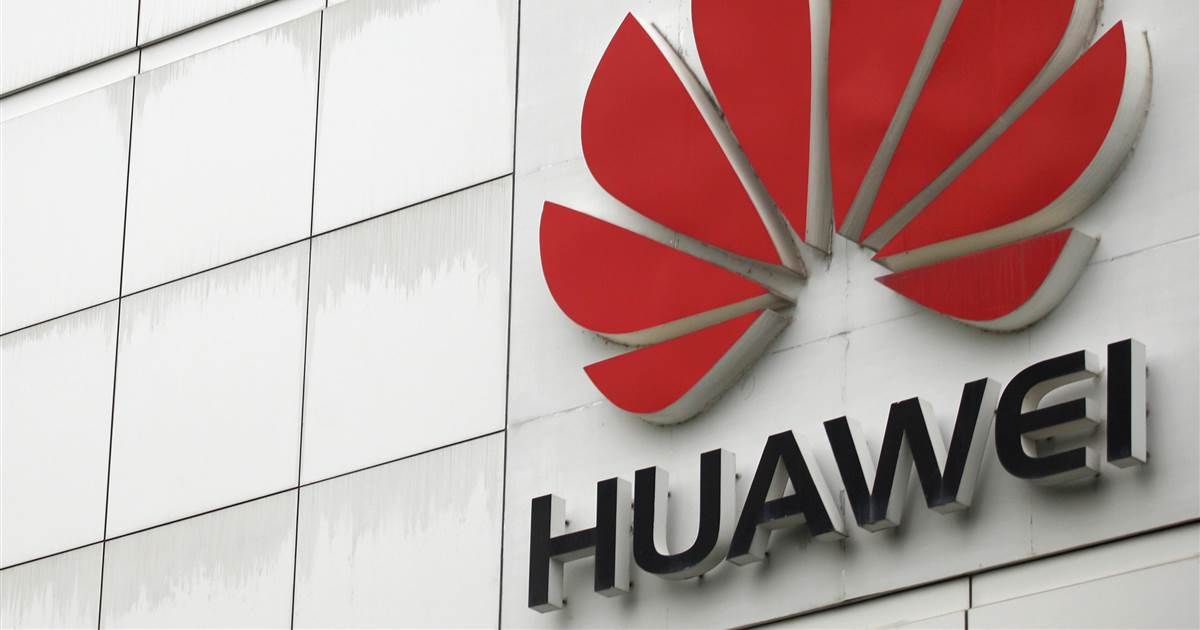 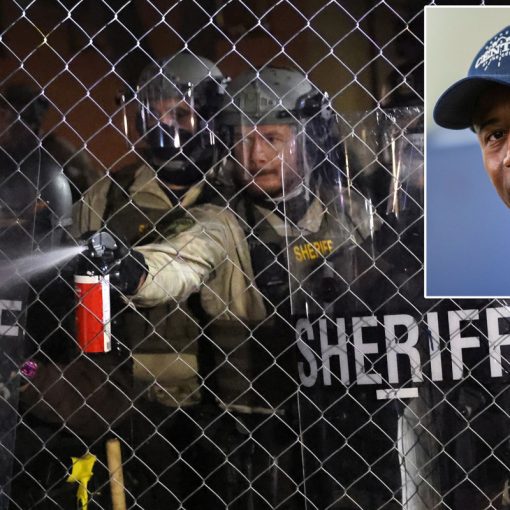 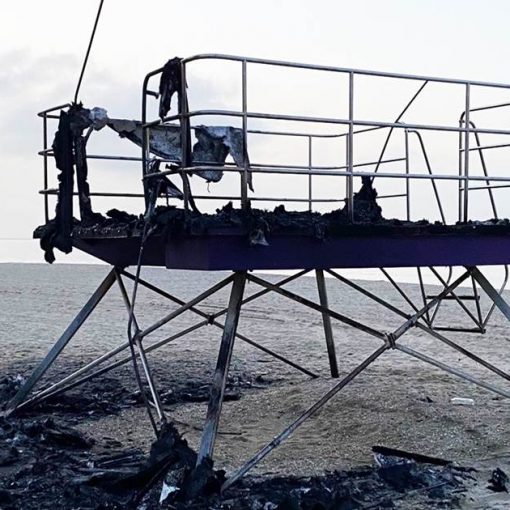