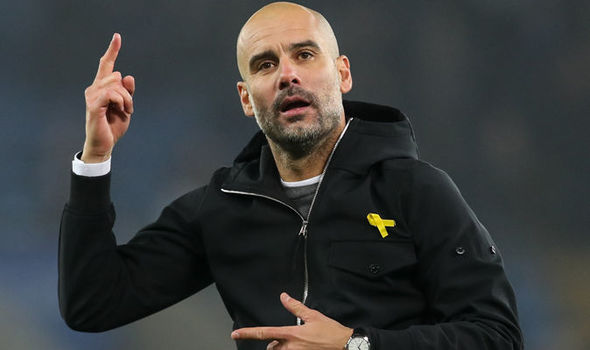 There was a time when Abu Dhabi billionaire Sheikh Mansour invested his petro-dollars to buy the club nearly 10 years ago when City’s transfer policy was viewed as a bit “scatter gun.”

The very first signing of the new era was Robinho – a £32m purchase from Real Madrid – was really a statement of intent more than anything, as was the interest in Brazilian superstar Kaka.

But that has not been the case for several years now. Long before Guardiola arrived 18 months ago, the long-term project and transfer strategy was put in place.

City have bought progressively younger players with potential to develop as well as placing an enormous emphasis – not to mention money – on their youth academy.

Now they have a team to set to dominate like neighbours Manchester United did in the past.

They have steadily released many of the ‘old guard’ that brought the club two Premier League titles, the FA Cup and two League Cups.

Now they have a vibrant team where many of the key players are under 25 and have their best years ahead of them.

In goal, they have Ederson Moraes, who is 24 and on the brink of breaking into Brazil’s team for the world Cup next summer.

At the back there are John Stones and Benjamin Mendy, both 23, while Kyle Walker, England’s first choice right back, is hardly ancient at 27.

In midfield they have the early favourite for the player of the year awards, Kevin De Bruyne, who is 26 and set to sign a new deal that will keep him at the Etihad for the rest of his top flight career while Bernardo Silva, 23, is viewed as the long-term replacement for his namesake, David.

Out wide there are the wing twins, Raheem Sterling, 23, Leroy Sane, 21, who are likely to continue to terrorise defences for another decade. And up front is Gabriel Jesus, who is only 20 but already a regular for Brazil. 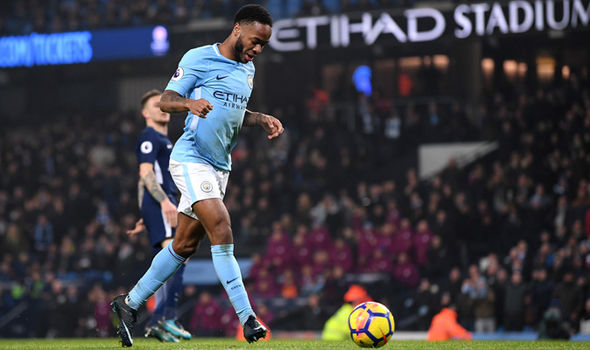 Raheem Sterling is having his best ever season at Manchester City

City chairman Khaldoon Al Mubarak is not alone in having huge expectations.

He said: “Leroy’s the right age, the right talent, one of the most exciting prospects in Europe, and he’s shown that on the pitch this year.”

As for Stones he also predicts City’s huge investment will pay off. “He is going to be one of the best central defenders in the world, I have no doubt about that. A top, top player.”

It’s certainly cost City a pretty penny to assemble that glittering array of talent – around £350m.

But to balance out that expenditure, their heavy investment in developing their own players is starting to pay off with players like Phil Foden, England’s under 17 World Cup winning hero, Brahim Diaz, Tosin Adarabioyo and Olek Zinchenko all impressing the demanding Guardiola enough to be given first team run-outs this season. 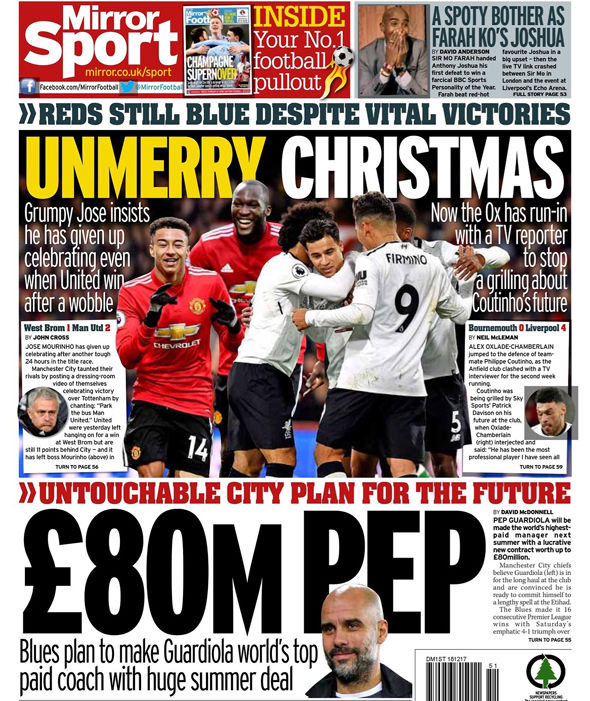 They earned glowing praise from their manager after they had been thrown in for the Carabao Cup tie at Leicester last week when two other youngsters Tom Dele-Bashiru and Lukas Nmecha were also blooded. Then there are a whole batch of talented yongsters out on loan at Spanish club Girona and of course, Patrick Roberts at Celtic.

With City top of the Premier League, through to the semi-finals of the Carabao Cup, a relatively “easy” last 16 tie in the Champions League, plus a home tie with Burnley in the FA Cup, there is already talk of them pulling off an unprecedented quadruple.

And Al Muburak predicted just that in his last annual report – even before the season began.

“We should have that aspiration. I have it, no doubt. Sheikh Mansour [owner] drives me for it every day, but you look at the organisation and you see it in Pep’s eyes and in everybody within our group.

“Pep wants to win it all and that’s what I love about him most because that’s how I feel too. We might not be able to achieve it but I can assure you we’re going to try.

“That ambition of winning the Champions League, that dream excites me every day, knowing we can do it. Expectations are high, ambitions are high. The dream of doing the treble, yes. I want to do the treble, or else let’s go for the quadruple! Why not?

Let’s go for the quadruple! Why not?


“We are team now that expects to win every year at least one trophy and go further every year in the Champions League. We are truly going in a direction that is positive.

“Pep has introduced a new way of playing for us, an exciting way but a way that requires work and which requires a set of players that I think function within that system.

“We’re on the right track. We have a great manager, we’re all working behind him, supporting him. The trajectory is right and I’m very optimistic.”

Even he couldn’t believe how well it has gone this season however.

City still have to deliver but with the potential in their squad they are not going to go away. 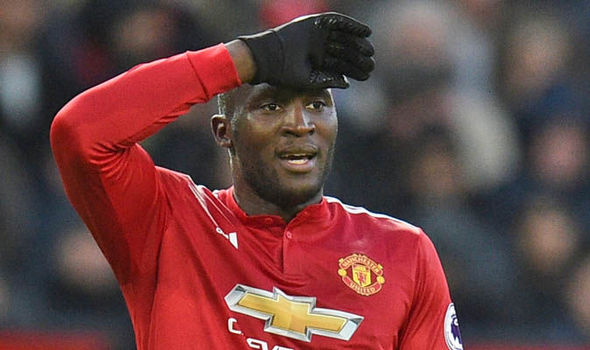 Guardian football writer Nicky Bandini, who previously worked under the name of Paulo, has come out as transgender. In a video posted […] 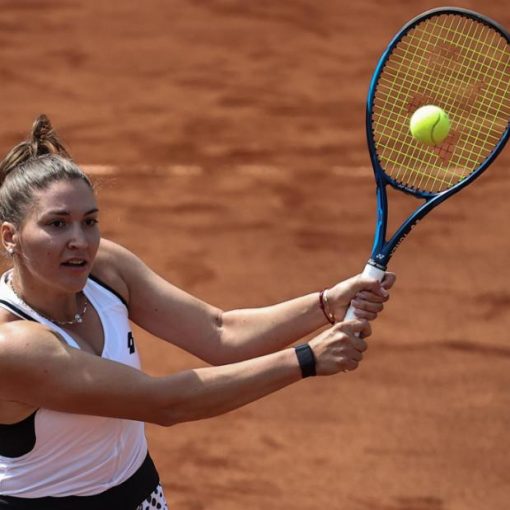 The doubles specialist, ranked No. 43 in the world, is now officially listed as having Georgian nationality on the WTA website and […]