President Donald Trump hasn’t slowed down his barrage of attacks since becoming president. And some things never change: The news media and Hillary Clinton remain two of his top targets. Here’s a look at the 12 biggest feuds of Trump’s 2017.

The president’s most consequential feud this year has also been his most one sided — all Trump, and nothing but silence from Special Counsel Robert Mueller.

Mueller began investigating Russian interference in the 2016 election after his appointment in May. By December, he had indicted or charged four members of the president’s transition team or cabinet, including former National Security Adviser Michael Flynn and former campaign chairman Paul Manafort.

Trump has vigorously challenged the legitimacy of the investigation, repeatedly describing it as “fake news” on Twitter, and often characterizing it as “phony.” Trump also said it was “led by some very bad and conflicted people” and the “single greatest witch hunt of a politician in American History.”

In mid-December, Republicans pounced on politically charged text message exchanges between two FBI officials previously involved in the investigation, in what analysts described to NBC News as a concerted political strategy to discredit potential Mueller findings.

In a House Committee on the Judiciary oversight hearing Rep. Lamar Smith, (R-Tex.), asked Rod Rosenstein, who appointed Mueller and oversees the probe, “How with a straight face can you say that this group of Democratic partisans are unbiased and will give President Trump a fair shake?”

Rosenstein was later asked why he described himself as satisfied with the Mueller investigation: “Based upon what I know, I believe Director Mueller is appropriately remaining within his scope and conducting himself appropriately.”

Trump’s move in May to fire FBI Director James Comey didn’t relieve the “great pressure” he was feeling on Russia. Instead, it set the stage for the appointment of Special Counsel Robert Mueller less than 10 days later.

The decision to fire Comey came after a series of meetings in which Trump, according to Comey, asked for “loyalty,” and for the FBI director to lay off of national security advisor Michael Flynn, who the Justice Department had determined to be vulnerable to blackmail by Russian agents.

Comey detailed the meetings in memos he later presented to the Senate Intelligence Committee.

Trump has assailed Comey on Twitter since firing him, calling him a leaker and a liar, accusing him of meddling in the FBI investigation of Hillary Clinton, calling him the worst FBI director in history, characterizing his leadership at the FBI a “disaster” and threatening to release tapes of their conversations (which never materialized), among other insults.

On December 1st, the day Michael Flynn pleaded guilty in a federal district court to lying to the FBI, Comey tweeted a verse from Amos 5:24: “But justice roll down like water and righteousness like an ever-flowing stream.”

Trump has personally called out Sen. Lisa Murkowski (R-AK) for her “no” vote on health care, battled with Sen. John McCain (R-Ariz.), (who forcefully condemned his “spurious nationalism”), suggested GOP Majority Leader Mitch McConnell step down, and railed into Sen. Lindsey Graham (R-S.C.) for his criticism of the president’s response to a white nationalist rally in Charlottesville.

But his biggest flare-ups were with two Republican senators free of the moderating influence of reelection campaigns, Sens. Bob Corker (R-Tenn.) and Jeff Flake (R-Ariz.).

Corker told The Times that he feared Trump’s recklessness could lead the nation “on the path to World War III,” and engaging in a days-long Twitter battle with the president. That fight included one of the most unique Trump insults of the year: that Corker “couldn’t get elected dog catcher in Tennessee.”

Flake delivered an impassioned anti-Trump treatise on the Senate floor in October, announcing that he would not run for office again in 2018. “We must stop pretending that the conduct of some in our executive branch are normal. They are not normal,” he said.

Trump was undeterred. The day after Flake’s speech he tweeted, “The reason Flake and Corker dropped out of the Senate race is very simple, they had zero chance of being elected. Now act so hurt & wounded!”

On December 12th, Trump called the over a dozen public allegations of sexual misconduct against him “false accusations and fabricated stories.” In a statement the day before, the White House called the claims absurd and accused the women of having “political motives.”

Trump, who bragged about groping women in a 2005 Access Hollywood tape that was made public during the 2016 election, had seemingly weathered the storm of accusations that followed its release. But a wave of high-profile sexual assault cases has reignited the debate.

Three of Trump’s accusers, Jessica Leeds, Samantha Holvey and Rachel Crooks, spoke to Megyn Kelly on December 11th. Holvey said it was “heartbreaking” to watch America vote for Trump even with his long list of accusers, but that she wanted to try “round two.”

Trump is also currently the subject of a defamation lawsuit filed by Summer Zervos, who claims he sexually assaulted her during a business meeting in 2007.

Trump spent the second half of July relentlessly criticizing Attorney General Jeff Sessions, calling him “VERY weak” and “beleaguered” on Twitter, stoking rumors that he would be fired.

In September, The New York Times reported that Trump blamed Sessions for the appointment of Special Counsel Robert Mueller. He reportedly asked Sessions for a resignation letter in May, during a verbal assault that Sessions told associates was the “most humiliating experience in decades of public life.”

“He should not have recused himself from the Russia investigation almost immediately after he took office, and if he was going to recuse himself, he should have told me prior to taking office, and I would have quite simply picked somebody else,” Trump said at a press conference on July 25th. “It’s not fair to the presidency.”

Trump’s barrage of criticism received serious pushback from conservatives who were disturbed by Trump’s willingness to publicly dress down one of his most loyal supporters.

Sessions recused himself from the Russia Investigation in early March, after it was revealed he failed to disclose meetings with Russian officials during Senate testimony.

Trump has repeatedly undercut Tillerson on policy issues, including the prospect of diplomacy with North Korea and Saudi Arabia’s blockade of Qatar. In private, the two have reportedly clashed over issues as diverse as Venezuelan sanctions and aid to Israel.

Tillerson also publicly distanced himself from Trump’s comments in the wake of a White Nationalist rally in Charlottesville, angering the president.

In December, a Trump administration official confirmed to NBC News that the administration was considering replacing Secretary of State Rex Tillerson with CIA Director Mike Pompeo.

Trump picked a fight with Sen. Kirsten Gillibrand (D-N.Y.) on Dec. 12th, firing off a sexually suggestive tweet after she called on the president to resign amid a series of sexual harassment and assault allegations.

Trump called the senator a “lightweight” and a “flunky” who “would do anything” for campaign contributions, a tweet which many considered to have sexual undertones.

Trump was responding to Gillibrand’s comments on CNN the night before, in which Gillibrand demanded the president resign.

At the White House press briefing, CNN Political Analyst April Ryan asked White House spokesperson Sarah Huckabee Sanders if Trump owed Gillibrand an apology: “I think only if your mind is in the gutter would you have read it that way, so no.” Sanders said.

On the TODAY show, Gillibrand called Trump a “bully” who was attempting to silence her and those who had accused him of sexual misconduct.

Trump and Sen. Elizabeth Warren (D-Mass.) have been calling each other names for years — Warren called him a “nasty little bully” with a “dark and ugly soul” during the presidential campaign.

In late November, Trump gave the feud new life when he once again referred to Warren as “Pocahontas” during an event honoring Native American veterans at the White House. “You were here long before any of us were here,” he said to the group of Navajo Code Talkers. “Although we have a representative in Congress who they say was here a long time ago. They call her Pocahontas.”

Warren said it was “deeply unfortunate that the president of the United States cannot even make it through a ceremony honoring these heroes with having to throw out a racial slur.”

The president has made a habit of questioning the veracity of unfavorable news reports and lashing out at reporters and media outlets. He has called reporters “the enemy of the people” and the news media a “stain on America.”

Accusations of “fake news” have been a constant refrain through the first year of his presidency, popping up in more than 130 tweets this year. He has repeatedly characterized the investigation into collusion between his campaign and Russia during the election as “fake news” and a “witch hunt.”

In October, after NBC News reported Trump sought a tenfold increase in the nation’s nuclear arsenal, he suggested the company’s broadcast license be revoked.

For a brief moment in September, it looked as if Trump might have really struck a deal with his liberal frenemies in Congress, Chuck Schumer (D-N.Y.) and Nancy Pelosi (D-Calif.).

After a dinner meeting on September 14th, the Democratic leaders of the House and Senate issued a statement announcing a deal had been struck to protect recipients of DACA, known as “Dreamers,” from deportation. The deal apparently excluded an agreement the border wall and sent shock waves through Washington.

By the next morning, though, it had already fallen through.

Trump’s on-again, off-again relationship with the Democratic lawmakers has included name-calling, charges of hypocrisy, and one high-profile missed meeting. He used their names as a cudgel to attack Doug Jones in Alabama’s special election, decrying the Democratic candidate as a “Schumer/Pelosi puppet” in multiple tweets.

While Puerto Rico languished in the aftermath of Hurricane Maria, Trump made headlines with his personal attacks on Carmen Yulin Cruz, the mayor of the island’s capital.

Cruz, who ripped into the government’s response to the crisis, refused to stand down.

Trump derided Cruz’s “poor leadership ability,” saying that she “has now been told by the Democrats that you must be nasty to Trump,” on Twitter. He accused the news media of conspiring with the Democrats to misrepresent the situation on the island.

Ball, a controversial media personality, businessman and father of three basketball playing sons, drew the President’s ire when he refused to thank Trump for arranging the release of his middle child, UCLA basketball player LiAngelo Ball, from Chinese custody in November. LiAngelo and two other teammates were arrested on suspicion of shoplifting while in the country on a team trip.

After LiAngelo returned home, Ball downplayed the president’s role in his son’s release in an interview with ESPN, saying of Trump, “Who? What was he over there for? Don’t tell me nothing. Everybody want to make it seem like he helped me out.”

Trump bickered with Ball for days, calling him an “ungrateful fool” and a “poor man’s version of Don King, but without the hair.” Trump also tweeted that he should have left the American players in jail. (White House Press Secretary Sarah Huckabee Sanders called it a “rhetorical response.”)

More than 400 days after the election, the president remains critical of his 2016 opponent.

Trump has questioned why Clinton hasn’t been investigated by the Justice Department and FBI, accused her of rigging the DNC primary, railed against her media coverage, and stoked the flames of a debunked conspiracy theory involving the Clinton Foundation. Trump has also accused Clinton of her own improper contact with Russians.

Hillary has been less vocal, but not less critical. She told USA Today that she was “convinced” Trump had colluded with Russia during the election, and has thrown her own shade on Twitter.

In December, she told Ellen DeGeneres that she’s had to put herself on a “news diet” for her own sanity. 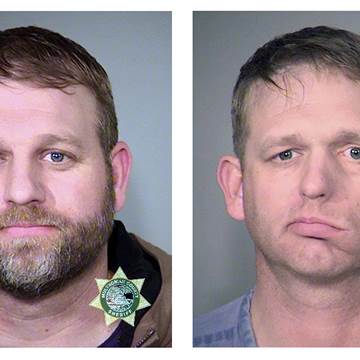 LAS VEGAS — A U.S. judge in Nevada declared a mistrial Wednesday in the case against a states’ rights figure, his two […] 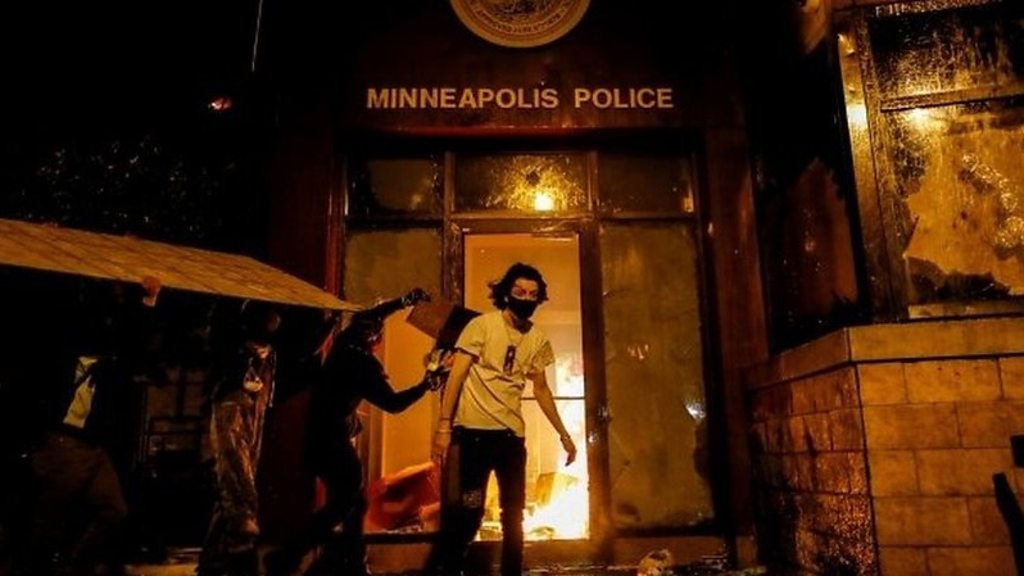 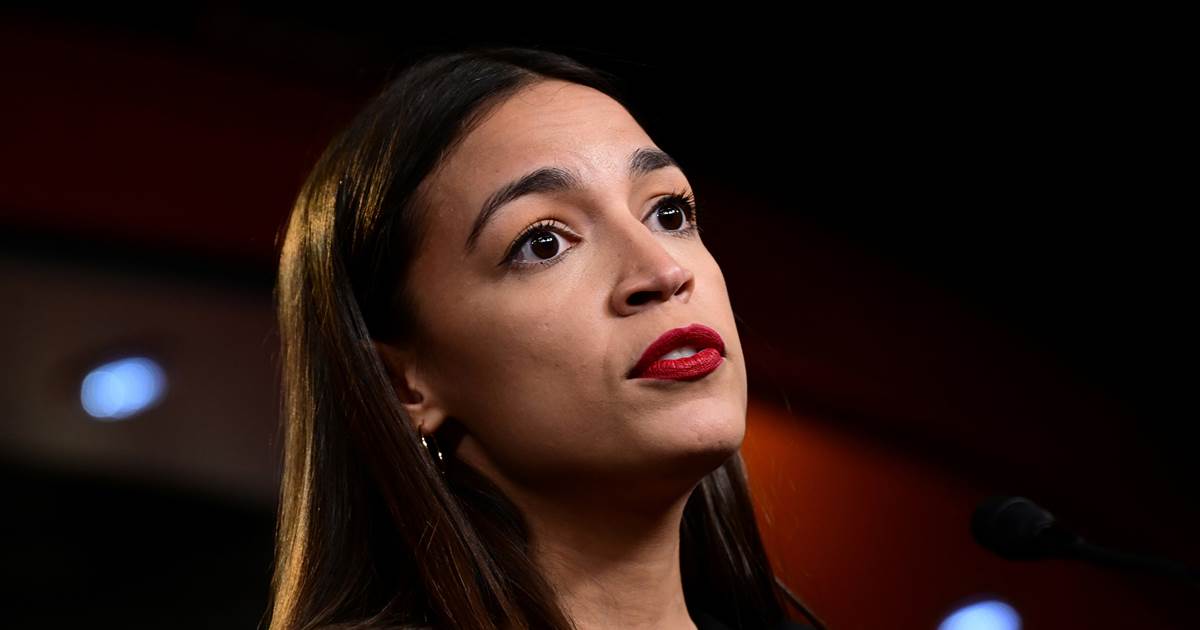