McGregor, 29, hasn’t set foot inside the Octagon since claiming the lightweight title at UFC 205, a card which saw him create history by becoming the first fighter in the promotion’s history to hold two titles simultaneously.

His hiatus from the cage was initially down to the imminent arrival of his son, Conor Jr, who was born in May.

It was extended in June when it was announced that he’d take on Floyd Mayweather Jr in a multi-million-pound boxing match, which he lost via a tenth-round TKO.

A little over a month after losing his professional boxing debut, McGregor declared that he wouldn’t return to the UFC unless he’s given shares in the company.

White emphatically ruled out the prospect of McGregor holding equity in the promotion, claiming he’d negotiate a bumper new deal with ‘The Notorious’ in the coming weeks.

And according to the man himself, negotiations are currently still ongoing.

“Right now, with him, it’s not about defend of vacate,” White said at a recent media day. “We’re working on a new deal with him.”

When asked if McGregor’s return to the Octagon could take place in March or April, White added: “Yeah, we’ve got to work out this new deal.”

McGregor’s first fight back in mixed martial arts is expected to be a lightweight title unification bout with interim 155lbs champion Tony Ferguson.

Ireland’s first UFC belt holder revealed his desire to return to the promotion earlier this month during a brief interview with TMZ, in which he said: “We’ll see what happens.

“I think a true fight is what I want to do next. A real fight, what’s a real fight? MMA next.”

McGregor’s comments on his future came a little over a week after he hinted that he could re-enter the boxing world if the UFC don’t give him a lucrative new contract.

“Right now, my focus is getting back into the right ring or octagon. 2017 was historic,” he told Betsafe.

“I have transcended both the sport of MMA and boxing.

“I have every intention of fighting in 2018 if my compensation and business development endeavours accurately reflect my influence on combat sports.

“Me and my team are in continued negotiations with the UFC, and if the deal makes commercial sense, I look forward to fighting for my company in 2018.”

Sebastian Vettel won the Singapore Grand Prix with a controlled if largely uneventful drive from third on the gird. He did so […] 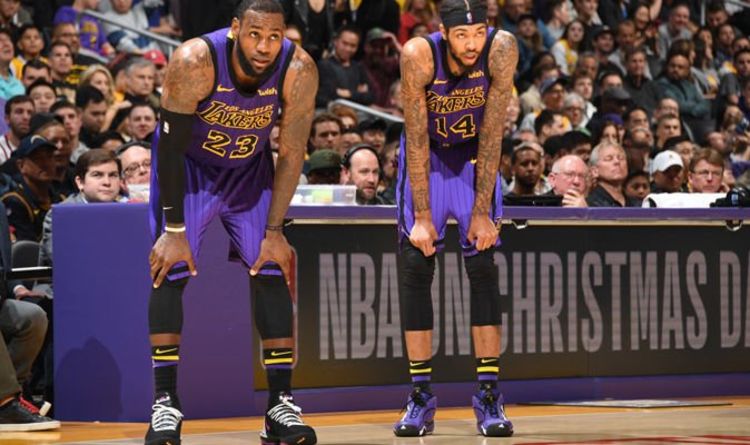 That is according to NBA insider Kevin O’Connor. Things are looking bleak for the Lakers after a humiliating loss to the LA […]

It has been reviled, then delayed; now the England and Wales Cricket Board has announced the Hundred will start with a standalone […]