(RIYADH) — The Saudi-led coalition fighting Yemen’s Shiite rebels said it intercepted a missile fired over southern Riyadh on Tuesday, which the rebels said was targeting a “top leadership” meeting at the royal palace in the kingdom’s capital.

It was the second time in as many months that a rebel projectile had reached as far inside the kingdom as Riyadh.

The Yemeni rebels, known as the Houthis, said they launched a ballistic missile to target Yamama Palace in Riyadh, where King Salman chairs weekly government meetings and receives dignitaries and heads of state from around the world.

The statement from the U.S.-backed coalition, carried by Saudi state TV, said the missile was fired by the Houthis. State TV said no damage was caused by the intercepted missile.

The coalition later said the missile launch proved the “continued involvement” of Iran in supporting the Houthis.” It also repeated its claim that the rebels use “relief work outlets” to smuggle such missiles inside Yemen to target the kingdom.

The U.S. ambassador to the United Nations, Nikki Haley, said that “the very fact of this attack is a flashing red siren” for the Security Council.

While not all evidence is in, “it bears all the hallmarks of previous attacks using Iranian-provided weapons,” Haley told a council meeting on implementation of a U.N. resolution that endorsed the July 2015 nuclear agreement with Iran.

Last week, Haley displayed what she said was “undeniable” evidence that Iran was supplying the Houthis with missiles.

Iran rejected the allegations and has repeatedly denied arming the rebels. The Houthis say their missiles are produced in Yemen, which is awash with weapons.

Residents of Riyadh posted videos on social media Tuesday showing a small cloud of smoke in the sky after hearing a loud explosion.

Houthi spokesman Mohammed Abdul-Salam tweeted that a ballistic “Volcano H-2” missile was used in the attack. The rebels’ military media said the missile targeted “an expanded meeting of the Saudi top leadership at Yamama palace in Riyadh.”

In a televised address, rebel leader Abdul-Malik al-Houthi said the range of missiles in the Houthi arsenal was being extended. “Our long hand will reach other places, God willing,” he said.

“As long as you continue to target Sanaa we will strike Riyadh and Abu Dhabi,” he said, referring to the seat of government of the United Arab Emirates, a key member of the coalition. Earlier this month, the Houthis claimed they fired a missile at an under-construction nuclear plant in the Emirates. The UAE denied the claim.

On Nov. 4, the Houthis targeted Saudi Arabia’s international airport in Riyadh, and Saudi Air Defense said it was intercepted. However, a New York Times analysis of photos and videos from the attack suggested air defenses may have missed the projectile and that the warhead struck near its intended target.

Saudi Arabia has the U.S.-made Patriot surface-to-air anti-missile system, which President Donald Trump credited for bringing the Nov. 4 missile down.

In the almost three years that the Saudi-led coalition has waged war with Yemen’s rebels, dozens of other missiles have been fired by the Houthis across the border into Saudi Arabia, reaching as far as some border towns. There have been casualties among local residents in those attacks.

The Saudi-led coalition has been at war with the Houthis since March 2015. The Houthis, who are allied with Saudi Arabia’s rival, Iran, have forced into exile the Saudi-backed and internationally recognized government of President Abed Rabbo Mansour Hadi.

Despite a fierce air campaign against the Houthis, the rebels still control the Yemeni capital, Sanaa, and much of the country’s north along the border with Saudi Arabia.

Earlier this month, the Houthis killed Yemen’s former president, Ali Abdullah Saleh, after he broke off his alliance with them and appeared ready to switch sides.

Yemen’s war has killed more than 10,000 civilians and driven millions to the brink of famine. 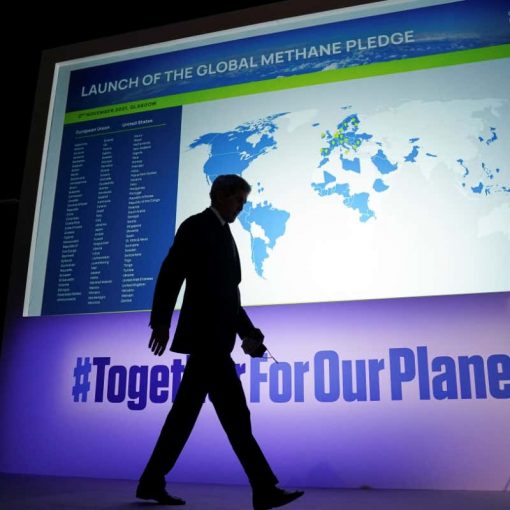 By Michael Marshall , Graham Lawton and Adam Vaughan John Kerry, the US special presidential envoy for climate, walks on stage at […]

Our measurements of the proton’s radius clash with one another, which could be a problem for the laws of physics. But a […] 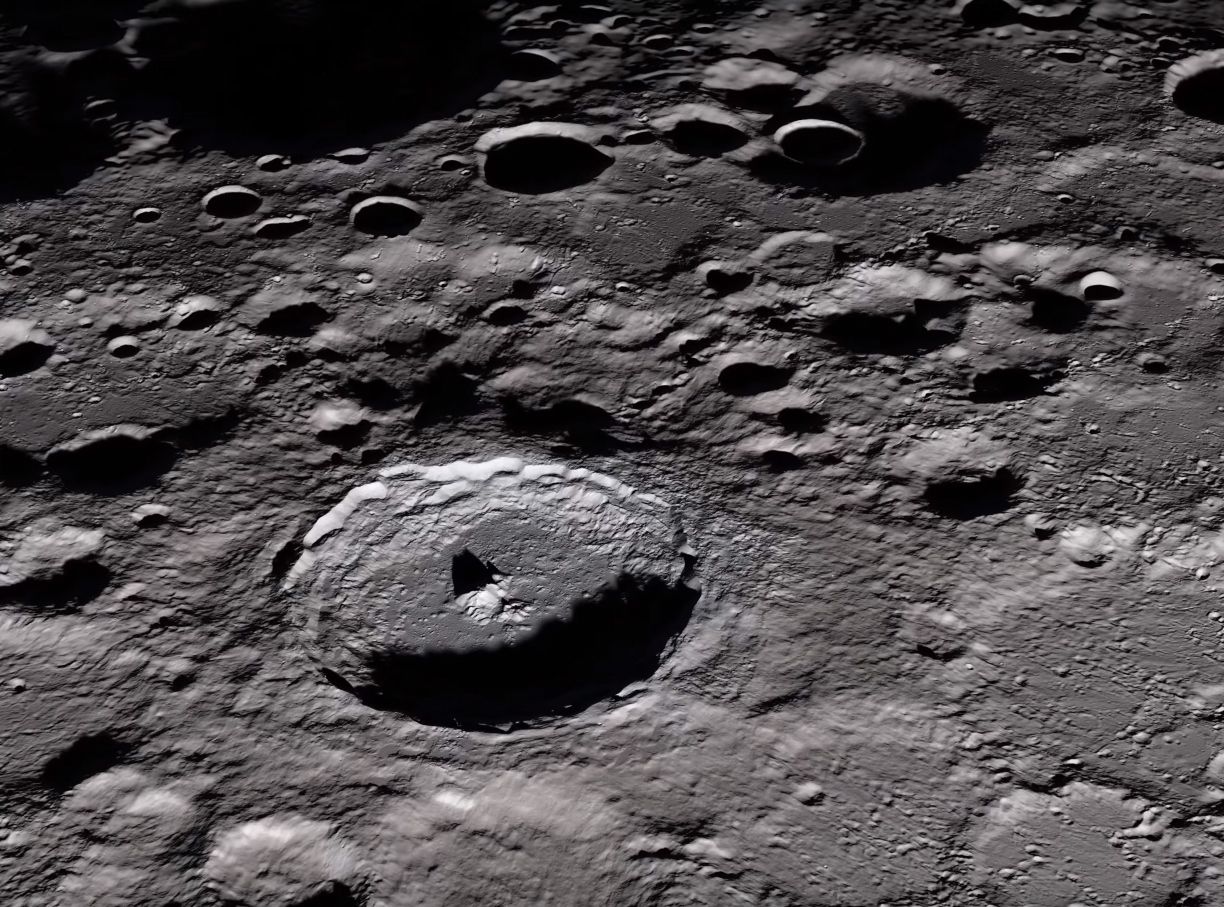 Earth’s Moon only ever shows us one face. It’s locked into its current orientation, with a permanent nearside and farside, but it […] 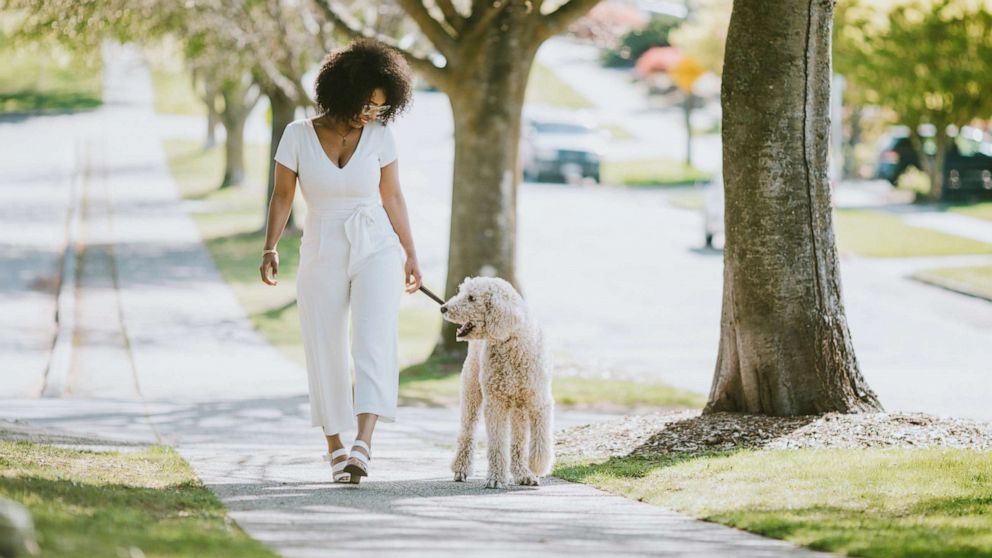 Owning a dog can help your heart, study finds originally appeared on goodmorningamerica.com Every day, the dogs need a walk. Every day, […]