An ebullient Doug Jones vowed to build bipartisan bridges in Washington and Alabama alike in his victory night speech Tuesday night, speaking to a crowd that could hardly contain their enthusiasm long enough to let him speak.

“I have always believed that the people of Alabama have more in common than divides us,” Jones said. “We have shown the country the way that we can be unified.”

He thanked volunteers and praised their efforts to get out the vote — including 300,000 door knocks and 1.2 million phone calls — and particularly thanked minority voters who came out in historic numbers to support his candidacy.

Jones challenged his Washington colleagues to take his election as a sign that voters want progress, not politics. He did not speak about the sexual misconduct allegations that dogged opponent Roy Moore, or Moore’s extreme views on gay Americans, slavery, and Muslims.

Instead, he argued his victory was one for justice and morality.

“Not only did Steve Bannon cost us a critical Senate seat in one of the most Republican states in the country, but he also dragged the President of the United States into his fiasco,” the Mitch McConnell-aligned Senate Leadership Fund said in a statement.

Doug Jones is the apparent winner in the Alabama Senate race, according to the NBC News Decision Desk, beating out Republican Roy Moore in a stunning upset.

He is the first Democrat to win a Senate seat in deep-red Alabama in decades, pulling out a stunning but slim victory in a race most believed was decided by the Republican primary six weeks ago.

Jones was catapulted into a surprisingly competitive race after Moore was accused of sexual misconduct by nine women. He campaigned heavily in the final weeks of the election — particularly appealing to black voters whose historic turnout helped boost his campaign to a win — while Moore shunned the spotlight in an attempt to weather the accusations.

Pages are high school students, age 16 or older, who work on Capitol Hill. Booker is among the Democratic lawmakers who have publicly expressed concerns for their safety if Moore, who is accused of making sexual advances towards teenagers, is elected.

“Someone who is banned from a mall does not belong in the United States Senate,” Booker told MSNBC’s Rachel Maddow, referencing a media report that Moore was banned from an Alabama mall for inappropriate behavior. Moore has denied the allegations and ever being banned from the mall.

Booker also said Democrat Doug Jones has energized African-American voters who will be key if he is to defeat Moore in deep-red Alabama.

Jones leads there by two points. As of Tuesday evening at 9:57 p.m., NBC News was still characterizing the overall statewide race as too close to call.

The midsize county has racial demographics that are fairly representative of the state as a whole — about two-thirds of the county’s residents are white — and it’s historically been a good predicator of how the state will vote.

In the 2016 presidential election, as NBC News’ Jonathan Allen reported earlier today, Trump won 62 percent statewide and 61.7 percent in Talladega. Similarly, when Moore won the primary runoff against Sen. Luther Strange in September, he took 52.7 percent of the county’s Republican votes, compared to the 54.6 percent he won across Alabama.

One of the big remaining questions in this race — which is still too close to call, according to NBC News’ Decision Desk — is how Doug Jones will perform in Alabama’s most densely populated areas, including Mobile and Montgomery (where very little of the vote has been counted yet) and Jefferson — the state’s largest county and home to the city of Birmingham.

Jefferson County, like many other large counties in America, has been growing more and more Democratic. It voted for Republicans in presidential contests as recently as 2004 but has become a pretty solid liberal bastion even as the rest of the state has become dramatically redder.

In fact, the divergence between Jefferson and the rest of Alabama since 2000 is one of the most dramatic trend lines of any state in the country, according to an analysis by NBC News last month.

We won’t know how significant Jones’ margins are in those large urban counties until we see more votes, but it’s fair to say that this election is likely to underscore the growing divide between urban and rural areas around the United States.

Voters with kids under 18 still living at home favor Democrat Doug Jones by a 14-point margin, while those without children favor Moore by 3 points, according to NBC News exit poll results.

This preference is evident in other attitudes as well — especially related to sexual misconduct allegations levied against Moore in the weeks prior to the election. Parents are more likely to say they think the allegations against Moore are true. Voters without children are more split.

Meanwhile, moms are also more likely than dads to say they think the allegations against Roy Moore are true.

NBC News’ Vaughn Hillyard started pounding the pavement at 4 a.m. this morning, and is reporting outside the Moore election night party tonight, too. After weeks on the ground reporting on the Alabama Senate race, his Twitter feed is a must-follow as the election returns come in.

Alabama polls closed at 7 p.m. local time, 8 p.m. ET, but votes are still being cast: Those in line at the time polls closed are still legally allowed to cast their ballot.

Doug Jones allies — including actress Alyssa Milano who is on the ground in Alabama today — are urging voters to stay in line.

Bannon endorsed Moore during his GOP primary run against Sen. Luther Strange, who was appointed to fill the vacancy left when Jeff Sessions became attorney general. It pitted Bannon against Trump, who campaigned for Strange ahead of the September primary.

Bannon continued to back Moore after media reports of Moore’s sexual misconduct, framing the allegations as a conspiracy to defeat the conservative. At an election-eve rally Monday, Bannon said there is a “special place in hell” for Republicans who don’t support Moore.

Alabama voters have a slight preference for a Republican-controlled Senate, but they view the party’s candidate in Tuesday’s special election unfavorably, according to NBC News exit poll results.

Polls are now closed in Alabama where the contentious Senate race between Republican Roy Moore and Democrat Doug Jones is too early to call, according to the NBC News Decision Desk.

Both campaigns expressed optimism throughout the day as the unexpectedly competitive race reached its conclusion.

Moore is holding his election night party in Montgomery, and Jones is in Birmingham.

“We were denied credentials and when our reporters asked to enter they were told no,” a spokesman told NBC News.

The Washington Post first reported the allegations that Roy Moore pursued teenage girls when he was in his 30s, and initiated a sexual encounter with a girl who was 14 at the time. The Republican candidate has said the allegations, which grew after the initial Washington Post story to include a total of nine women, are all false.

Moore has threatened to sue the paper for its reporting.

Voters at some polling places in Montgomery County have noticed that there are two ballots for two different elections — prompting questions. Usually just one ballot exists, even in places where multiple elections are occurring.

“Alabama state law prohibits us from having a primary and a general election tabulated at the same time by the same machine on the same ballot,” Reed said.

Alabama voters so far today are split on how they feel about the way Donald Trump is handling his job as president. According to early NBC News Exit Polls, 48 percent approve, and the exact same share of voters —48 percent —disapprove.

And despite Trump’s endorsement of the embattled Republican candidate, nearly half of voters said Trump was not a factor in their vote today. About three in ten (29 percent) voters said that one of the reasons for their vote was to express support for Trump, and 20 percent indicated that they were expressing opposition to Trump with their vote. 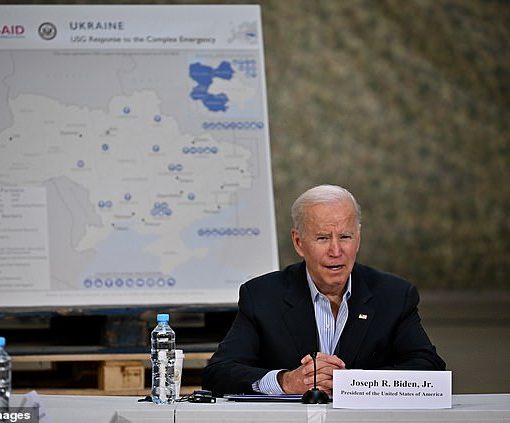 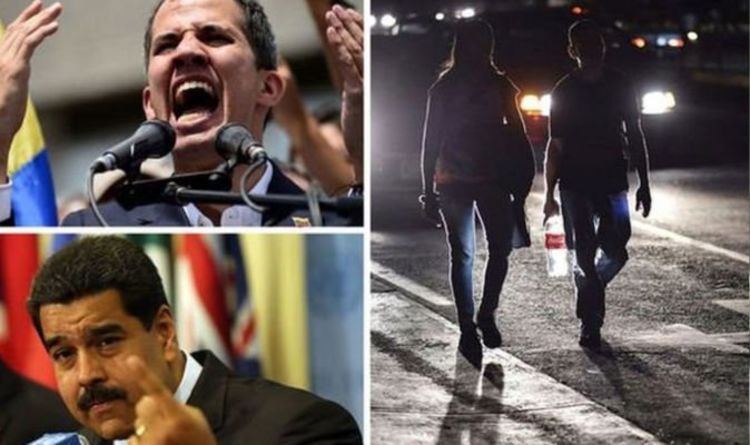 Food is rotting, homes are without water and phone signals cannot be picked up as the country’s power supply continues to be […] 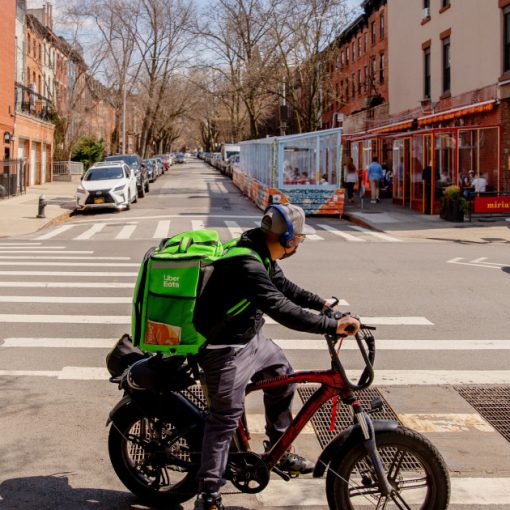 America’s obsession with pandemic-era food delivery appears to be over — and the companies’ stocks are taking a hit. After hitting a […]