Helen Marshall, 87, is about to go scuba diving. But she is not wearing a wetsuit and breathing apparatus.

She is neatly dressed in a pink top and white trousers accessorised with a double strand of pearls – and she can’t contain her enthusiasm.

“I love it, love it,” she says, wreathed in smiles and eager to get started.

The reason she can indulge her underwater fantasies while fully dressed becomes clear when Rosemarie D’Cruz, the activity co-ordinator at her care home in East Sussex, gently fixes an Oculus Rift Virtual Reality headset into place over her eyes and taps a few keys on a computer screen.

Suddenly fish are fizzing past Helen in a blur of bubbles.

We believe in using technology for good. Because it’s completely computer-generated we’re able to create scenes that are perfectly tailored for people living with dementia.


She reaches out eager to catch one, her hands and arms moving gracefully above her head.

“Come on pretty, come on down and see me,” she says, and starts to whistle.

“Oh, he’s gone off. That was exciting. He always wriggles away.”

To the observer it looks as if she is dancing but within her headset Helen is clearly having a – forgive the expression – whale of a time.

The state-of-the-art system has the power to transport dementia patients into a number of stimulating alternative worlds while care workers engage them in conversations about what they are seeing.

It has proved to be so effective that in October it won an international award for the best use of virtual reality – known as VR in the trade – in healthcare.

The manager of Helen’s care home is Sister Mary Basil, a member of the Augustinian Order of nursing nuns that transformed this Georgian mansion from a family house to its current use in 1962.

But while her order has a history dating back centuries there is nothing backward-looking about Sister Mary and her colleagues, who glide across the parquet flooring offering tea in china cups.

They have been quick to embrace the technology because they can see the benefit it brings their 58 residents, most of whom suffer from dementia.

“We are interested in anything that helps them,” says Sister Mary.

“For some of them experiencing virtual reality brings them joy.”

The day before our meeting, Helen, who keeps an extensive collection of soft toys in her room, went on safari for the first time and she has also enjoyed exploring the jungle.

As she discusses these experiences she is full of laughter and buoyancy.

“You want to touch everything.”

Neil Kentish, the care home director of Augustinian Care which runs three establishments in East Sussex including St Raphael’s, where we meet, invested in the virtual reality system earlier this year after reading about it in a trade magazine.

And he is clearly impressed with the results.

“Look at the amount of movement she is making,” he says.

“Normally Helen is quite passive and disinclined to move.

“This is really good for her. We are bringing the outside world to our residents and capturing positive moments.”

While the view from the drawing room extends across pasture towards a misty horizon, Helen has been transported to another world.

At one point a pod of dolphins glide overhead, whistling in greeting.

She reaches up before turning to spot a gold bar in a treasure chest.

“Oh, that’s very interesting. Look at all the beautiful colours. Can I cut a bit off?” she laughs.

“We believe in using technology for good,” says Alex Smale, a former game developer who designed the system after being inspired by his elderly neighbours.

“Because it’s completely computer-generated we’re able to create scenes that are perfectly tailored for people living with dementia. For example, a donkey ride on the beach or closeup animal encounters where a herd of deer wander around you.

“As a therapeutic tool this three-dimensional experience is so immersive that residents can feel that they have been to this place that has been created for them.”

The secret is the stereoscopic headset which transmits a slightly different angle of an immersive three-dimensional scene to each eye, creating the illusion of depth.

There are none of the boundaries usually associated with TV or computer screens.

The VR experience feels so real that users forget they are wearing headgear attached to a computer.

It seems to be working for Mary Andrews, who has taken over the headset from Helen and is experiencing a rainforest with parrots and Mayan ruins.

The Oculus Rift headset has revolutionised care at St Raphael’s

“I was outside these walls,” she says afterwards, very animated by what she has experienced. “

It is a world of freedom and escape.”

And the benefits of the system go beyond pure pleasure.

“We have also been testing in hospital environments for pain relief, stress and anxiety reduction, all with great success,” says Smale.

When it comes to pain, he claims, it has “been shown to be twice as effective as morphine for some patients”.

The system has been used to help a young woman with cerebral palsy “run” along a beach for the first time and it can also be employed in end-of-life care.

For dementia patients, VR can offer moments of deep connection to the people around them, especially when the system is hooked up to a television.

“This enables other residents to join in the discussions about what the headset wearer is seeing,” says Rosemarie D’Cruz.

“One lady was still talking about her experience of flying two days after she wore the headset.

“Another lady experienced the savannah through VR and it unlocked her memories of living in South Africa.

“Everyone gets involved as they can see what is being experienced.”

Meanwhile it is the turn of Ivy Buddin, 89.

A keen fisherwoman in her youth she is eager to see the fish in the underwater world.

“Did you ever catch fish like this?” asks Rosemarie.

Rosemarie is in no doubt about the benefit of the system. “

This takes communication with loved ones a little bit further, especially when conversation is sometimes limited.”

Indeed Alex Smale believes that the use of VR in healthcare could be seismic: “Once we get widespread adoption of the technology in the healthcare world it could be truly revolutionary.” 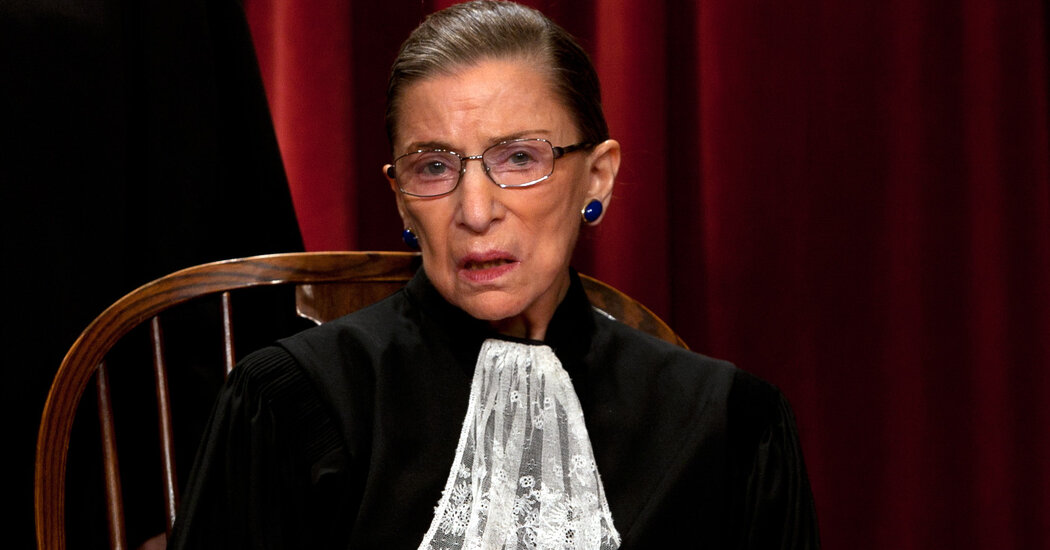 In 2014, the Supreme Court Justice Ruth Bader Ginsburg, the pioneering legal mind and advocate for equal treatment of the sexes who […] 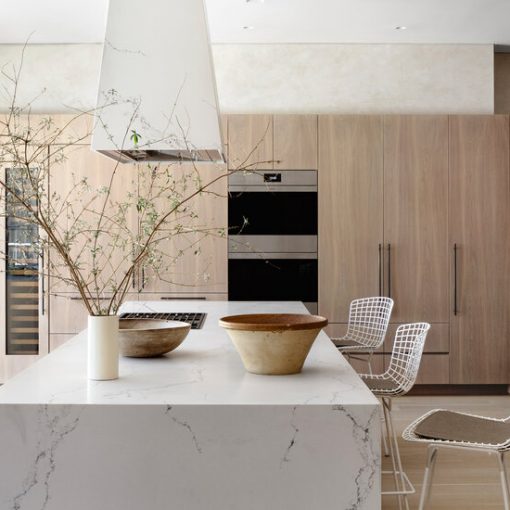 For Ralph and Shamita Etienne-Cummings, the suburbs have long held a certain allure — especially since 2010, when their son, Blaze, was […] 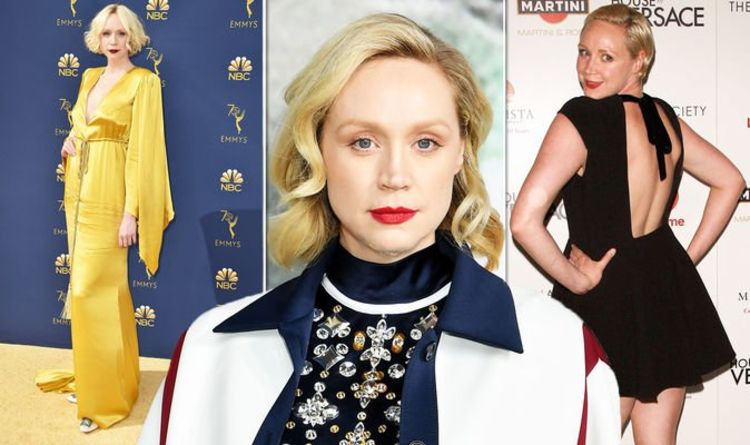 Gwendoline Christie rose to fame playing the statuesque warrior Brienne of Tarth in the HBO series Game of Thrones. Brienne is an […] 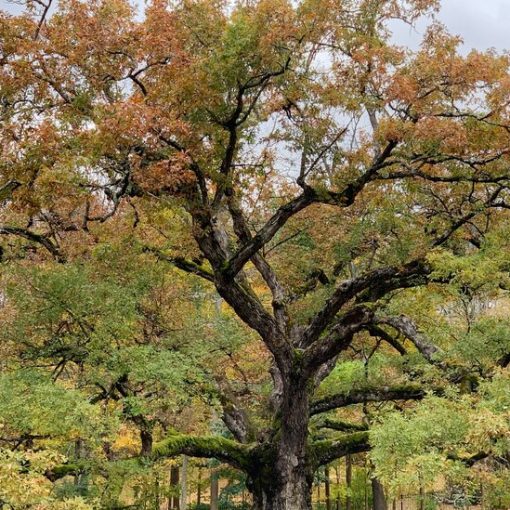 When I arrived years ago at the piece of land I now garden, I saw it as a blank canvas and set […]