When President Trump officially recognized the city of Jerusalem as Israel’s capital last week, with no mention of Palestinian claims to it, critics said it was like tossing a hand grenade into the Israeli-Palestinian conflict, and warned it would light the Palestinian street on fire.

Thousands of Palestinians have indeed taken to the streets to demonstrate, sparking a predictable round of clashes with Israeli security forces that to date have left two protesters killed in Gaza and dozens more Palestinians wounded. A few rockets were fired into southern Israel from Hamas-ruled Gaza as well, eliciting Israeli return fire.

But overall the response – especially in Jerusalem – has been muted, at least in terms of physical protest.

Recommended: How much do you know about the Palestinians? Take our quiz

To be sure there is outrage, but there is also deep despair, for Mr. Trump’s declaration was issued after two decades of a Middle East peace process so stuck it has already been given up for dead by many Palestinians.

“Why would we need another intifada for our sons to die in?” asks Ziad Fawzeh, 60, wearing a navy wool hat emblazoned with the word “Jerusalem” as he stands next to a stand of fresh bread in the Old City of Jerusalem. “There’s no peace process as it is. So why should there should be violence. For what?”

Part of that “for what” sentiment stems from the reality that Trump’s declaration, dramatic as it may sound, does not change the situation on the ground for Jerusalem in any practical sense, at least for the time being.

Compounding Palestinian frustration is a deeply unpopular Palestinian leadership. And the consensus seems to be, among analysts and Palestinians going about their daily lives, that the elements for a genuine uprising at the moment are lacking: There is neither the hope that another intifada will change anything – there have been two such costly uprisings so far – nor is there the political leadership, or political will, to direct it.

Among Palestinians there is talk now that it may be time to change course dramatically – away from the much vaunted, but elusive, two-state solution that envisions an independent Israel and a Palestine living side by side, and toward a one-state solution.

For some that means a grudging acceptance that the de-facto one-state solution as pushed by the policies of a hard-right Israeli government have won out by building “facts on the ground” – settlements in the West Bank and Jerusalem that make dividing the land nearly impossible. For others it means fighting for a one-state solution that incorporates respect for human rights and equality for both Palestinians and Israelis, its advocates say.

One of the bellwethers of this possible shift is the embittered response to Trump’s declaration from Saeb Erekat, the longtime chief Palestinian peace negotiator. Since the Oslo Accords were signed in 1993 and during countless rounds of ensuing peace talks, Mr. Erekat remained a tireless champion of an independent Palestinian state within the holy grail of a two-state solution.

In an interview with the Israeli newspaper Haaretz, he said he now also endorses a single binational state for both Israelis and Palestinians to share, saying, “Now is the time to transform the struggle for one state, with equal rights for everyone living in historic Palestine.”

Jawad Siyam, director of the Wadi Information Center in the East Jerusalem neighborhood of Silwan, says, “It is Trump and Israel that have brought us to a one-state solution, but one that does not want to include us in this state. Israel wants a Jewish state, but how does one make it democratic for us as well?”

But a one-state solution is a firm red line (with flashing red lights) for the vast majority of Israelis if that one state is not a Jewish majority state, and the number of Palestinian Arabs living in Gaza, Israel, and the West Bank already nearly rivals the number of Israeli Jews.

And officials in the governing Palestinian Authority (PA), run by the Fatah Party founded by Yasser Arafat and comprised mostly of his former colleagues, are so wedded to the two-state solution – and to the US foreign aid that comes with it – that it’s unlikely they would make such a dramatic pivot away from the idea.

ABBAS ‘SO OUT OF TOUCH’

Indeed, as the PA threatens to freeze ties with the United States and then equivocates, its main response to Trump’s Jerusalem speech beyond verbal outrage is its declaration that the US government can no longer be considered a “fair broker” and that a new mediator must be found in the international community. China, Russia, and European nations have been floated as possible brokers to replace the US.

“I was hoping that the outcome would be that Abu Mazen [the nom de guerre of Palestinian Authority President Mahmoud Abbas] would see the folly of his ways – that the peace process, if you can call it that, has not worked,” says Diana Butto, a Palestinian lawyer and former aide to Mr. Abbas.

“Instead he is doubling down further with the ‘show must go on,’ and that is what is so disturbing to me because it signals the PA is so out of touch with reality,” she says, noting dwindling support for the Authority. Hamas, Fatah’s long-time rivals, with whom they are now in reconciliation talks, are also lagging in popularity.

Ms. Butto is among the growing minority of Palestinians who support a one-state solution. According to recent polling, about 30 percent back the idea. But she says the danger now is that in practice, a one-state model already exists, and according to her it is becoming more cemented and similar to apartheid.

“But if you strategically think about it,” she says, “you can try to make it a one state that is equal and democratic.” Butto thinks outside pressure will help achieve this vision, one that can be boosted by campaigns like the Boycott, Divest, and Sanctions movement.

On Friday in the alleyways of Jerusalem’s Old City, prayers passed quietly. Thousands of Palestinians streamed toward Al-Aqsa Mosque, revered as one of the holiest sites in Islam, and then left, also mostly peacefully. Low-level clashes did break out briefly, with Israeli police on horseback galloping into the crowds to chase down protesters.

Mousa Resheq, a 40-something, who works at a cell phone shop across the road from Damascus Gate, the main entrance to the Muslim Quarter of the walled Old City, looked on as the horses skirted the throngs near the shop.

“I’ve seen people die here, right in front of my eyes,” he says, motioning toward Damascus Gate. “Why would I be afraid of horses, or anything, after that?”

Nearby, a pair of young men discussed their own version of a one-state solution. A state for Palestinians, for Muslims, and not Jews. After all, said one of them with a dark beard and wearing jeans, “This is our country, we want it.”

Then a pair of horses charged toward them and they scattered into the crowd.

Mr. Siyam in nearby Silwan, observing the generation gap between the graying older guard of the PA and the youth, says, “In a few years there will be a new generation ruling the street. And they believe less and less in the state of Israel and the Palestinian Authority.

And that, he cautions in this context, is “not a healthy thing.” 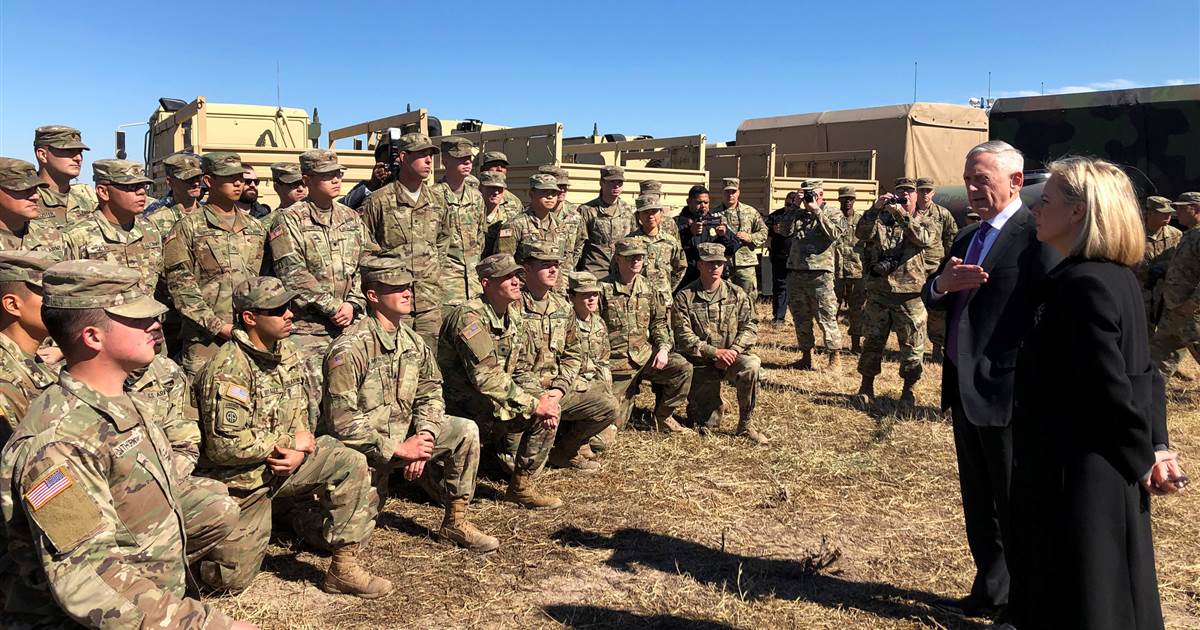 One soldier asked Mattis what are the short- and long-term plans for the military mission. Mattis said the short-term objective is to […] 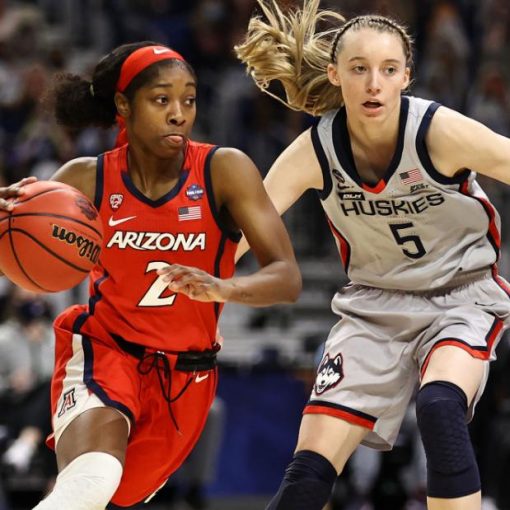 Arizona players celebrate after their Final Four victory over Connecticut on Friday, April 2. The Wildcats, playing in their first Final Four, […] 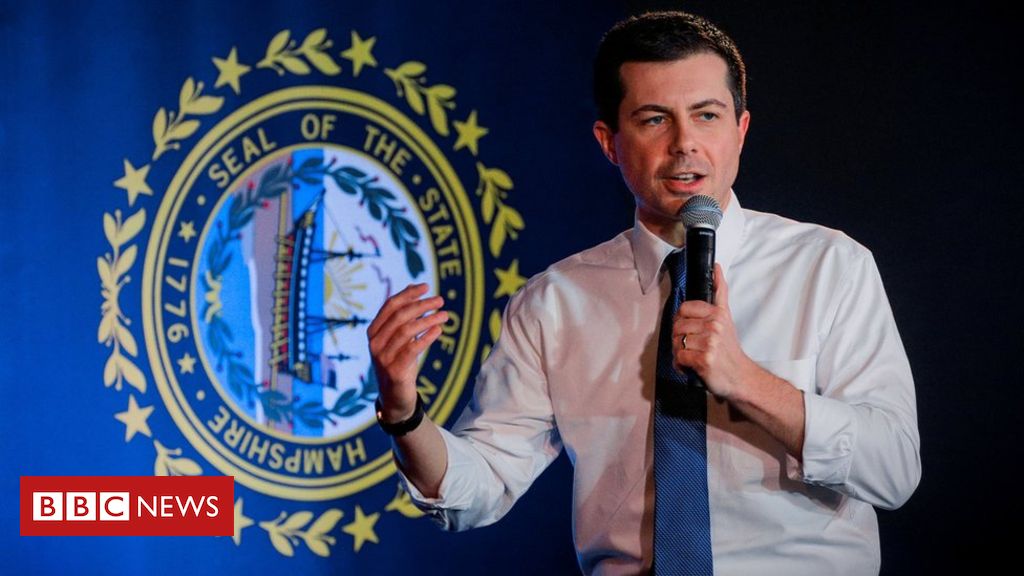 Image copyright Reuters Pete Buttigieg has taken the lead in the Iowa caucuses, according to partial results from the chaotic first vote […] 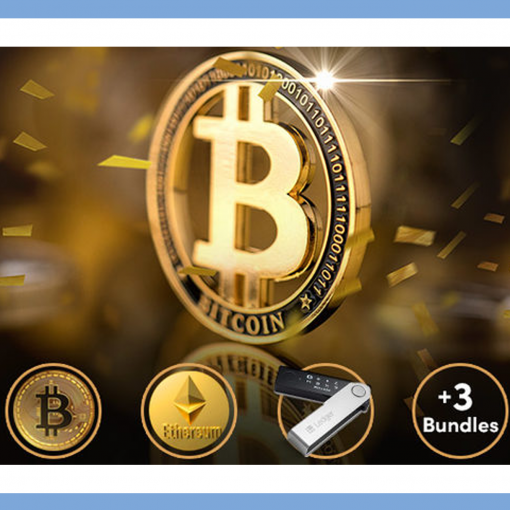 Who doesn’t love a good ole fashioned giveaway?! If you are ready to enter the world of cryptocurrency, then we have a […]