I pull out my phone. I tap it to the terminal. I’m told I can’t use it, I have to use a credit card. I apologize, reach for my wallet. I feel like an idiot. This is me making payments in 2017.

I don’t use my phone to pay for things all that much. Or, my watch. I use my credit card. This isn’t because I don’t trust my phone or my watch. It’s because I know, at least half the time, that depending where I am they won’t work.

And yet, I recently experienced a world where it did work, pretty much all the time.

I was on vacation for two weeks with my family earlier this year. I didn’t expect to use my watch to pay for things as much as I did, but that’s what ended up happening. It started as an experiment: would it be easy to pay at Costa Coffee with my Apple Watch? Then I went to WH Smiths, a common pharmacy. And I realized the tapas restaurant accepted it. And the museum. And London’s Underground. And, basically, everywhere I went.

Coming back to America, I’m disappointed. There’s just not as many opportunities to use it. And it’s the reason the US still has a lot of catching up to do when it comes to mobile payments.

A radical redesign that’s nearly all screen includes a new cutting-edge facial recognition feature. But with no more Touch ID or home button, the iPhone X dares you to change your ways. SEE IT

In the UK, it’s everywhere

I traveled in southwest England and in London, and contactless payment is basically everywhere. It’s everywhere because it basically works as an add-on to relatively newer chip-and-pin credit card payments. I used Apple Pay everywhere, but there were plenty of Android Pay signs, too.

The US has adopted this a lot more slowly, despite promises otherwise, because plenty of people still have older swipe-style credit cards.

In the US, it also gets a lot uglier because the terminals always seem half-broken… or disabled. I walked to a Pret for a banana and, of course, I couldn’t pay with Apple Pay. The staff told me to just swipe my credit card. Now I felt like an idiot for wasting everyone’s time trying to use my watch in the first place.

The UK’s made for contactless payments, and right now the US isn’t. Not to the same degree. Over here, I’m sometimes tapping, sometimes chip-inserting, sometimes swiping and sometimes using QR codes (my terrible New Jersey Transit mobile app for tickets, for instance). And, while many wearables like Fitbit and are adding mobile payments, too, those services work with far fewer banks than long-established players like Apple Pay, Android Pay and Samsung Pay.

Easier for a traveler, if it all works

When I was overseas, using contactless had its advantages: no signatures needed and a smoother transaction than using a physical credit card. Every time I put my chip-enabled US credit card in a UK credit card terminal, I still need to sign — and I usually end up having my card inspected. For getting a coffee, it was easier to just do a quick tap.

It helped avoid using cash, and paying for more ATM fees. In the UK, cash gets particularly rough: lots of coins accumulate fast leading to heavy pockets. And my US credit cards usually involve extra signatures and unique treatments than the average UK-resident credit card.

In the US: payment roulette

I’ve largely given up on trying to pay for things with my watch or phone in the US, because there are still too many places that don’t accept it.

It’s a chicken and egg feeling. If the terminals and stores all worked, I’d use it and stop reaching for my wallet. But the moment it’s not there, I feel like an idiot for trying to pay with my watch/phone/band/etc. I apologize. I feel like Annoying Tech Guy. I quickly grab my credit card. I feel the eyes of everyone who is waiting behind me.

Apple Pay is in 50 percent of US retail locations at the moment, according to Apple, and yearly transactions in 2017 are up 330 percent. But 50 percent also means there’s a good chance a place won’t accept it. Solid growth, perhaps: but it still feels like a coin flip in daily life whenever I enter a store.

“Today, mobile payments still make up less than 1 percent of overall in-store US transaction volume,” says Jordan McKee, principal payments analyst at 451 Research. “Our research also shows that likelihood of using digital wallets has plateaued since the launch of Apple Pay.” Even though around 90 percent of terminals have NFC capability, says McKee, it’s still up to individual merchants to turn them on. CVS and Walmart are notable merchants that don’t (instead encouraging retailer-owned payment services, like Walmart Pay).

Terminals need to be in easy reach

Tapping to pay means having a terminal in arm’s reach. In the US, most restaurants hide their credit card machines behind a counter. In the UK, a mini terminal gets carried to the table. Tapping is as easy as putting in a credit card, and the two feel interchangeable.

On buses and on the Underground, the tap panels are also easy. Tapping with an Oyster card, a phone, a watch, they all felt the same. London’s transit system works with tap-to-pay and mobile payments. New York’s MTA plans to make a transition by 2020, but for now using a MetroCard is one more thing to take in the wallet I’m definitely not leaving behind.

The funny thing about tap-to-pay is it’s supposed to be easier than pulling a credit card out of a wallet. If it fails once, or twice, I’m not going to try it again for a while. That didn’t happen to me overseas, but it happens all the time in the US. But it reminded me that traveling with my phone and watch is a lot better than I expected. I wish I could say the same about how it all works at home. 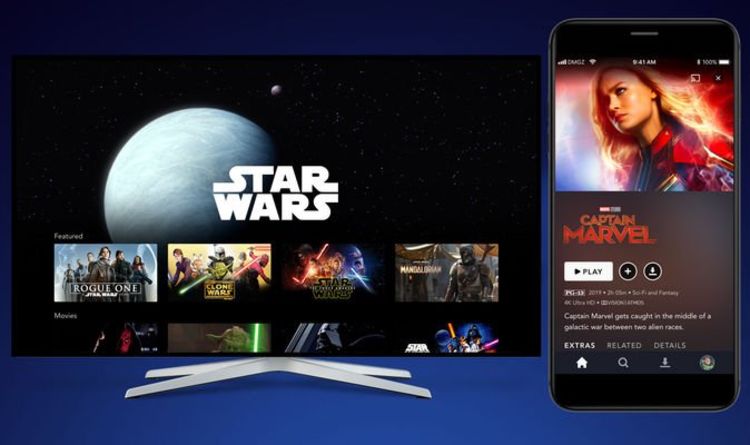 Black Friday is here, and with it comes plenty of savings – but this one is a little different, and perfect for […] 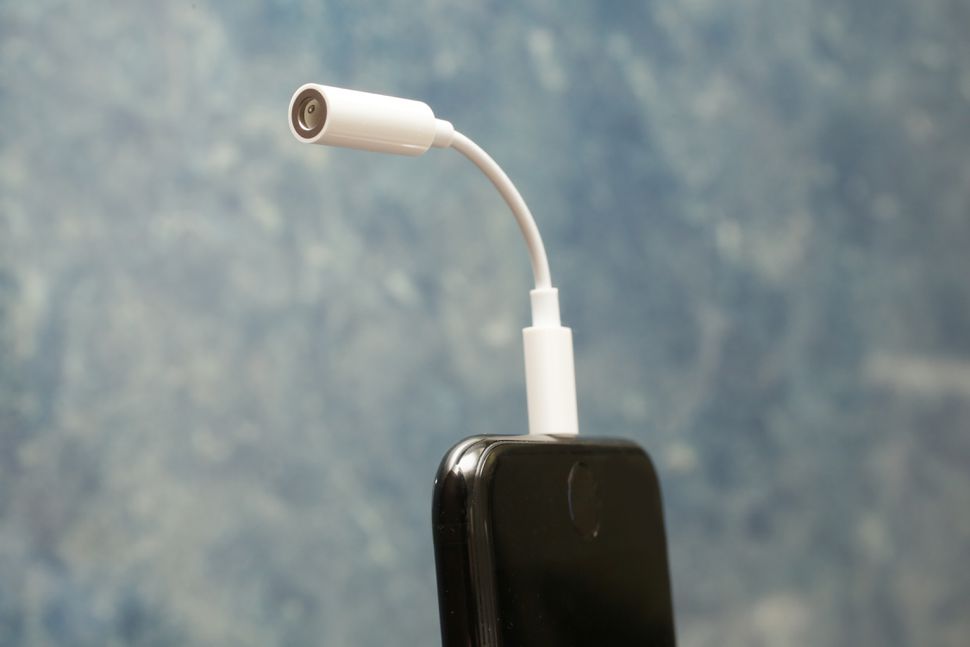 This headphone adapter for the iPhone might only be available as a separate accessory this year. Sarah Tew/CNET Apple might stop bundling […] 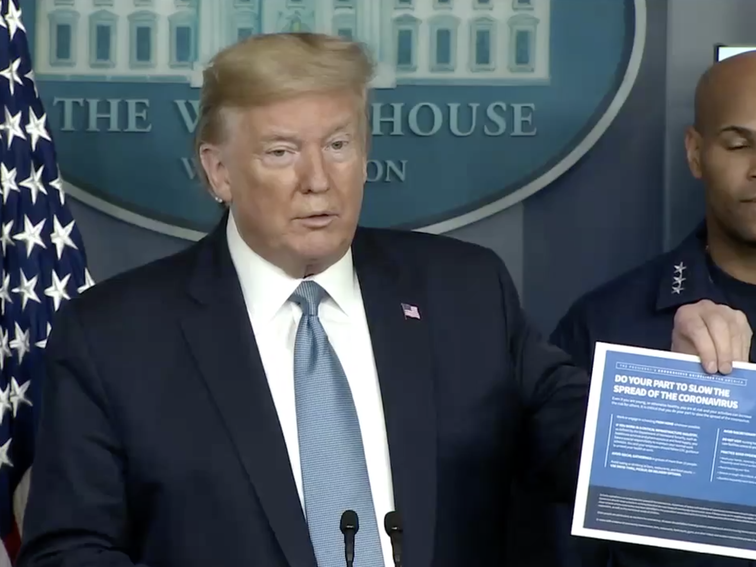 Trump asked if disinfectant could be used to treat coronavirus patients. Screenshot by CNET For the most up-to-date news and information about […] 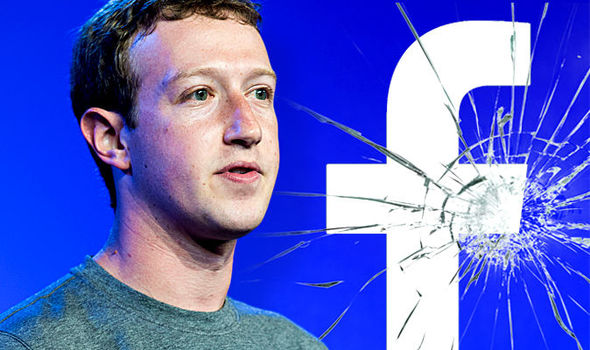 GETTY • FACEBOOK Mark Zuckerberg has apologised for the incident, which saw 50 million users’ data breached Facebook is trying to weather […]