A zealous band of Russian trolls flooded Twitter with hundreds of thousands of divisive posts in 2016 — accusing Democrats of satanic practices and supporting rape — in an attempt to influence the presidential election, according to a new analysis of a Twitter database by NBC News.

The tweets were uncovered in a database of over 202,000 Russian troll tweets that NBC News compiled from several sources, including three sources familiar with Twitter’s application programming interface, or API, an online system that allows outside software developers to work with the data underlying users’ tweets.

While Twitter has removed the tweets from public view, NBC News was able to cross-reference many of the tweets between the datasets and online archives.

The new database also includes over 450 of the 2,752 accounts that Twitter linked to the Internet Research Agency, a Russian “troll factory,” and turned over to the House Intelligence Committee in October. The committee then released them publicly after Twitter, Facebook, and Google testified in hearings.

The resulting tweets represent a sampling of the total content produced by the trolls.

According to Michael McFaul, who was the U.S. ambassador to Russia from 2012 to 2014 in the Obama administration, the provocative tweets are evidence of the Kremlin’s campaign to support Donald Trump, damage Hillary Clinton, and disrupt conversation during the 2016 presidential race.

The objective was to “sow doubt and discord in America,” McFaul said. “That’s part of a grander strategy of making everything relative. There is no truth. There is no democracy versus autocracy.”

Russians, who literally invented the word “disinformation,” or dezinformatsiya, to define the practice of spreading a deliberate lie in order to deceive, digitized their craft and injected it right into our election.

One of the memes boosted by the trolls tried to tie candidate Clinton to satanism and the occult.

Besides the well-known “#Pizzagate” hoax, the trolls stirred up rumors that Clinton and her campaign manager John Podesta attended a satanic ritual, a story that the fact-checking site Snopes has labeled “false.”

The rumors began after WikiLeaks obtained and began publishing emails hacked from Podesta’s personal Gmail account. In one of the emails, Podesta’s brother asks if he will be attending a “Spirit Cooking” dinner party thrown by the performance artist Marina Abramović.

On Nov. 4, 2016, just days before the election, WikiLeaks directed followers to a blog post on a site that dug up videos from a 1996 surrealist “Spirit Cooking” installation by Abramović that included phrases such as “with a sharp knife cut deeply into the middle finger of your left hand eat the pain,” in pig’s blood on the gallery wall.

Abramović later said that John Podesta didn’t attend the dinner, which she held to thank her Kickstarter contributors, and that the event involved cooking traditional soups at her apartment.

The verbatim tweets sent by confirmed Russian trolls on the list released by the House Intelligence Committee showed an effort to amplify the satanic narrative.

The story was boosted by Russian trolls and conservative websites, including the Drudge Report and Fox News host Sean Hannity’s website and Twitter feed, spinning it into a tale of devil worship and a bizarre blood feast.

“We know well from cognitive science that once you’ve read something, especially if it’s framed as news, it’s difficult to discount as fake even if you’ve been told it’s fake,” Jeff Hancock, a communications professor at Stanford University and the founding director of the Stanford Social Media Lab, told NBC News.

And when individuals already agree with the premise of the falsehood — for instance, that Hillary Clinton isn’t trustworthy — ignoring outright lies becomes even more difficult, he said.

“Our default is truth,” Hancock said. “We have to work hard on disbelieving.”

Another effort made by the trolls was to tie Democrats and liberals to support of rape. Over 460 of the tweets contained the word “rape” or a variation, like “rapefugees.”

“RT @wiredterrier: @ThePatriot143 Women who vote Hillary are telling their daughters rape is ok and they will be slandered on top of it,” tweeted Russian troll @EmileeWarren on Oct. 15, 2016.

At another point during the campaign, one troll account replied to another user’s tweet about Donald Trump’s relationship with his oldest daughter, Ivanka, twisting it to make it a lewd reference to one of President Barack Obama’s daughters.

The Russian trolls also incorporated racist slurs, themes, and topics into their messages.

One line of attack again distorted an element from one of Podesta’s stolen emails. Clinton had forwarded an Israeli op-ed article about a Muslim man left to die on the side of the road. The original author referred to how the authorities might have thought of the man as a “sand n—–.” A cropped screen grab was taken out of context and reframed to say Clinton was referring to Muslims using the epithet, and then spun up through Twitter through the Russian troll accounts.

“RT @ObamaBash: Never #HillaryBecause While calling Trump a racist in a leaked email she referred to a Muslim man as a “SAND N—–,” tweeted @hyddrox on Oct. 15, 2016, a few days after the second presidential debates.

Snopes reported that the claim circulating on social media that Clinton had used the derogatory term was “false.”

Some of the accounts also weighed in heavily on racially charged topics, like the protests in Ferguson, Missouri, in the summer of 2014 after the death of an unarmed black teenager, Michael Brown, at the hands of a white police officer whom a grand jury later declined to indict on any charges.

“All of those protesters in Ferguson, your hand are covered with blood! #CopsWillBeCops #FergusonShooting,” tweeted Russian troll @EvaGreen69 on March 15, 2015.

Another tweet by a Russian troll account @staywoke88 that pretended to be a Black Lives Matter protester took the most infamous white nationalist slogan and tweaked it to make it appear to be a pro-black statement.

“The point of a disinformation operation is not to create new rifts in society — it’s to drive the rifts that are there further apart,” said Graham Brookie, deputy director of the Digital Forensic Research Lab at the Atlantic Council, a Washington-based international relations think tank.

Disturbing and anger provoking, but election-changing?

According to reports of leaked internal documents from the Internet Research Agency, trolls were given specific topics and talking points and assigned daily quotas.

By insinuating themselves into different niche online dialogues and pushing the conversational boundaries, the Russian trolls signaled to others in the conversation that it was acceptable to make more extreme statements.

“Even if they’re not going to say ‘Hillary Clinton is responsible for #PizzaGate,’ it lowers the barrier of cost to say, ‘Lock her up,'” Brookie said. “That’s a very useful output for someone who wants to sow chaos in a democratic institution.”

Even if readers rejected the outlandish statements, the trolls still grabbed their attention. For the Russian propagandists, that in itself was a win.

In the end, the troll strategy was an export of methods Russia has used for years domestically to get citizens to see themselves not as part of a nation but as members of smaller ethnic and identity-based groups, and play all sides against each other. 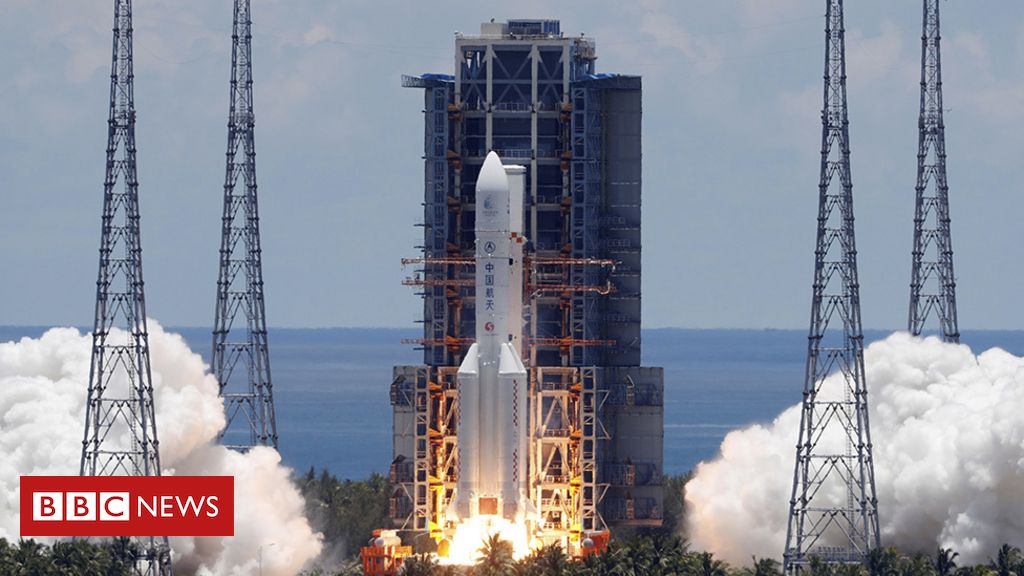 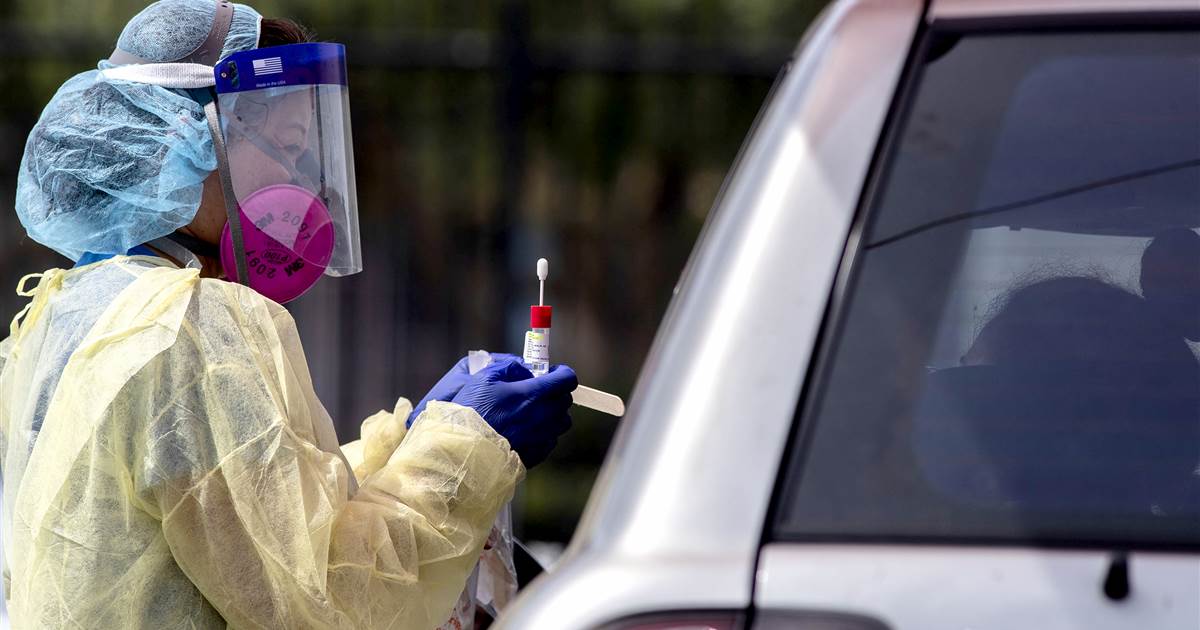 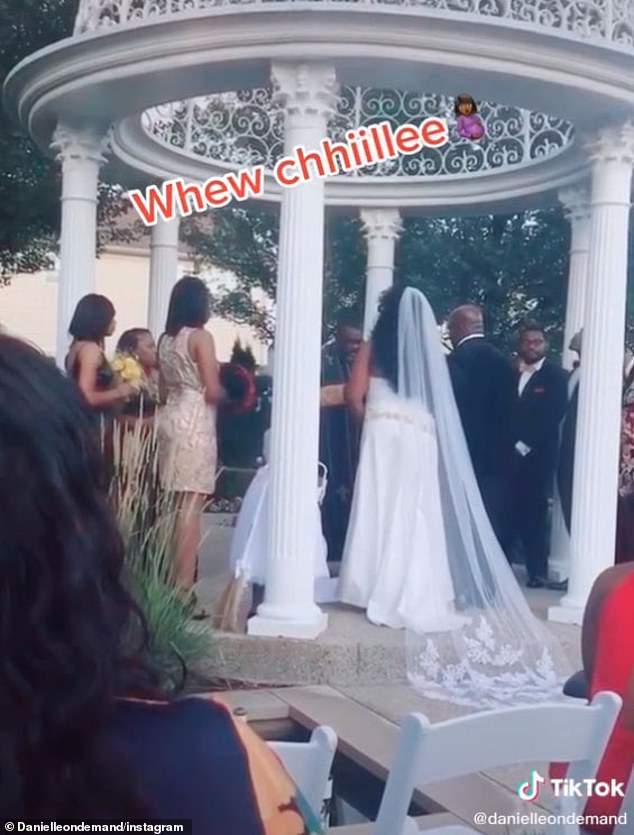 ‘I got your baby here!’ Baby mama crashes wedding just as groom is set to exchange vows – and he doesn’t even […]

BRUSSELS, Oct 1 (Reuters) – The European Union on Thursday launched a legal case against Britain over its new Internal Market Bill […]