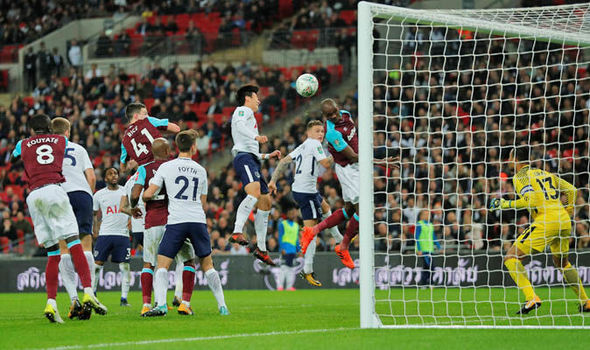 It may not yet be enough to save the Croat, if his side lose their foot-of-the-table battle at Crystal Palace on Saturday, but it was a remarkable turnaround from two goals down here that at least gives Bilic hope.

His team looked dead and buried after first-half goals from Moussa Sissoko and Dele Alli had put dominant Tottenham in total control.

But then an out-of-the-blue double from Andre Ayew and a thumping header from Angelo Ogbonna completed the most unlikely of comebacks.

Bilic is not out of the water yet. But his team at long last have started paddling.

For Bilic, this was the start of a two-game run that will decide whether he has a future as West Ham manager, with the Palace game by far the more pivotal fixture. The club have already started looking for a successor, with Hoffenheim’s Julian Nagelsmann and ex-Watford manager Walter Mazzarri both on the hitlist, along with Roberto Mancini, Rafa Benitez, David Wagner and Manuel Pellegrini.

Bilic himself is a target to replace Bruce Arena as the coach of the US national team and has also had offers from the Major League Soccer. 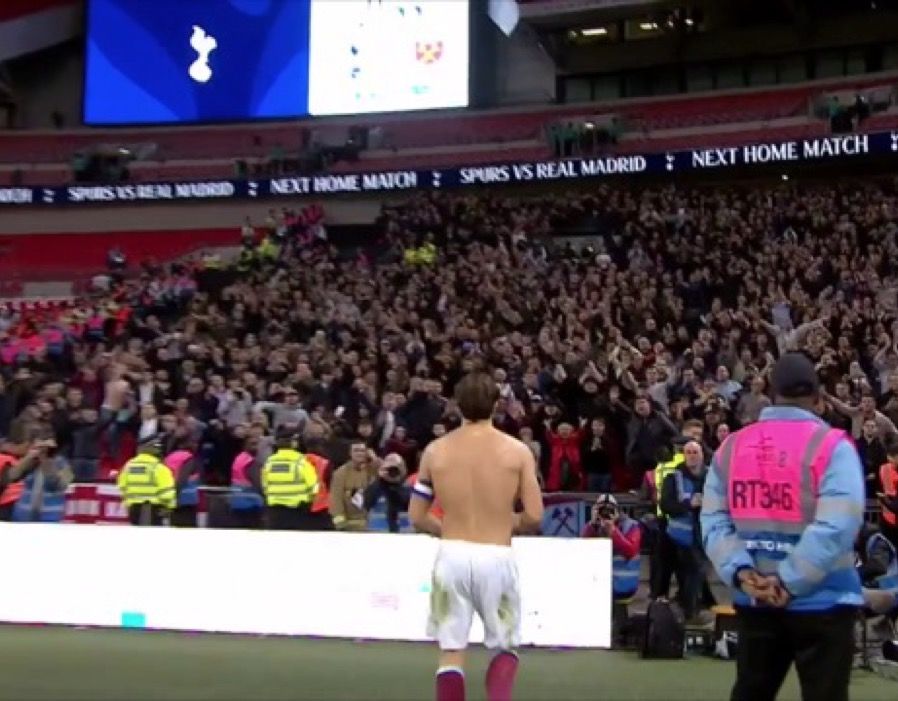 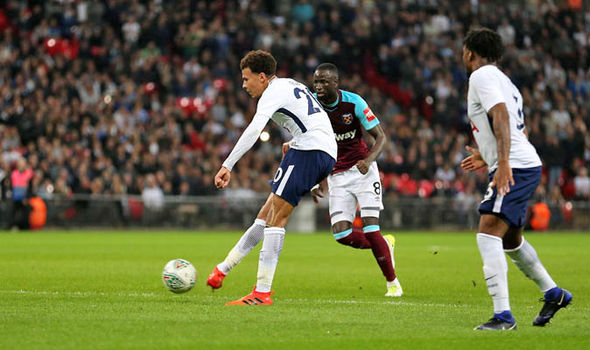 Dele Alli scored for Spurs in the first half

Bilic made nine changes from the team who were hammered 3-0 by Brighton on Friday night in a performance that many thought would spell the end. Out went Joe Hart, criticised again for his performance that night, back came Mark Noble and Andy Carroll, from suspension.

West Ham had won just once in their last five in the Premier League and they were meeting a Spurs team in imperious form but without Harry Kane and six others who starred in the 4-1 win over Liverpool on Sunday.

Next month marks the 10th anniversary of the game that made Bilic’s name as a manager – his Croatia team’s 3-2 win over Steve ‘Wally with a Brolly’ McClaren’s England at Wembley, that ended their Euro 2008 qualification hopes.

He needed another inspirational evening like that last night. And it happened. Even if early on it did not look likely. There were barely six minutes on the clock when Fernando Llorente’s flick sent Son Heung-min racing away down the left and West Ham’s defence were AWOL when he slipped the ball inside to Sissoko, who slotted his shot past Adrian.

After the defensive shambles against Brighton, it was just the start Bilic did not need. It could have got worse, though, as Kieran Trippier crossed and Alli got above Declan Rice to thump in a header, but Adrian did well to palm the ball out.

West Ham could barely get hold of the ball to trouble the Tottenham defence and it was no surprise when Mauricio Pochettino’s side got No2. 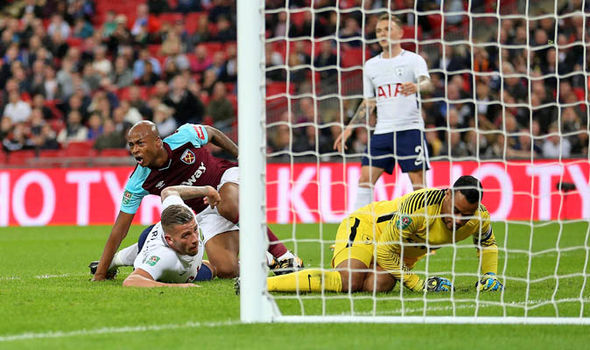 Andre Ayew got West Ham back into the match

Spurs buzzed around the edge of the area until Son poked the ball through to Alli, whose shot took a deflection off Rice and flew past Adrian.

Fed-up West Ham fans chanted, “Sack the board” as another aimless, passionless performance seemed to be unfolding in front of them.

But suddenly from out of nowhere came fight, came pride, came some determination and fire.

For virtually the first time in the match Spurs dithered as they failed to clear a corner, Edimilson Fernandes cracked in a low shot that Michel Vorm could only parry, and Ayew stabbed in the rebound. Where there had been despair, suddenly there was life, there was hope – as Vorm then had to punch clear off Ayew’s head.

And then, as Spurs wobbled, Manuel Lanzini got behind them, crossed, and Ayew slotted the ball home. Incredible.

Spurs suddenly, from what had seemed little more than a training exercise, had a game on their hands. Stung, Alli cracked in a volley that Adrian did well to block.

And then, the unbelievable. Lanzini floated in a corner – and there was Ogbonna to thump home a header and put them in front. As a turnaround, it was hard to fathom. 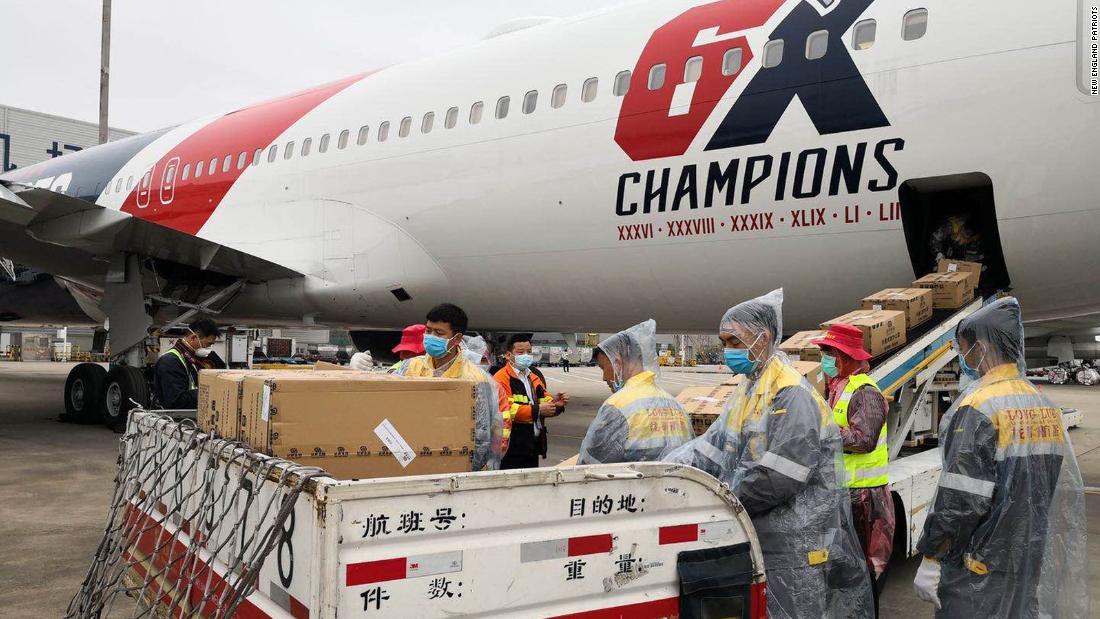 Massachusetts Gov. Charlie Baker tweeted a photo of the plane being loaded with the personal protective equipment that he said would go […] 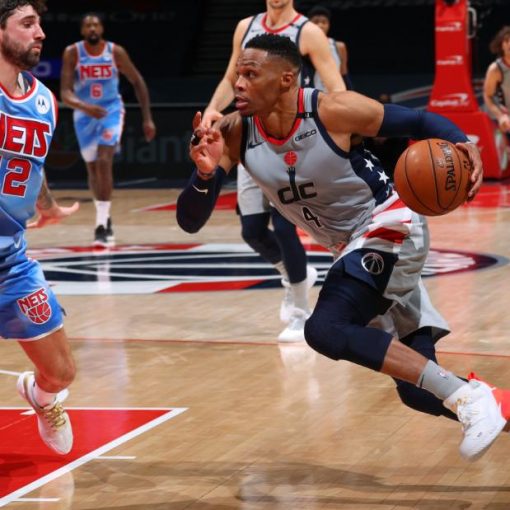 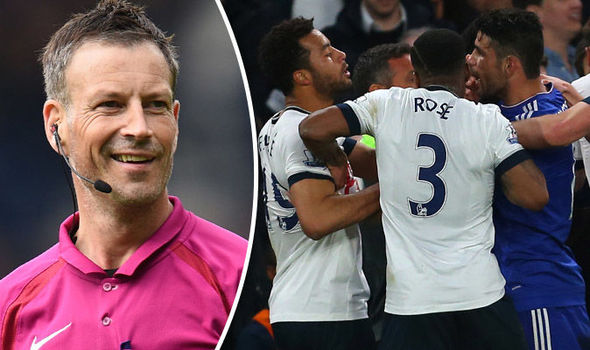 Tottenham needed to win at Stamford Bridge in the 2015/16 season to keep Leicester’s hands off the trophy, but they failed. The […]