TAMPA, Fla. — Sitting outside a funeral home with his daughter’s ashes, Kenny Hoffa pleaded for information that would lead police to a shooter who may be responsible for a series of three seemingly random murders in Tampa.

“There’s some psycho out there putting other people through this pain and suffering I’m going through,” Hoffa told NBC News on Monday. “I don’t know why he feels the need to go out and senselessly murder people in the street, shoot them down like they’re dogs.”

“But someone knows who he is,” he added. “And they need to tell the police.”

Hoffa’s daughter, Monica, was found dead in a vacant lot on Oct. 13, two days after she disappeared while walking to meet friends. Tampa police have linked her slaying to two others in the Seminole Heights neighborhood: the Oct. 9 shooting of Benjamin Mitchell, 22, at a bus stop, and the Oct. 19 ambush of Anthony Naioba, 20, who was gunned down on the street.

Investigators have not said what evidence ties the three crimes together, or whether they have forensics that show the same weapon was used in all of them. They released grainy video of a person of interest but have not identified the person as a shooter or even said if it’s a man or a woman.

Seminole Heights residents have been warned to be careful at night on the streets, where the Guardian Angels are now on patrol. The FBI is assisting local police, who are working overtime to uncover a motive — and stop another shooting.

“They’re not going to quit until they catch this guy,” Tampa Mayor Bob Buckhorn said. “They don’t care if they have to work 30 days straight, 10 hours a day.

Clint Van Zandt, a former FBI profiler and NBC News criminal analyst, said in the early days of an investigation like this, police try to rule out motives like drugs or robbery and hunt for anything the victims could have in common. They will comb through older crimes to see if any of them fit the pattern, and they will broaden the search beyond Tampa, he said.

“Normally when something like this happens, a serial offender would start out in neighborhood or community he’s comfortable in — a place he knows the way in and out — and that territory may expand as he becomes more emboldened,” he said.

Enzo Yaksic, who tracks data on serial homicides at Northeastern University, said the indiscriminate nature of the shootings could point to gang initiation rituals, but could also be the handiwork of a modern serial killer.

“The recent crop of serial murderers with anger-based motives strive to exact revenge on society with quick bursts of violence often within a tight geographic area aimed at those readily available to them,” he said.

On the surface, at least, there are few similarities between the victims beyond where they happened to be when they were killed.

Hoffa, 32, was raised in Tampa and was working as a waitress. Mitchell, who grew up on the West Coast, was an aspiring musician taking community college classes. Naioba was autistic, took the wrong bus home and was on his way to a different bus stop when he was killed.

Kenny Hoffa, who lives in South Carolina, said he was driving to Florida when he got the news about his daughter.

“I was crushed, I couldn’t breathe, I couldn’t drive,” he said. “And then I just had to get to Tampa. Nothing else became important after that except getting to my baby girl.”

The announcement that Monica’s death could be the work of a serial shooter only compounded his grief. “I know this pain I have has been magnified two more times and those families don’t deserve that. No one deserves it,” he said.

But he’s confident that the killer will be brought to justice after speaking with the Tampa police chief at his daughter’s memorial service on Saturday.

“He was choked up. He said he has daughters, too, and he promised me that they would find this guy and he wouldn’t rest until they found him,” said Hoffa, who returned to South Carolina with his daughter’s remains this weekend.

Naiboa’s stepmother, Maria Rodriguez, said she is pinning her hopes on a tipster coming forward before the killer strikes again.

“If someone knows, please stand up,” she said. “Don’t be scared.”

Rodriguez said she understands the fear. At a memorial last week, she was gripped by an “uneasy” feeling that the suspect could be lurking in the crowd.

But, she said, it’s important for everyone in Seminole Heights to stay strong.

“You know when animals sense fear, it gives them power, ” she said. “So I look at this this way — the community is fearful, which I can understand…but at the same time you’re feeding that fear to them and it’s giving [the shooter] a sense of power to control everyone and do whatever they want.” 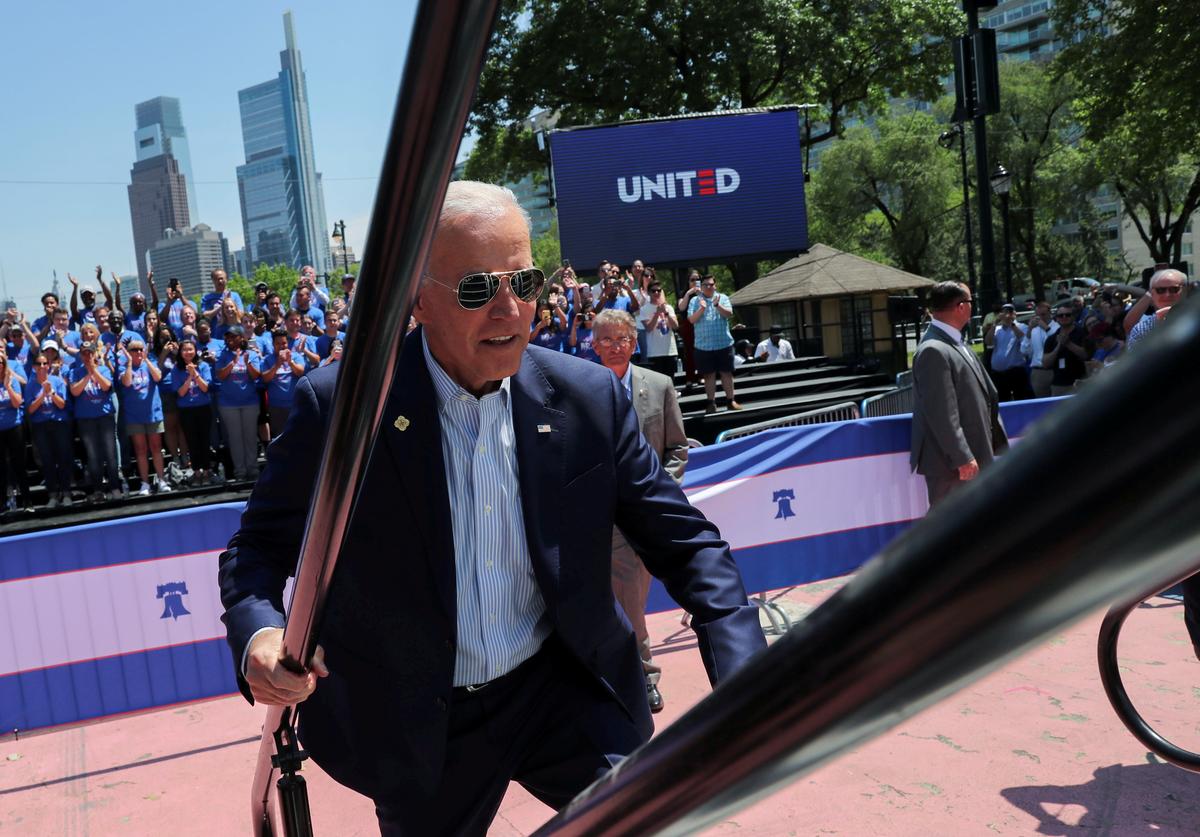 PHILADELPHIA (Reuters) – Democrat Joe Biden kicked off his 2020 presidential campaign in April at a Teamsters union hall in Pittsburgh, the […] 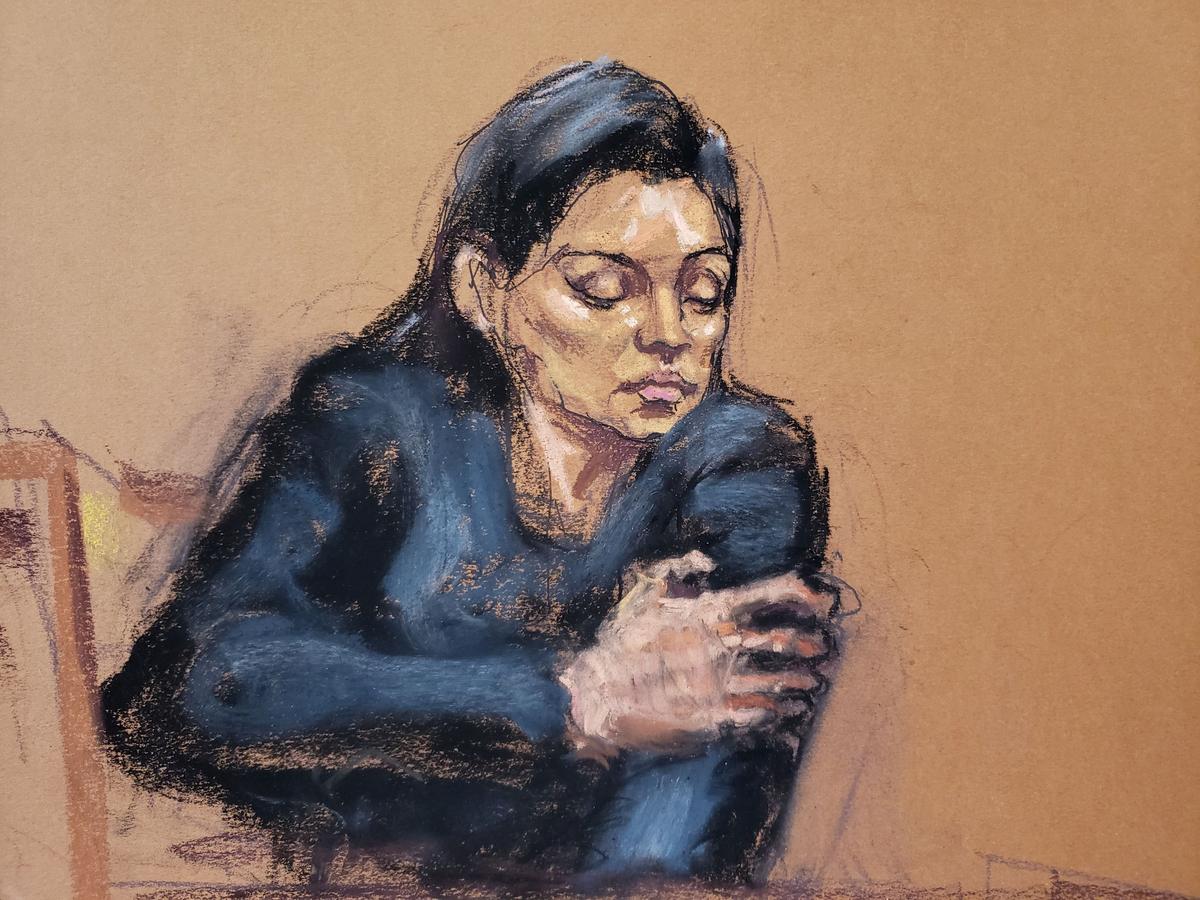