The speaker for the Islamic Consultative Assembly, Ali Larijani, described the move as a direct insult to Tehran and the UN and blamed the decertification on the Republican’s distaste for his predecessor.

He said: “It seems that Mr Trump not only does not adhere to international agreements, but does not feel respect for the UN and demonstrates to all countries that the US government will not adhere to any obligations.

“Iran openly announced that the nuclear weapons have no place in our military doctrine.

“It seems that Mr Trump because of his hostility with Mr Obama would like to destroy the agreement because of internal issues in his own country.”

As well as refusing to certify the nuclear pact, the President also unloaded a fresh batch of sanctions against the Iran Revolutionary Guard Corps (IRGC) as a punishment for allegedly aiding terrorist groups.

A senior advisor to Iran’s Supreme Leader Ali Khamenei, recently warned Washington against associating the IRGC with terrorists in a move that has significantly increased tensions between the two powers.

The advisor said: “Whatever they do we will take reciprocal measures. All options are on the table.”

After the statements were made, Iran then accused the US of supporting ISIS in a move that mimics statements previously made by Donald Trump.

The US President recently stated: “The Iranian regime supports terrorism and exports violence, bloodshed and chaos across the Middle East. That is why we must put an end to Iran’s continued aggression and nuclear ambitions.”

Prior to the decertification, Iran had regularly claimed it was not operating outside the terms of the Joint Comprehensive Action Plan (JCPOA).

Despite Trump’s ejection, other members of the JCPOA have emphasised a commitment to the deal with Moscow recently urging any sceptics to preserve the nuclear pact.

Iran analyst Mahan Abedin recently emphasised that the removal of the US would not result in a fizzling out of the 2015 pact.

He stated: “Even if US President Donald Trump invalidates the deal this doesn’t necessarily spell the end of the deal.

“Obviously, the US is the most important component of the deal, but nevertheless even if the US is noncompliant with it and formally exits the deal it will not spell the end of the JCPOA.

The pact resulted in Iran agreeing to limit its nuclear program in exchange for the lifting of economic sanctions, that have proved to be an essential component in Tehran’s economic growth.

The President of Iran, Hassan Rouhani, recently stated that US decertification would not undo the trading relationships that have already flourished thanks to the deal.

Mr Rouhani stated: “In the nuclear negotiations and agreement we reached issues and benefits that are not reversible.

“No one can turn that back, not Mr Trump or anyone else.

The US President has not been shy in criticising the deal he has labelled “the worst deal ever negotiated” – the deformation of the JCPOA played a critical part in the Republican’s campaign trail. 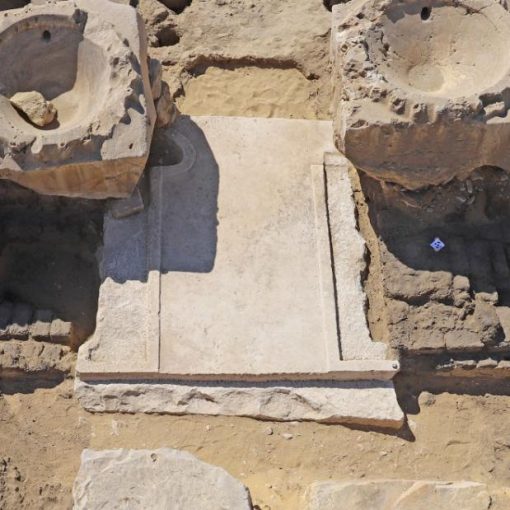 (CNN) — Archaeologists have uncovered what they believe to be one of Egypt’s lost “sun temples,” dating from the mid-25th century BCE. […] The eye of Hurricane Maria made landfall near Yabucoa in Puerto Rico at 6.15am EDT (11.15am BST) this morning as it continued […]