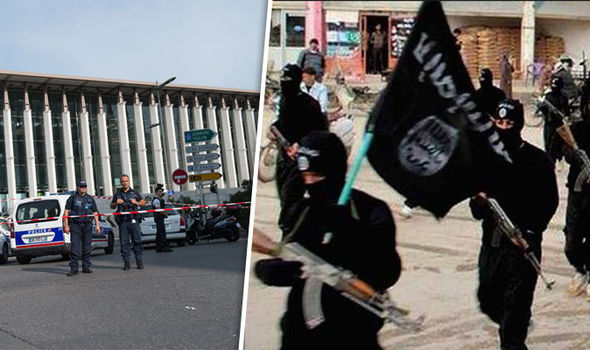 ISIS has claimed responsibility for the attack which killed two women

After stabbing the women, aged 17 and 20, the assailant was shot dead at Gare de Marseille-Saint-Charles station by a soldier in the southern French port city on Sunday.

A witness told Reuters she saw a man take out a knife from his sleeve and then stab a young girl and then a second woman, shouting what could have been “Allahu Akbar”.

Officials have described the incident as a “likely terrorist act“.

Two police sources said one woman’s throat was slit while the other was stabbed in the chest and stomach.

The ISIS newsgroup Amaq news agency later announced that one its militants was responsible for the attack.

The assailant was shot dead by a soldier from a military Sentinelle patrol, a force which was deployed across the country after a state of emergency was declared following ISIS attacks almost two years ago.

Marseille mayor Jean-Claude Gaudin said: ”We have until now managed to avoid such dramatic incidents in Marseille. I think it was a terrorist attack and the individual who was killed seems to have had several identities.”

Interior Minister Gerard Collomb said the man had initially killed one woman and looked to be running away before returning to attack a second woman. 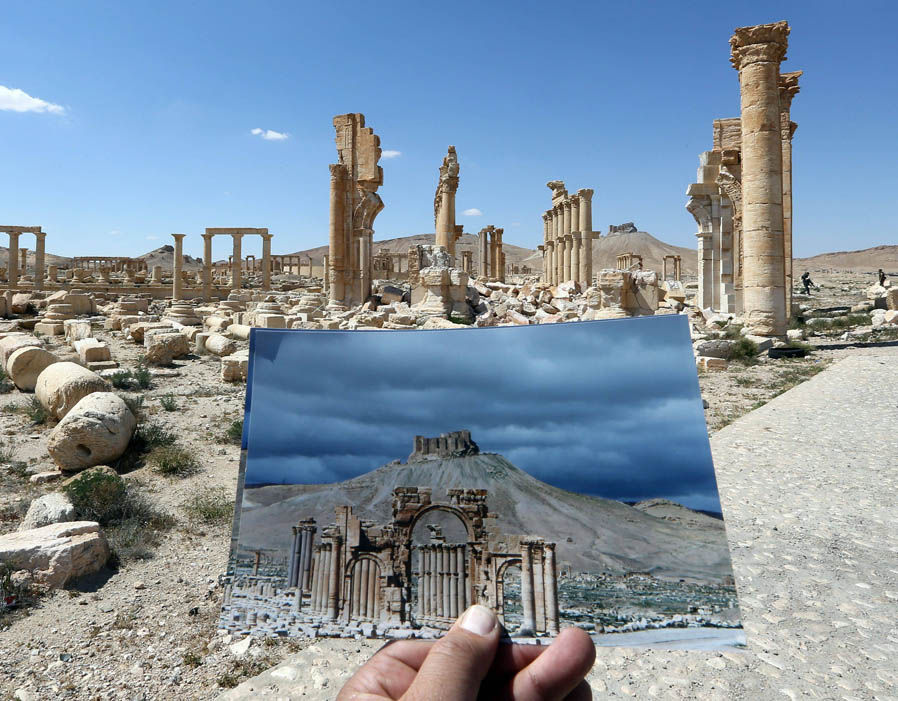 He then rushed towards soldiers from the Sentinelle force who shot him dead.

Mr Collomb added: “This could be an act of terrorism, but we cannot confirm it fully at this stage.”

In a statement, the Foreign Office said: “Following an incident at Marseille St Charles train station we are advising British nationals in the vicinity to take care and follow the advice of the local security authorities.”

Two police sources said the attacker carried a butcher’s knife, is around 30 years old and of North African appearance. 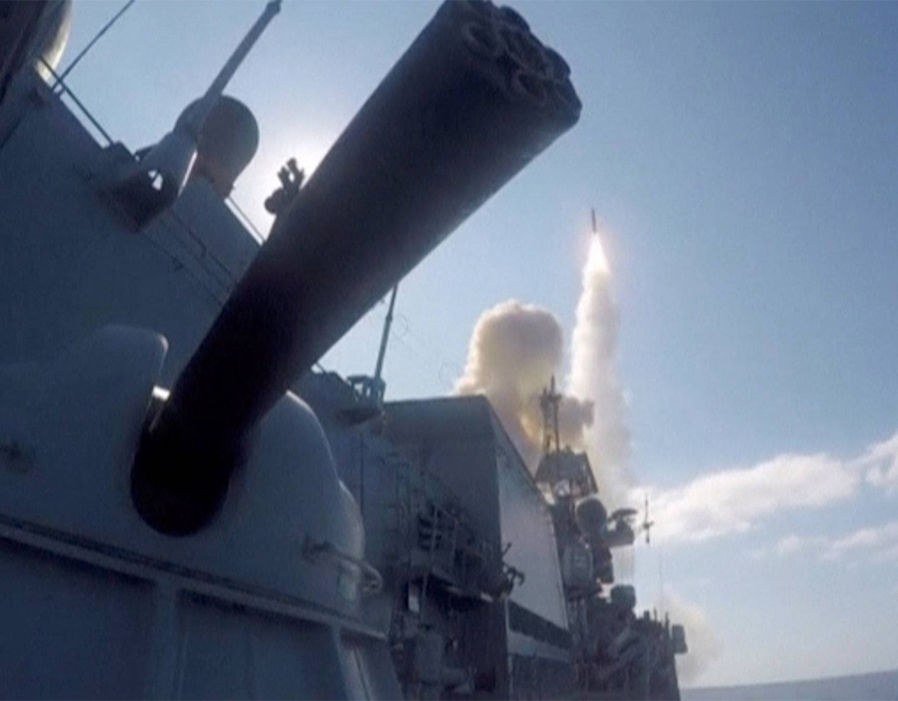 A still image taken from a video footage shows a missile being fired from a Russian warship to hit Islamic State targets in Syria’s Hama province, from the Mediterranean sea

One source said he was known to police for common law crimes, while another said digital analysis of fingerprints had come up with several aliases.

French troops have been part of a US-led coalition fighting the vile terror group in Syria and Iraq.

Thousands of soldiers are in West Africa fighting al Qaeda-linked militants, operations that have made these groups urge their followers to target France.

Security forces have increasingly been targeted by militants in knife attacks. 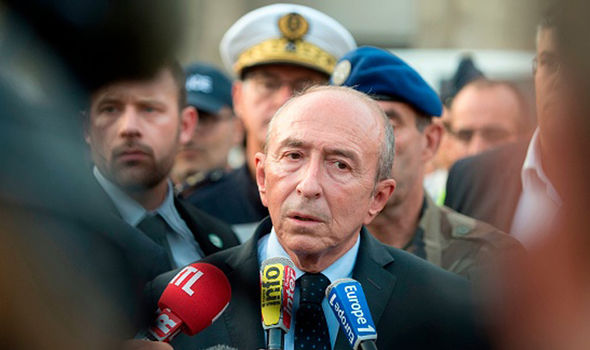 A man wielding a knife attacked a soldier in a Paris metro station on Sept. 15.

President Emmanuel Macron said on Twitter he was “disgusted by this barbaric act” and praised the calmness and efficiency of security forces.

French lawmakers are due to vote on a much-criticised anti-terrorism law on Tuesday, which would see France come out of its state-of-emergency in November, although some of the powers would be enshrined into law.

The number of military personnel on the ground is also due to be reduced slightly, although the force is being adapted to make it more mobile and its movements less predictable. 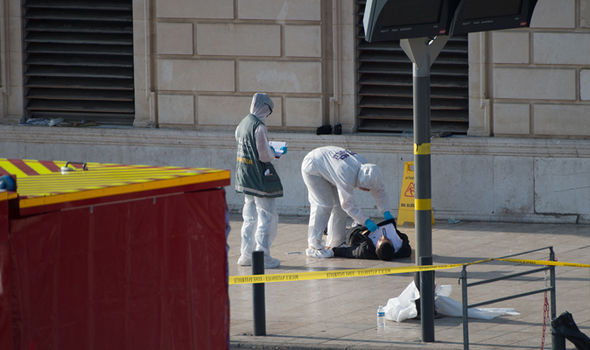 Police union official Stephane Battaglia said: “The presence of Sentinelle soldiers, their speed and efficiency ensured that the death count was not bigger.

ISIS claimed responsibility for multiple attacks during 2015 which left 130 people dead and the 2016 Bastille Day attack that killed 86 people.

Other countries, including Britain, Germany and Belgium, have also suffered attacks by militants using knives, guns, explosives and driving vehicles into crowds. 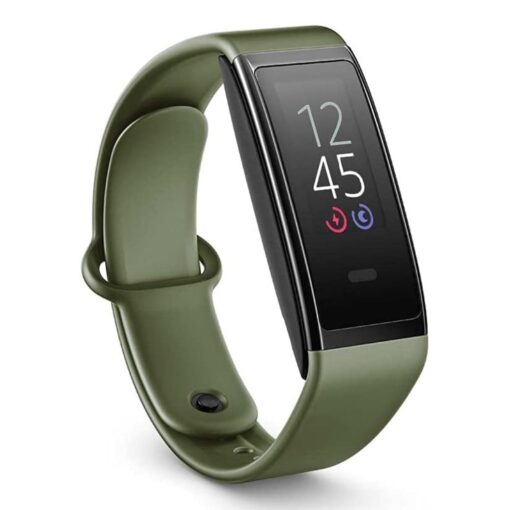 NY Post may receive revenue from affiliate and advertising partnerships for sharing this content and/or when you make a purchase. It’s Dec. 1, which […] 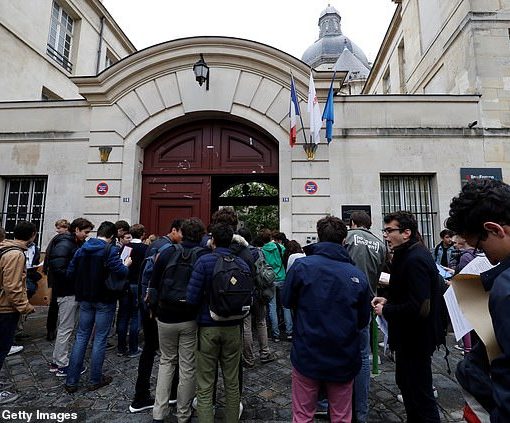 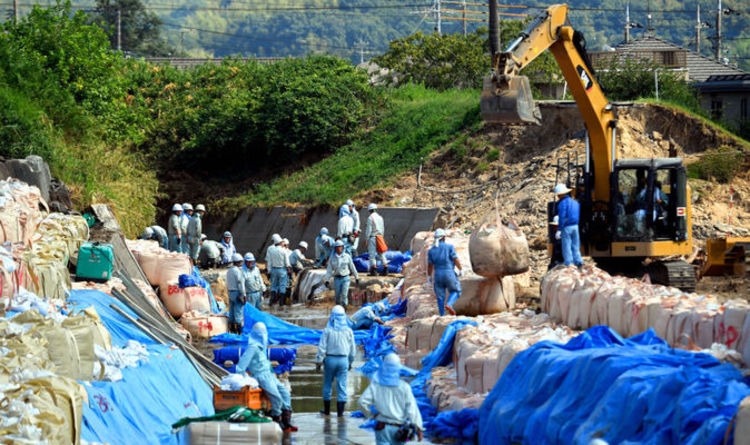 The tropical cyclone is currently over the open western Pacific Ocean. But Typhoon Shanshan will track northwest and approach Japan this week, […]