There’s been a rather strange discovery made involving Nintendo Switch games and a secret NES surprise.

According to the latest reports, the Japanese games giant decided to hide a classic Nintendo games in their latest console.

Apparently, the NES original title, Golf, is built into every Nintendo Switch but is not actaully playable.

The people who found it are the Switch homebrew community, who look to analyse and crack the software used on the hybrid device.

Earlier this year, an emulator was found that could apparently run NES games.

This has now been confirmed as something that actually only support one title, Golf.

The difference between this and many other emulated games is that Golf has apparently been updated for the Switch.

This means that Golf could become one of the first Nintendo NES games to support a fully updated control system of a new console.

But while Golf has been found in the Switch OS, no one has cracked how to make it playable, making it impossible to verify all these new finds.

Nintendo have yet to comment on its existence and could well be an Easter egg placed there on purpose, with the company knowing full well that people would be doing the beck to crack the console.

For those on Nintendo Switch and Wii U, The Legend of Zelda Breath of the Wild has become one of the biggest launches of 2017.

For Switch fans, it was the very first great game the hybrid console boasted, while for the Wii U, Zelda Breath of the Wild will prove the last big hurrah.

Nintendo have already started putting major parts of their support out to pasture for the console, with Zelda’s remaining DLC one of final big launches expected.

But while the latest Legend of Zelda adventure has proven popular on both these platforms, there is another available.

The Cemu emulator has access to Wii U games, with the latest Zelda title quickly made compatible on PC.

People than got to work in experimenting with the game in upscaled-4K, which just saw an update connected with boosting the fps available.

According to one CEMU modder, 60fps is now the next goal, although it wasn’t expected for a while.

That’s because trying to run the CEMU emulator, the game, and a new 30fps unlocking glitch is hugely consuming. A form of 60fps was achieved in Shrines earlier this year, but wasn’t possible outside of these areas.

But since then, the first Legend of Zelda Breath of the Wild unlocked framerate mod has been released.

There are now videos online of Zelda Breath of the Wild running at 4K 60fps, although the limitations of this new mod have also been revealed.

A rundown of all the problem connected with this project can be found below:

“Firstly this only works on BotW version 1.3.0 and 1.3.1. All addresses need to be updated for different versions of the game. Which also means the next version of BotW will not work Until the corresponding offsets are found.

“Stamina replenishes too quickly, as though it’s still going 1x speed at 30 instead of what FPS you are getting. Some of my testers have reported missing textures on occasion, however that is a problem I couldn’t duplicate.

“The textures not loading in were subsequently reported to be happening by two of my testers; albeit to a lesser extent, even without my patch, leading to a theory that it may be related to Cemu v1.9.1–as I have been on 1.9.0 the whole time due to it being a bit easier to debug with.

“Sometimes animations get a little jumpy, it happens most often while paragliding.

“There is a random chance the game will slightly stall briefly but it recovers pretty quickly. Finally when you sleep you may randomly get a long wait before Link wakes back up again–it seems to be pretty rare, only happening to me once in the whole last week of testing.

“Based on tester reports if it does happen it usually won’t happen again during that play session.”

The CEMU Wii U emulator is not sanctioned by Nintendo, who recently confirmed they’re not interested in launching their games officially on PC. 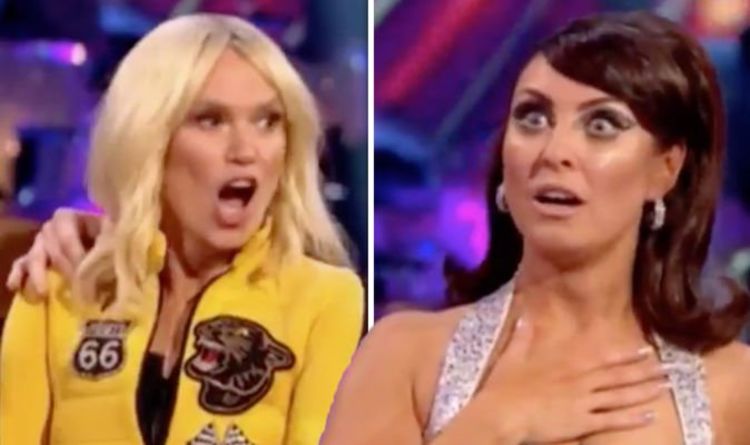 A third wrote: “I love #Strictly the only thing spoiling it is the constant cheering from the audience for every step anyone […] Instagram It’s been five years since Gwyneth Paltrow and Chris Martinbroke up and made headlines for “conscious uncoupling.” On Tuesday’s episode of Today, […]

Matthew Vaughan, the man behind the action sequel, has explained that the gags were scrapped – because he had an instinct that […]