The “Unite the Right” Rally last month in Charlottesville, Va., continues to dominate headlines, with President Trump reigniting controversy last week by reiterating his belief that both sides are to blame for the violent fallout between protesters and counter-protesters. “You have some pretty bad dudes on the other side also,” the President said.

The president’s choice of words — the idea that there are “bad dudes” out there — is significant, as it sheds light on an aspect of the controversy that has largely been ignored, which is the role of women in the white nationalist movement. The images that have dominated the Charlottesville narrative in its aftermath have likewise tended to have one thing in common: the white nationalists they portray are men.

Yet, despite the absence of white women from public displays of white nationalism this month, women have played an important role in the ugly history of racism in America.

These days, as Seyward Darby explained in a recent NPR interview, women’s participation in contemporary white nationalism takes place primarily online “in the underbelly of the Internet.” The women involved in that world in many cases contend that they reject feminism and embrace traditional gender roles, which are part of the regressive worldview of those movements. Yet some of the most famous of them also champion women as central to the success of the white nationalist movement. They are viewed as Alt-Feminist, women who struggle for gender equality within the context of white supremacy. Consequently, such women have faced backlash from male counterparts who complain of their transgression of gender boundaries.

The contention over gender roles within white nationalist organizations is nothing new, as evidenced by the Ku Klux Klan’s foremost female “leader” Elizabeth Tyler, and the rise of the Women’s Ku Klux Klan (WKKK) during the 1920s.

As related by Kathleen M. Blee in her book Women of the Klan: Racism and Gender in the 1920s, Tyler and her male business partner Edward Clarke founded the Southern Publicity Association, which in 1920 contracted with the KKK “to create a Propaganda Department to publicize and recruit for the Klan.” Expanding the Klan’s enemy list from blacks to also include “Catholics, Jews, nonwhites, Bolsheviks, and immigrants” and utilizing “the modern marketing and advertising techniques of the twentieth-century capital consumerism” proved an effective strategy in increasing the organization’s membership and revenue.

As Blee notes, however, Tyler’s gender became a vexing issue for some within the upper echelons of the Klan who feared that their fraternity had been coopted by a woman. Although there were some who appreciated her effective organizing and promotion skills, and her dedication to the Klan, many others viewed her as a seductress and attributed her successes to her ability to cater “to [men’s] appetite and vices.” The controversy over Tyler’s leadership role in the Klan resulted in a 1921 Congressional investigation that came to the exaggerated conclusion that “an ostensibly all-male Klan” was indeed under the leadership of a woman. Despite Tyler’s appointment to oversee the development of a women’s organization that she contended, “would not be a ‘dependent auxiliary of the Knights of the Ku Klux Klan’ but would be on par with the men’s organization,” she was pushed out.

The WKKK was officially chartered on June 10, 1923, and headquartered in Little Rock, Ark. (Tyler died the next year). The distance from the Knights of the Ku Klux Klan’s headquarters in Atlanta symbolized the independence of the WKKK from its male counterpart. It was billed, as Blee notes, as “an organization by women, for women, and of women [that] no man is exploiting for his individual gain.” The WKKK grew rapidly. Within two years, membership was estimated at 500,000 with chapters in every state of the Union.

The recruitment philosophy of the WKKK was underscored by feminist notions that rejected patriarchy and urged women, whether at home or in business, to “put her efforts behind a movement for 100 percent American womanhood.” Women had won the right to vote. Their duty was not only a racial one “to ever be true to the maintenance of White Supremacy” as outlined in the Kloran or Ritual of the Women of the Ku Klux Klan, but also a political one in which the struggle for gender equality would be central to the movement. While Klansmen exploited symbols that underscored patriarchy and relished in the supposed superiority of white American male Protestantism, Klanswomen rejected the notion of female vulnerability and complained of their historical and contemporary exclusion from American politics. To them, the supposed superiority of white Americans extended to white women, too. As Blee puts it, “Klanswomen embraced the KKK’s racist, anti-Catholic, and anti-Semitic agenda and symbols of American womanhood but they used these to argue as well for equality for white Protestant women.”

But the heyday of the WKKK was short lived. By the end of the 1920s as the Klan declined due to internal conflicts over leadership, corruption and gender—as well as public outcry over its mounting atrocities—the women’s order was completely dismantled and unlike its male counterpart, it failed to reemerge.

This, however, did not end women’s involvement in the white nationalist movement.

During the 1930s and 1940s women’s participation in white nationalism continued, as they served as auxiliaries in such organizations as the pro-Nazi German American Bund and numerous women’s patriotic societies. Much as is the case today, these women tended to articulate their activism within the context of safeguarding traditional gender roles. They worked behind the scenes as subordinates to the public activism of their male counterparts. Yet when they emerged in public, their impact could be great. For example, during the 1950s, as Toni Morrison observed in her article “What the Black Woman Thinks About Women’s Lib,” white women who viewed themselves as protectors of public education became the public face of anti-integration. One could hardly forget the “faces of those white women hovering behind that black girl in Little Rock in 1957,” Morrison wrote.

White nationalist movements that remerged in the 1980s have now once again overtaken the streets of America with angry white men as their public face. Yet, regardless of the role they have chosen, quiet traditionalist or outspoken alt-feminist, the women of white nationalism have always been there, standing by their men.

Historians explain how the past informs the present 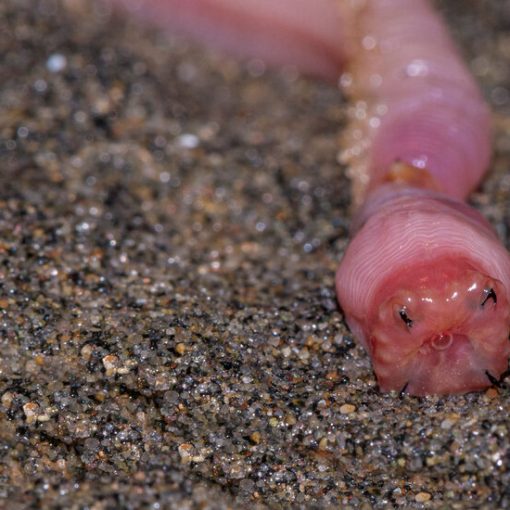 Glycera dibranchiata is exactly the kind of creature you don’t want to find at the bottom of your beach bucket. They are […] 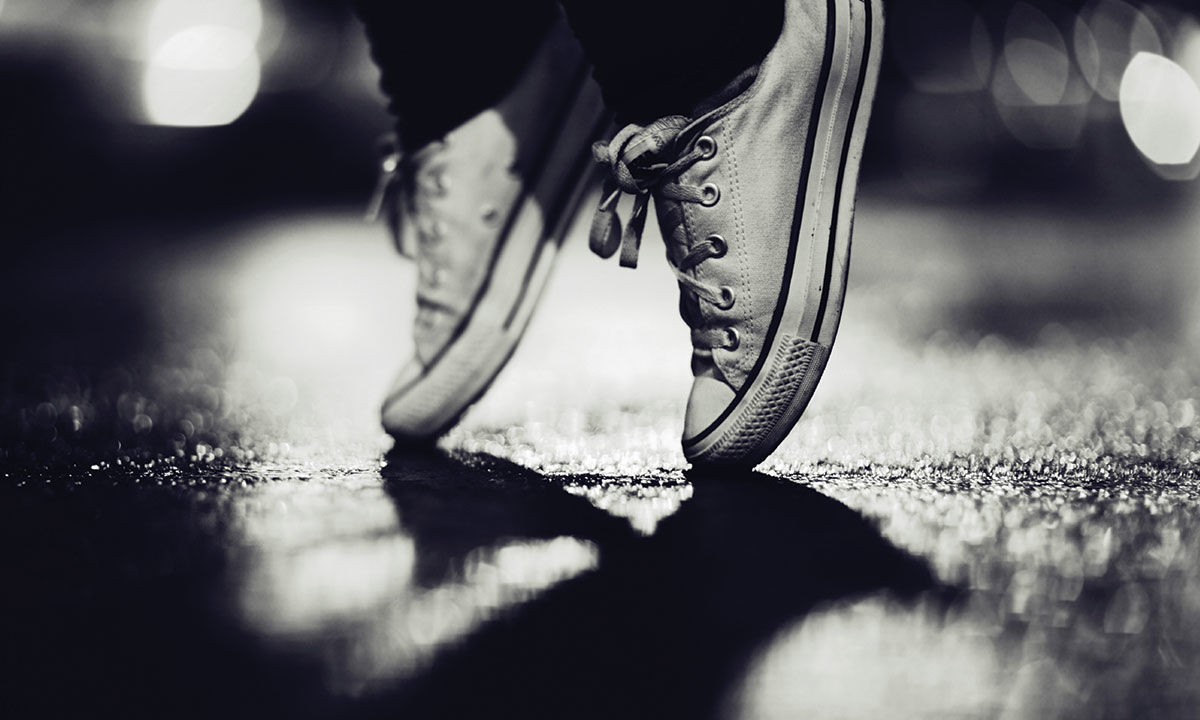 PeopleImages/iStockphoto By John BohannonFeb. 4, 2019 , 9:00 AM Contestants in a global scientific competition are flying toward the finish line. They […] 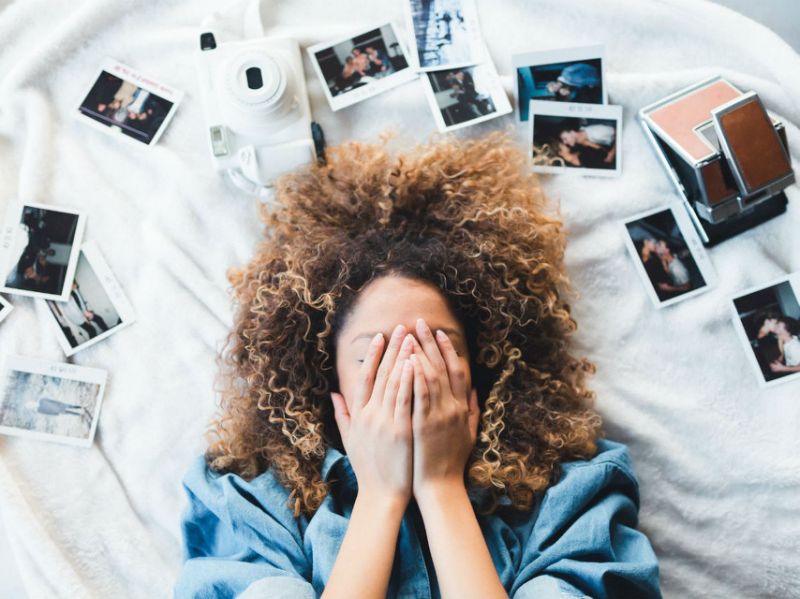 ian dooley / Unsplash About 70% of the population experience déjà vu. It’s the sense of familiarity that feels misplaced because you […] 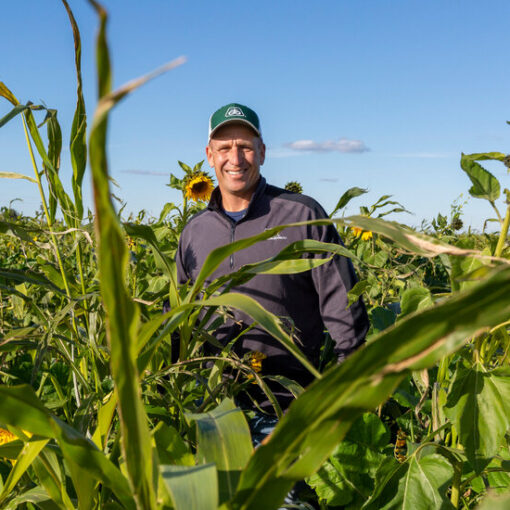 That’s because truly additional, permanent storage of carbon may be at odds with other financial considerations that govern how farmland is managed. […]