Hurricane Irma slowly began winding down Sunday night as it headed north over Florida, where it twice made landfall and plunged millions of people into darkness.

The center of Irma’s eye passed over Cudjoe Key at 9:10 a.m. ET, the National Hurricane Center reported, and by 3:35 p.m. it made landfall again on Marco Island, 180 miles south of Tampa.

No casualties were confirmed Sunday, but the extent of the damage after a day of triple-digit winds and raging waters couldn’t fully be assessed until daybreak.

At 12:30 a.m. Monday, the center of Irma, by then a Category 2 storm, was about 50 miles southeast of Tampa, about halfway up the Florida peninsula.

“The center of the storm is actually moving inland, rather that staying out partially over water and moving right up and down the coast,” said Ari Sarsalari, a meteorologist for The Weather Channel. “So this is going to help the storm to weaken a little bit quicker.”

The National Hurricane Center said the inland push would likely keep Irma’s center over land, where it should lose hurricane intensity sometime on Monday over far north Florida.

The Latest on the Storm

Irma was still spinning off a very large wind field, however, and as it slowly approached the Tampa Bay area of Tampa and St. Petersburg late Sunday, forecasters urged Floridians not to let their guard down, warning of as much as 16 inches of rain and tropical storm-force winds well into Monday morning.

“In all areas this rainfall may cause life-threatening flash floods,” the National Hurricane Center said at 11 p.m. ET.

In Tampa and St. Petersburg, which haven’t been struck by a major hurricane since 1921, 6 p.m. curfews were declared with about 28,000 people in shelters throughout Hillsborough County, NBC affiliate WFLA of Tampa reported.

All emergency services were suspended Sunday night in St. Petersburg and Hillsborough County, and some were suspended in many other counties and municipalities, as winds made it too dangerous to be outside.

“Now is the time to urgently hide from the wind,” the National Weather Service’s Ruskin, Florida, office said shortly before midnight Sunday.

Evacuees fled as far north as Tennessee, where Eric Gerhardt of the Tampa Bay area pulled into a shelter with his family at Mississippi Boulevard Christian Church in Memphis.

The trip was “hectic, to say the least,” Gerhardt said. “Fuel shortages abound. There was no water to be had. People were fighting over water when shipments would come in.”

Irma slammed into Naples late Sunday afternoon with maximum winds of 110 mph and a top wind gust of 142 mph, but Mayor Bill Barnett said he’d seen no evidence of injuries.

“I would have heard of” that, he said.

“I thought Wilma was bad until Irma showed up,” he said.

Tornado warnings were in effect across the state. A twister was reported at Fort Lauderdale International Airport, the National Weather Service said, but there were no immediate reports of damage or injuries.

More than 3.5 million Florida Power & Light customers were without power late Sunday, the utility said. Many streets in Miami were submerged, and three construction cranes collapsed in Miami and Fort Lauderdale.

Looting was also a problem. Miami-Dade County police said early Monday that they they’d made 28 looting-related arrests, while nine people were arrested after breaking into a pawn shop in Fort Lauderdale, police said — and Broward County Sheriff Scott Israel gave them a tongue-lashing in a message posted on Facebook.

“Looters: your behavior is illegal, it’s felonious and it won’t be tolerated,” he said, adding that he’d make sure his deputies examined every possible camera that could have captured the thieves.

“It’s unscrupulous and deplorable to loot at a time when we’re battling one of the major storms of the century,” he said.

Georgia authorities told 540,000 residents to leave the coast and South Carolina ordered nearly 45,000 people to evacuate as Irma was expected to arrive Monday.

Georgia Gov. Nathan Deal expanded the state’s emergency declaration to cover all 159 counties on Sunday and closed the state government at least through Tuesday.

All of Monday’s flights at Southwest Georgia Regional Airport in Albany were canceled. In Macon, a fifth shelter was opened Sunday after evacuees filled four to capacity, NBC affiliate WMGT reported.

Shortages of gasoline and bottled water were reported Sunday night throughout metro Atlanta, where Irma’s impact could be felt for months.

“Let’s say there’s a portion of Georgia or Florida that becomes uninhabitable for a long period of time. Those evacuees might decide to remain here, so we could have a significant bump in our population because those people don’t have anywhere else to go,” said Thomas Smith of the Goizueta Business School at Emory University in Atlanta.

That would add pressure to resources going into and out of the state, and it “could even affect housing and wages,” Smith told NBC affiliate WXIA.

In South Carolina, Gov. Henry McMaster visited the state Emergency Operations Center in Columbia and warned residents that when Irma arrives, it could be “as damaging as Hurricane Matthew” — which killed 30 people and did about $1.8 billion of damage in North and South Carolina in October 2016.

“Nature is powerful, and if you’ve seen those photographs and films from down south, you realize how powerful,” McMaster said. “Sometimes, we forget how powerful it is, but everybody remembers Matthew.”

Alabama Gov. Kay Ivey said all state offices and buildings would be closed Monday in 24 counties under tropical storm warnings.

“Folks, this is an all-hands-on-deck event,” Ivey said at a news conference Sunday. “All Alabamians, but especially those in our easternmost counties, must make sure that they and their families are well prepared.”

President Donald Trump, who declared a major disaster in the Florida on Sunday, monitored progress from the presidential retreat at Camp David, Maryland. Returning to the White House, he said the response to the crisis has “been going really well.”

“The bad news is this is a monster,” he told reporters on the South Lawn. “I hope there aren’t too many people in the path. That’s a bad path to be in.”

Meanwhile, a 24th death was attributed to Irma on Sunday in the Caribbeans after it clobbered several islands, including Barbuda, St. Martin, the U.S. Virgin Islands and Puerto Rico, where 1 million people were left without electricity. 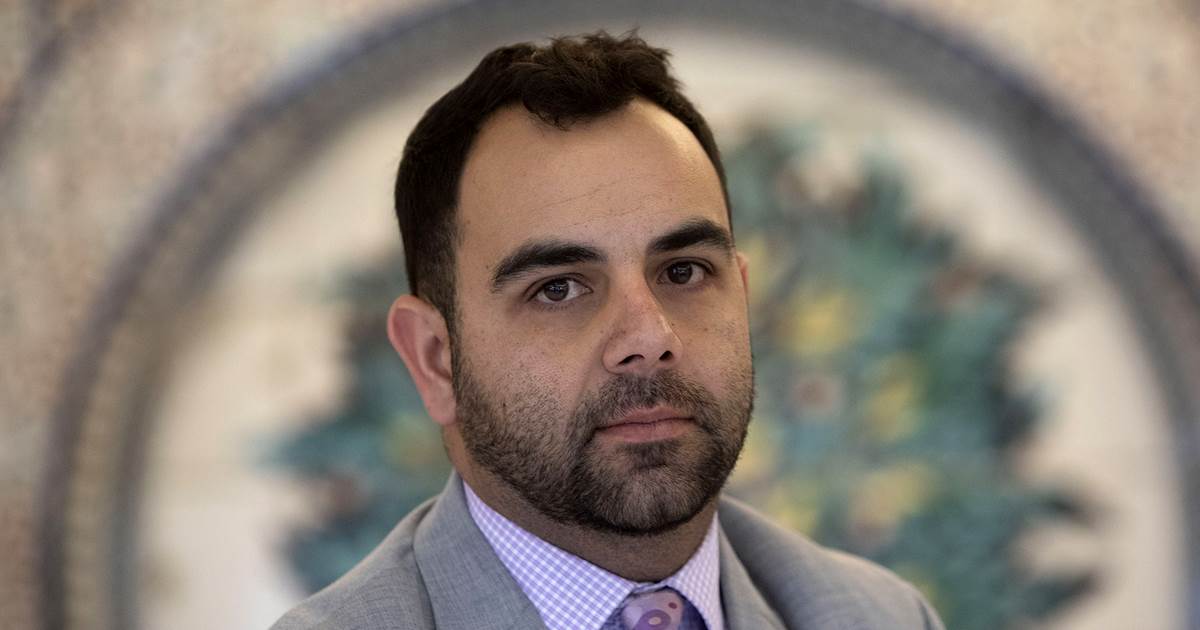 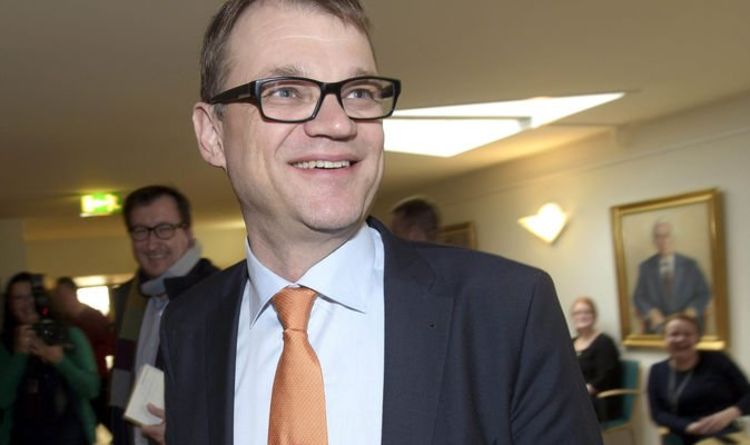 Finns will vote for a new Prime Minister and a new government in this weekend’s general election. The results will be announced […] 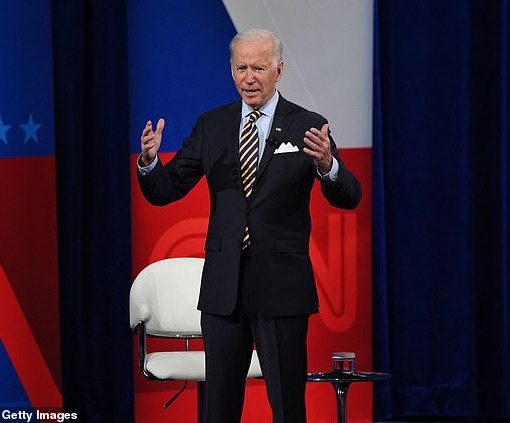 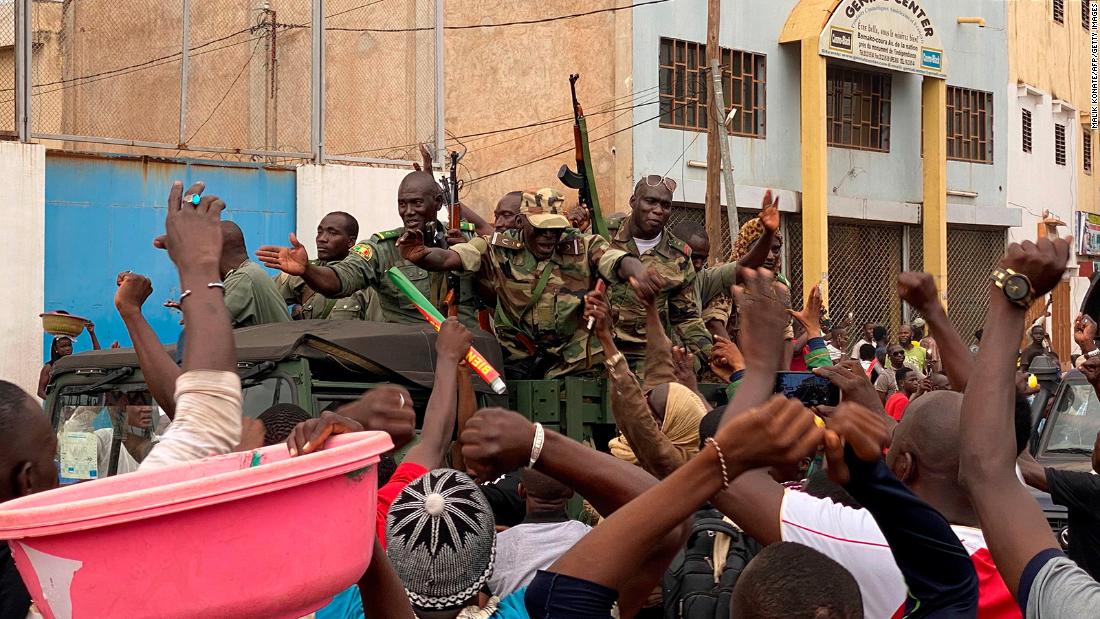