15:41: Everton manager Ronald Koeman has hinted he could sign Chelsea outcast Diego Costa this summer in his search for a new striker.

“I don’t know. I said always a warm welcome for every good player and he’s a good player,” the Everton manager said ahead of his side’s trip to Chelsea on Sunday.

“We are still looking to bring in a striker. We ned more competition up front.”

“For me it’s very important for me to continue to work and improve my players and my team,” he said.

“For sure the club is trying to strengthen our squad and our team, they’re working very hard to do this.

“You know very well the situation. You have to continue to work, if we stay with these players I’m very happy.”

Asked about a move for Fernando Llorente, the boss said: “I don’t like to talk about other players, I think it’s a lack of respect.”

And Conte was equally as flat when asked about Diego Costa’s situation.

13:28: Diego Costa’s transfer stand-off with Chelsea has already cost him an inclusion in Spain’s squad for next week’s international break.

Costa has been omitted from the side that will face Italy in a massive World Cup qualifier on September 2, before a more routine game against Liechtenstein three days later.

Costa remains in Brazil and has said he will only return to Europe in order to complete a switch to Atletico Madrid.

12:59: Mark Hughes says Stoke are likely to continue to sign Chelsea players on loan in the future – because they are so good.

Kurt Zouma is the latest Blues player to head out on loan to Stoke.

And Potters manager Hughes is delighted with the centre-back.

“We’ve had the benefit of other Chelsea players come here on loan and that stands us in good stead,” he said.

“Victor Moses and Marco van Ginkel have gone back and given glowing reports of us, so Chelsea know they are going to a good place.

“It (the relationship with Chelsea) seems to be working well and may well continue in the future.”

11:15: Chelsea are preparing a bid for Swansea star Fernando Llorente.

The Telegraph claim Antonio Conte wants to bolster his attacking options, and will submit a £15million bid before Thursday’s deadline.

The Spanish international served under Conte at Juventus, and is interested in linking up with him again at Stamford Bridge.

Swansea were unwilling to sell Llorente in January, but with their pursuit of Wilfried Bony gathering momentum – Paul Clement might be willing to change his stance.

11:10: There’s just too many Llorente’s these days folks.

Chelsea have identified Real Madrid’s central midfielder Marcos Llorente as the ideal replacement for Nemanja Matic, according to the bookies.

TribalFootball claim the coveted playmaker is considering his options with potential first-team opportunities at a premium.

And bookmakers BetStars have responded by making Chelsea 5/4 favourites to secure his services.

“Spain Under-21 international Llorente impressed during a loan spell at Deportivo Alaves last season, but has struggled to secure a permanent place in Zinedine Zidane’s starting eleven since his return to the Bernabeu.

“Llorente is priced at 5/4 to follow in the footsteps of fellow Spaniard Alvaro Morata and swap Los Blancos for The Blues this summer.”

But having been unable to secure any of their first-choice targets, Spanish website Don Balon claim they’re now looking at Belotti.

The Daily Star suggest that Chelsea are still monitoring the situation, and could make a move for Belotti before the transfer window slams shut next Thursday.

11:00: Loic Remy is on Cagliari’s radar as a back-up plan in case the Italian side fail to sign Napoli’s Leonardo Pavoletti.

Cagliari started their Serie A campaign with an unsurprising 3-0 defeat at Juventus last weekend.

The club are in search of a striker and Pavoletti is their top choice.

However, Sky Sport Italia claim a swoop for Remy is in the pipeline in case a deal for Pavoletti cannot be ironed out.

Remy spent last season at Crystal Palace and is not part of Chelsea manager Antonio Conte’s plans for this term. 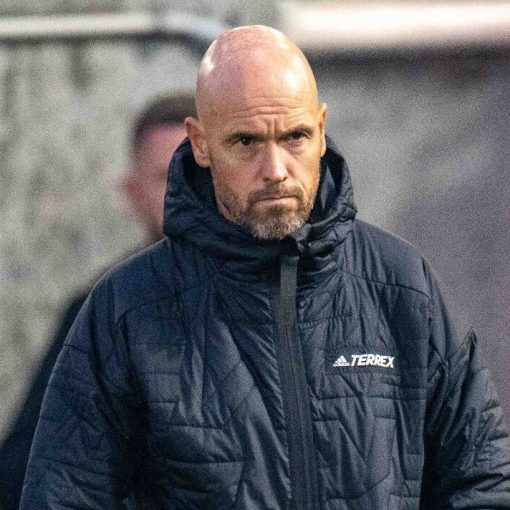 Chelsea vs Norwich LIVE: Mason Mount snaps his 25-game scoring drought before Callum Hudson-Odoi doubles the lead inside 18 minutes as the […]

Brooklyn Nets general manager Sean Marks has been suspended one game without pay and fined $25,000 for entering the officials’ locker room […]